Hotstar UK Price: How Much You Need To Pay? 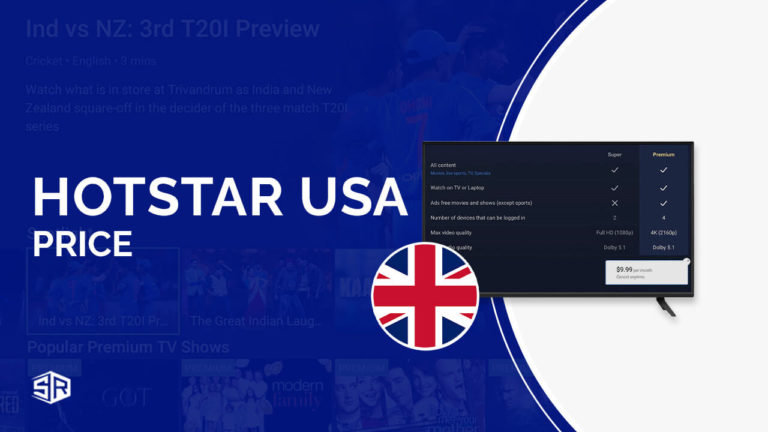 Do you enjoy watching Indian content and consider Hotstar one of the best alternatives for you? Hotstar is an online streaming service that streams live television as well as on-demand content from India, including a selection of foreign movies and series, such as the United States and the United Kingdom. Read this guide till the end for Hotstar UK price.

Disney switched Hotstar streaming programs to ESPN Plus and Hulu, including Bollywood movies and series, the IPL competition, and Hotstar extras.

Disney Plus Hotstar is an Indian brand of on-demand streaming platform operated by Novi Digital Entertainment, a subsidiary of Disney Star. It includes a variety of the top Disney+ Hotstar movies and shows to watch with the help of a VPN like ExpressVPN.

You must be intrigued by how to watch Hotstar in UK or any other location, yet first, you should understand Hotstar UK prices and plans, as well as how much you need to pay in order to enjoy Disney+ Hotstar content in UK.

This article covers everything you need to know about Hotstar British’s various pricing options, so without any further delay, let’s dive in;

How much does Hotstar Cost in UK? 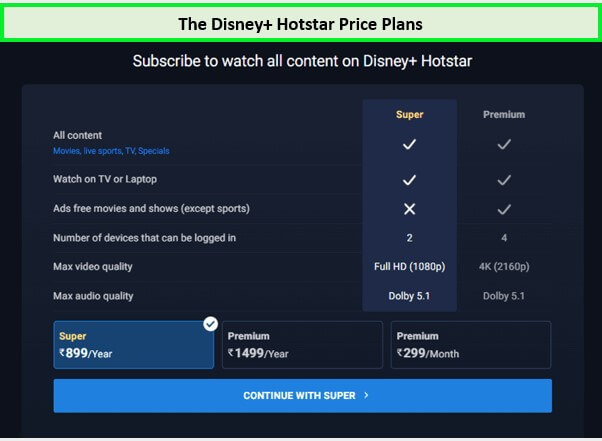 In the United Kingdom, there are two Hotstar subscription UK plans, as opposed to one in India. In India, Hotstar offers three major plans: basic, VIP, and premium.

Which Hotstar Subscription is best?

The programming and watching experience is the same for both subscription options of Disney Plus Hotstar UK price plans. There is no distinction in content. Both options allow the user to access two screens at the same time.

The number of accessible channels and material language is likewise identical. The only distinction is the duration of the membership and the fee.

The yearly pack is over 40% less expensive and provides the same content and user experience as the monthly membership bundle. To save £27 (INR 2,596.02), our recommendation is to sign up for Hotstar premium UK price plan.

Why I should Subscribe to Hotstar UK Price Plan?

Hotstar UK offers you to stream Indian shows, films, sports, and other content. Hotstar UK, like Indian Hotstar, can be downloaded via the Google Play Store, Apple Store, or Amazon Store. To stream Hotstar in UK, you will not need to change the region. That’s fantastic.

Another reason to watch Disney+ UK is that Disney+ Hotstar premium has all of the Marvel films and series that are currently available and you do not need a VPN to access them. However, there is a content difference in both the Indian and British libraries that you must access with the help of the best streaming VPN if you want to watch!

What Channels are on Hotstar UK? 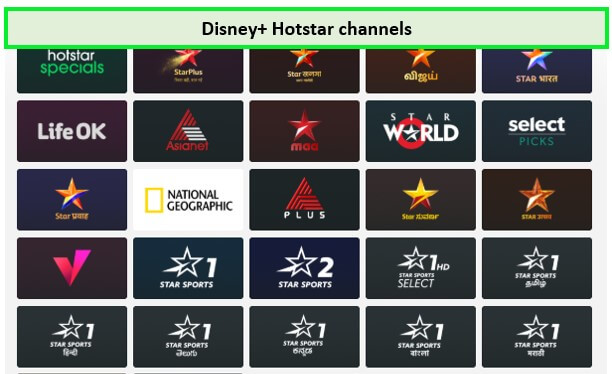 All of the channels on Disney+ Hotstar UK price plan are Indian. It contains live news, sports, film, and television show channels. The finest thing is that information is available in many Indian languages. The entire list of TV channels accessible on Hotstar UK is shown below to watch the best shows on Hotstar and Eternals on Hotstar.

Is Hotstar free in UK?

Is there a free trial for Hotstar in UK?

Hotstar UK price plan does not provide a one-month free trial. It does, however, provide a 48-hour cancellation time with a full refund.

How do I pay for Hotstar in UK?

Hotstar AdServe’s advertisements are all pre-paid. You can fund your campaigns using a debit card, a credit card, or Netbanking. You will be contacted by email when your ad has been approved.

Disney+ Hotstar offers the most recent TV movies, series, and live sports. It is a top Indian streaming service that offers over 100,000 hours of episodes and films.

The cost of Disney+ Hotstar is determined by your specific requirements and preferences. If you enjoy Indian films, the Hotstar UK price plan is well worth it since you’ll have access to unique content such as Rudra and Hawkeye on Disney+ Hotstar in the United Kingdom.

So, if you’re seeking a cheap and easy way to stream episodes and movies in UK, Disney+ Hotstar is your best bet. However, if you need to access the Indian content library then you must subscribe to a VPN like ExpressVPN.