Underworld Movies in Order in UK: Chronologically and by Release Date! 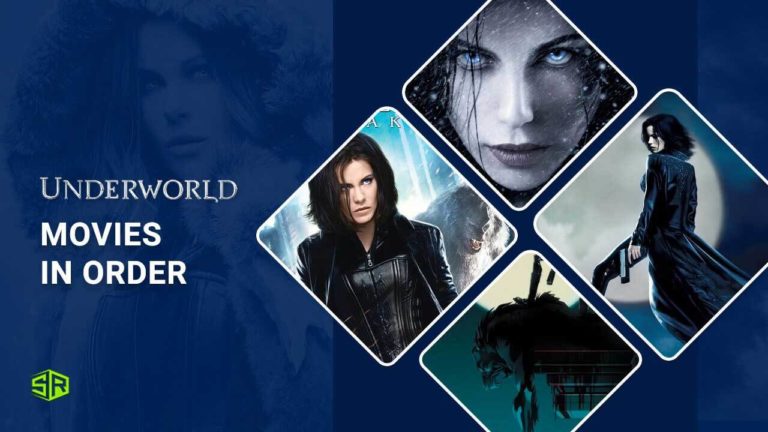 What is the right underworld movie order? Here this blog will guide you how to watch Underworld Movies in Order; both Chronologically and by their Release Dates!

The Underworld series is a mind-boggling series that chronicles the never-ending war between two enduring adversaries: Vampires and Werewolves have been two mythical enemies that have never seen each other eye to eye. The Underworld movies showcase the two neck-to-neck with several brawls and face offs. You also get to witness the love between the two hybrids Michael and Selena — quite Shakespearean.

Fans of the franchise are truly obsessed with the leather clad vampires which is great considering how well made the movies are. You could call it a modern-day goth story about the ancient feud between the two creatures.

Speaking of vampires, how can we forget Twilight. You can check out our blog on All Twilight movies in order if you feel like catching up on those after watching the Underworld movies in order.

Selena is a Death Dealer who took an oath to remove the presence of werewolves from the face of this planet. But that was the plan until she met Michael, a vampire/werewolf hybrid.

You get to see major flashbacks, prequels and timeline changes that can disturb the natural cycle or chronology of this movie. But don’t worry, we’re made the list for you and now all you have to do is follow it to fully understand and watch Underworld movies.

What is the Correct Order to Watch Underworld Movies?

This franchise is full of action, violence and a lot of dramatic sequences. There are two ways for you to watch the movies to fully grasp the concepts and constantly changing plotlines: chronological and release dates.

So where to watch underworld movies? The Underworld series in order is available to watch on Amazon Prime.

Chronological Order of Underworld Movies to watch is as below; 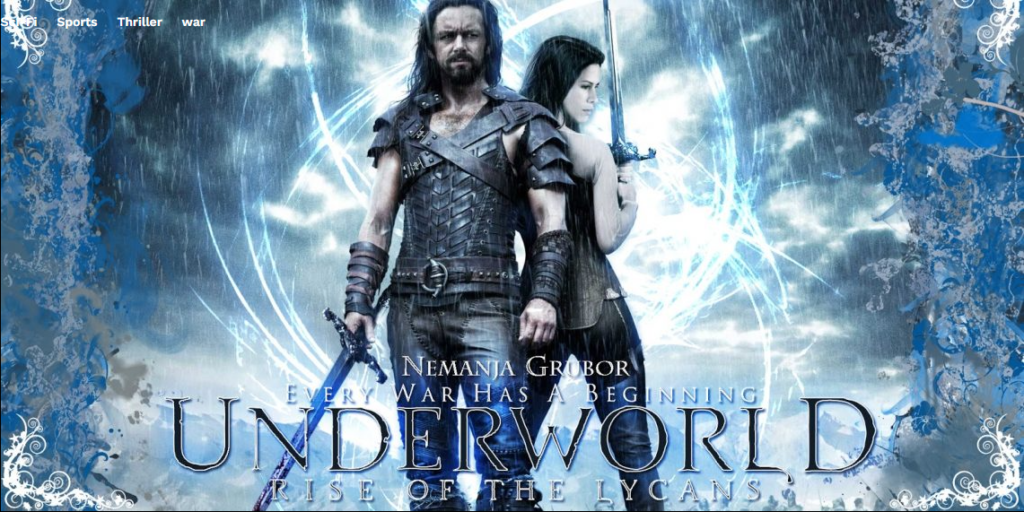 This third movie of Underworld movie the rise of the Lycans is dedicated to the origins of Lycans. Their beginning and who was responsible for raising Viktor. How did Lucian grow up and how did he fall in love with Victor’s daughter in rise of the Lycans? What really happens to Sonja once they discover her affair with a Lycan? Does she survive? Would anger and fury take over and start the end of the beginning in rise of the lycans? 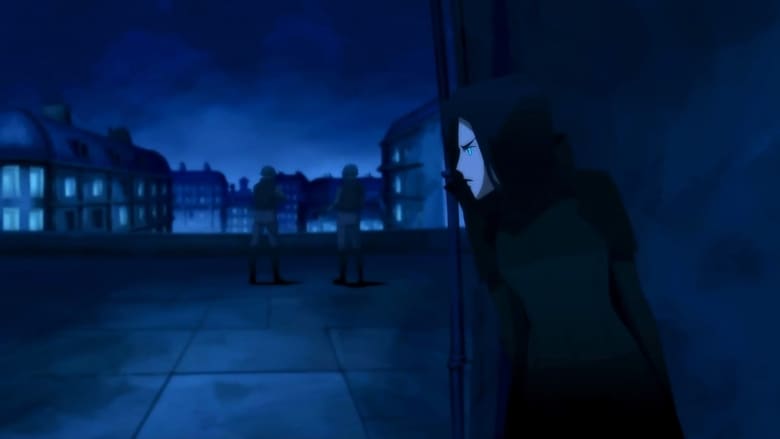 This Underworld endless war is an animated Underworld movie that spans over a century — yes, you heard that right. This endless war movie shows Selena in three separate timelines: 1980, 1967, and 2012. She can be seen fighting and strategizing to eradicate the most powerful Lycan brothers in endless war. It is series of three short anime films as a part of the new Underworld Trilogy.

These are the same people who are dominating and want to gain full control over the world in endless war. You get to see Selena improvise and change her missions depending on the evolving technology and weapons over the decades in this endless war. If you are wondering where to watch underworld endless war than Amazon Prime is the answer.

Fan of movies that have fantasy and adventure? Then you can also watch all the Star Wars movies in order. 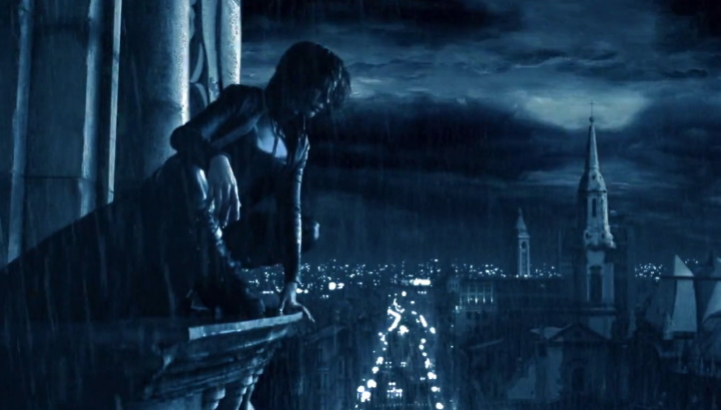 The first film of the Underworld movie series introduces us to Selena the death dealer who hopes to eradicate werewolves from the face of this planet. In one of the battles, she ends up saving Michael only to realize that he got bitten by a Lycan. At the same time, she discovers that the person responsible for killing her parents was Viktor, a vampire elders — until now she believed that it was a Lycan.

And if that wasn’t enough, the two also find out the ancestry of Michael only to realize that he might become a hybrid instead of a werewolf in this first film of Underworld movie.

How does the movie end and can they both coexist together let alone fall for one another, that remains to be seen.

If you like movies in order then we have also compiled the list of best Marvel Movies in Order for you. 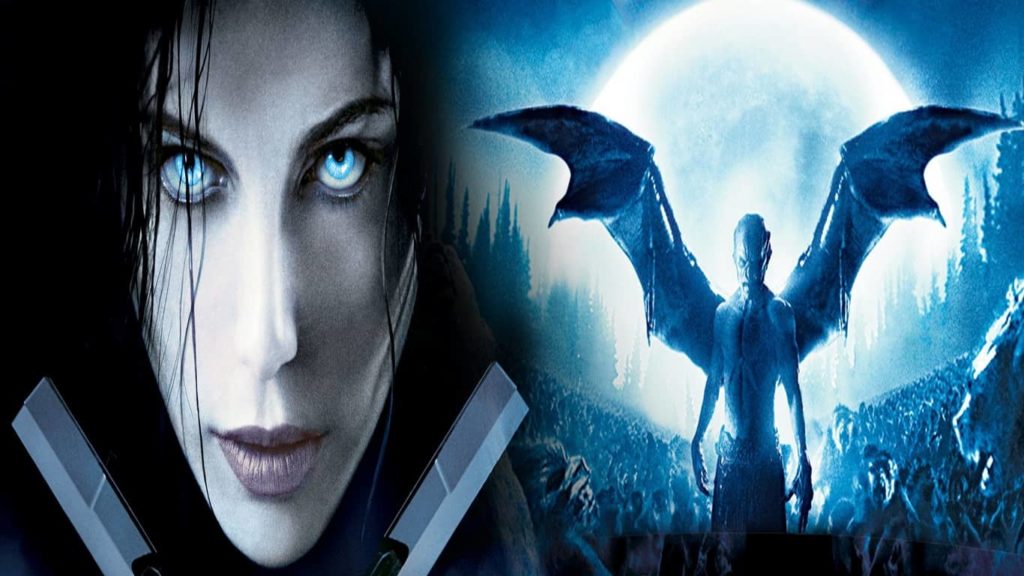 The second installment of the franchise has both Selena and Michael on a quest to understand and find out more about their respective bloodlines.

They also meet Alexander, an ancient vampire, who informs them about the ancient rivalry between the vampires and Lycans in the second part of the underworld movie. At the same time, there’s an attack on Alexander which ends up badly in the previous films. This is when Alexander asks Selena to drink his blood to become a hybrid after which both Michael and Selena begin their own journey in the newly hybrid states.

If you’re a fan of the movies which include a lot of racing then you can also binge watch Fast and Furious Movies in Chronological Order.

In 2012, after Alexander Corvinus, death  Selene returns to Paris with the intention of killing Krandrill with the help of Michael Corvin .  Having been lured back to Paris by Krandrill, Selene and Michael split up in order to cover more ground for Krandrill’s regular presence..

How does this Endless wars sequel end and can Selena finish off Krandrill once and for all, Lets find out on Amazon Prime! 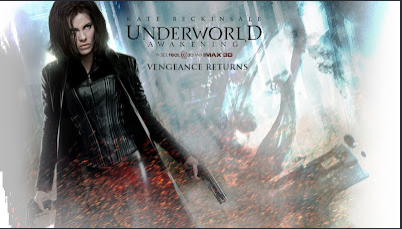 This is the fourth instalment of the franchise in which the government and human beings discover the existence of the mythical creatures in a prequel film. Humans are eager to study and research on vampires — as lab rats.

And so, we get to see many vampire hunters. Selena also finds herself hostage in a cryogenic suspension. She wakes up in 2015 to find out that her species has gone extinct. How does she save herself and the entire race?

Watch these Underworld films to find out!

Watch these Underworld films to find out! Also, you can watch the DC Universe movies in order. 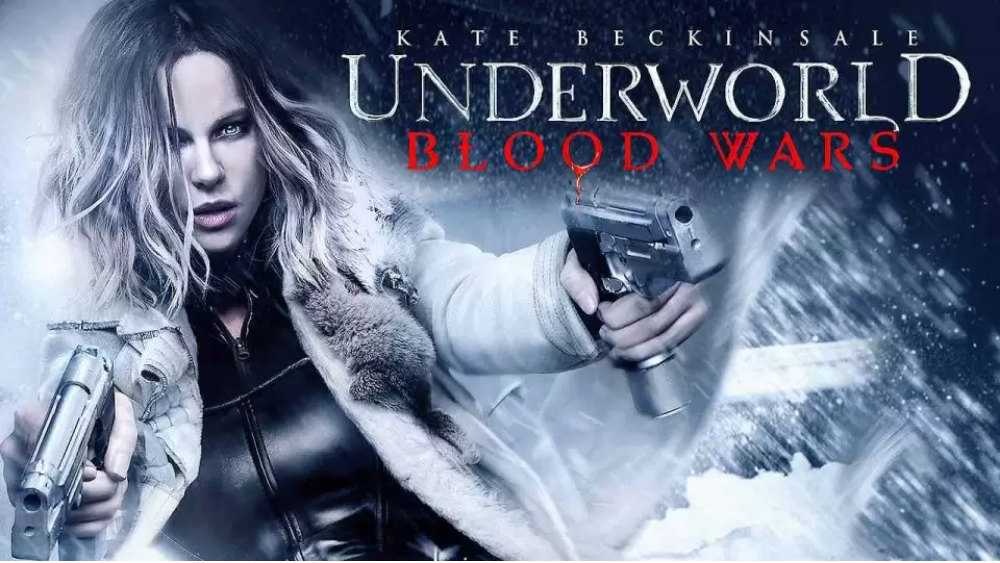 The last and final film of the Underworld franchise the blood wars shows that vampires and Lycans are almost nonexistent all thanks to the underworld blood wars. Strangely both races are hellbent on capturing Selena. She, on the other hand, has met David who later finds out that he is a legitimate heir of the Eastern Coven.

The Lycans end up finding Selena and have decided to attack the coven in blood war. During this fight, Selena also discovers who killed Michael.

This blood war is eventually won by the vampires and now Selena and David are the chosen elders in the last part of the Underworld movie. You could say that this is the finale to a franchise that started a decade ago — quite a great one at that!

If you are wondering where to watch underworld movies, Hulu Plus , Vudu, or FuboTV are few options. On Google Play, Amazon Instant Video, and iTunes, you may rent or buy Underworld to watch online.

Here we have listed down order of Underworld Movies by Release date which is a recommended order to watch;

How many Underworld movies are there altogether?

To date, there have been five underworld movies, with Kate Beckinsale in the lead character of Selene in all of underworld series in order.

Are all the Underworld movies connected?

Do you need to watch Underworld in order?

Prequels, flashbacks, and recollections are all part of the underworld series. The series has numerous references to earlier events that will be lost on you if you haven’t seen the previous films. As a result, it is strongly advised to watch the Underworld films in chronological order.

Is there going to be a Underworld 7?

The actress who plays Selene in the Underworld film franchise, Kate Beckinsale, has stated that a 7th sequel is improbable. She is skeptical that the genre will continue with a seventh installment of the Underworld series in order.

Why did Michael not return to the Underworld movies?

The main focus of the Underworld movies in order is, first of all, Selena. Hence, the first two movies of the underworld series have Selena as the protagonist with Michael as support. But when the story continued of the Underworld series, other facets of her personality and other relations had to be considered, like her relationship with her daughter. Hence, the return of Michael didn’t seem that important.

Is there a sequel to Underworld blood wars?

Can you watch the Underworld movies on Netflix?

Conclusion: Can We Expect Another Underworld Movie?

Touted to be career-changing for Kate Beckinsale, The Underworld movies in order are a must-watch!

Underworld is an epic tale of love, revenge, rivalry, revenge, and the battle for survival. However, after the five underworld films, expected was Underworld 6 coming out but it was revealed that Kate Beckinsale would not return as she ruled out doing another Underworld movie. Now you know how many Underworld movies are there!

Despite that, there are some incredible six movies that one must watch if they’re interested in the mythical world of vampires and werewolves along with gothic romance and some unmissable action.

As you now know what order do the underworld movies go in, start watching the series this weekend and keep visiting our site for more information about the popular content worldwide like Narnia movies in order or Harry Potter Movies in Order.