Love Island: Andrew Le Page has a Breakdown While Talking About His Partner Tasha 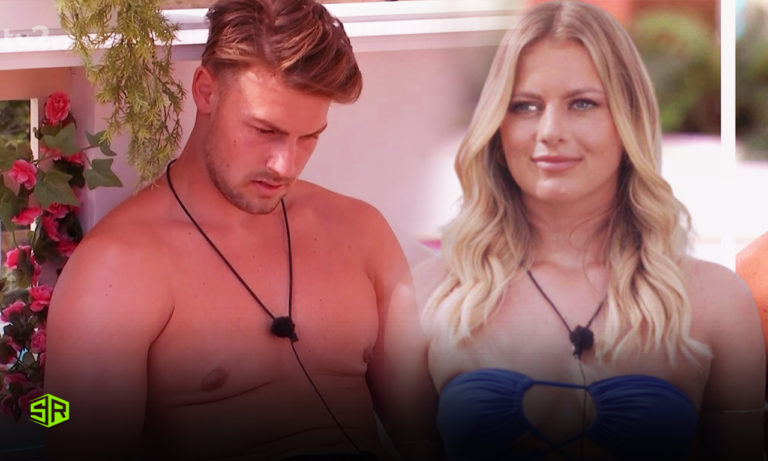 Love Island’s Andrew Le Page had a breakdown on the show talking about how his insecurity of “not being enough” for a woman had become his reality with partner Tasha Ghouri.

Wednesday’s episode of the steamy reality show ended on a cliff-hanger, teasing that the Casa Amor and the main villa will be reuniting for a recoupling ceremony.

For the last few days, the original islanders were kept away from one another and on Thursday night’s episode, they’ll make a make-it-or-break-it decision; staying loyal or moving on by dumping their original partners. This surprise recoupling is called Stick or Twist.

So far, only Tasha and Andrew have stuck with one another throughout the show. Although, many have questioned Tasha’s true feelings towards Andrew.

In an attempt to move on from Tasha, Andrew makes out and cuddles with the newcomer Coco Lodge, however, it fails to do the trick. Andrew, later on, breaks down in front of Jacques O’Neill on the terrace while thinking about Tasha.

“I haven’t cried over a girl in years. I literally opened up to her, my fears were being with someone and not being enough, she listened to that.”

Jacques tries his best to console the distraught guy:

“Anyone would be lucky to have you because you’re such a respectful guy, you treat girls right.”

However, Andrew shots back:

“It’s not enough for the girl I wanted.”

Jessica (@__jhessie) on the other hand seems to be suspecting Dami of being hypocritical:

The same Dami that told Tasha "if you have everything you are looking for in Andrew why look outside?" It's how these guys are quick to say ultimate test for me. it is a test for a reason you don't need to force it comonnnn #LoveISland

Loui Nya (@LouiNya) believed the boys ganging up on turning Andrew against Tasha was excessive:

I don't like Tasha, but… This is too much. These girls that never personally met her shading her like this and making Andrew completely turn on her + the boys edging him on is just mad. No girl should be ganged up and humiliated like that. #LoveIsland

While sitting at the beach hut, Andrew further said:

“Tasha was what I wanted, I felt like we were building something, obviously she didn’t mean any of it or I was just there because I was easy for her.”

Twitter user @karlakartistry was all in favor of Andrew as she sympathized with him:

Andrew clearly really liked Tash, that’s why he’s so hurt. If Tash gave him the time of day and security he showed her he wouldn’t bother or of bothered with Coco. We’ve seen this 100 times with past girl contestants it’s actually heartbreaking #loveisland

On the other hand, in Casa Amor Tasha was absolutely glowing after receiving a passionate kiss from one of the newest arrivals in the villa, Billy Brown.

“Casa is all about exploring connections and with Billy there is an extra bit of flirty, happy vibes. I am here to explore that, selfishly I am here for me, it is my own personal journey.”

Later on in the episode, she also spoke to Billy:

“I enjoy having a laugh with you and the girls even said they see a different side to me and they haven’t seen this side to me in four weeks since I’ve been in the villa. You bring out the fun side in me and I can see us two going on a night out and having an absolute laugh and that’s what I want.”

While talking in the beach hut she said:

“Me and Billy are getting on really really well, genuinely a house on fire. I have never had this vibe before so it’s an interesting one.”

As the episode moved forward, the islanders received a text announcing the upcoming recoupling ceremony followed by host Laura Whitmore entering the villa in a hot pink dress and addressing everyone with:

“Hello everyone, how are ya? it’s been a while.”

Paige Thorne for one has been longing to be reunited with Jacques. She said: “I am one of those people that is a glass half full. I am actually really excited to go back just so I can see Jacques again.”

Meanwhile, Jacques was seen snogging the newcomer Cheyanne Kerr and also went on to suggest he’d be interested in recoupling with her.

Dami Hope who’s currently partnered with Indiyah Polak, kissed the new bombshell Summer Botwe, seems to be having a hard time getting his thoughts together with the ceremony coming up and said: “My head’s fried, scrambled, whatever way you like your eggs. That’s the way my head is right now. I’m scared.”

Love Island shared a teaser about what’s to come in the newest episode:

Last week, the show ended on a cliff-hanger as it teased the return of Casa Amor and a double dumping scene in the upcoming episode. To catch you up a bit, there was some trouble in paradise as the lovebirds’ Gemma Owens and Luca Bish contemplated meeting up with new partners as the Casa Amor kicked off.

However, Luca managed to stay steadfastly loyal to his sweetheart Gemma despite the new bombshells throwing themselves at him. The boy sure earned quite some praise for his loyalty from Love Island fans all over social media.

You can catch Love Island every night at 9 pm, except Saturdays, on ITV2 and ITV Hub. Here’s how you can watch Love Island outside of the UK, in case you don’t have access to ITV2 or ITV Hub.