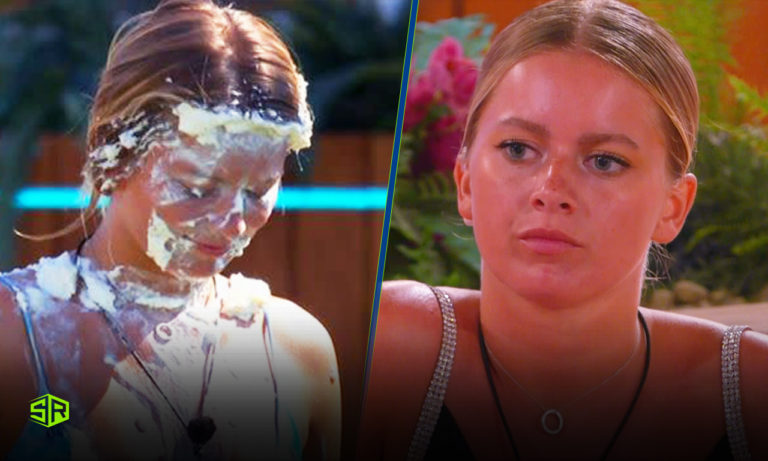 By the looks of it, bullying seems to be a recurring theme for this season.

Love Island UK came under fire once more as Ofcom received a number of complaints by viewers that the male contestants were bullying Tasha Ghouri.

The 23-year-old became a victim of a brutal snub when the producers introduced a round of ‘Snog, Marry, Pie’, and Tasha was accused of being a ‘game player’ by the rest of the contestants.

Afterward, Tasha was visibly upset by the guys’ comments and had to be comforted by the girls. Even though most of the boys apologized after the incident, audiences at home labeled the act as “disgusting.”

Love Island UK Season 8 has already racked up more than 4,000 complaints this year.

Lots of you have been in touch to complain about this weekend's Love Island episodes. These will all be carefully assessed against our broadcasting code.

Here we explain how our rules and protections apply to reality shows like Love Island 👇https://t.co/CC2zxquQui

The ‘Snog, Marry, Pie’ challenge aired on July 19th, followed by the UK government’s TV regulator receiving over 1500+ complaints, including 350 from the previous episode, which aired the ‘Suck and Bow’ challenge. In both segments, Tasha was ridiculed, and the audience was offended on her behalf.

“On July 19 the majority of complaints were about alleged misogynistic behavior from the male islanders towards the female islanders, including in the aftermath of the Snog, Marry, Pie challenge.”

The ‘Snog, Marry, Pie’ challenge included the show’s participants sharing with one another who’d they kiss, marry, or hit in the face with a cream pie. The model and dancer Tasha Ghouri was left in tears after Luca Bish, and Dami Hope made snarky comments about her before choosing Tasha as their cream pie victim.

The show has always been scrutinized for the way it has treated its participants, specifically their mental health, despite the channel toning down many of its extreme elements. Part of the reason why Jacques O’Neill left the show.

Previously, Women’s Aid also confirmed how it was in talks with the TV producers after viewers observed the “misogynistic and controlling behavior” of the men on the show.

Ofcom has also received other complaints regarding misogynistic behavior and bullying.

In a statement, they said, “We are assessing the complaints against our broadcasting rules, but are yet to decide whether or not to investigate.”

So far, complaining to Ofcom about Love Island seems to have become an annual ritual for many fans. Thus, the regulator has a hands-full summer to look forward to every year.

Ofcom maintains a public list of all the televised and radio programs that received over 50 complaints, meaning a huge number of public dissatisfactions. Only 14 programs have hit that threshold, and 11 of them were just Love Island UK episodes.

Make sure to tune into the next episode of the show on ITV2 at 9pm, to see what the ending episodes of the season have for us. For viewers outside the UK, here’s how you can watch Love Island UK Season 8 as the finale approaches.

Some of the male contestants have exhibited sexist behavior compared to the women, and the public has often addressed the topic.

According to women’s charities, Luca Bish, Davide Sanclimenti, and Adam Collard, among others, were concerned males, with the lattermost described as “abusive” since he first appeared on Love Island four years ago.

Apart from the men, social media has also called out the women for simply putting up with their toxic behavior instead of standing up to them or calling them out on it. Many users said the women doing nothing is being complicit.

Luca and Dami boldly standing on this table. The jokes writes itself. Love island is promoting bullying of female islanders and preaching be kind only to the males!! Why is Luca constantly bullying Tasha? And u think it’s entertaining, this is ofcom worthy complaint #LoveIsland https://t.co/BWpvi2VvHG pic.twitter.com/v8qFFGH0Pb

@superTV247 revealed the Ofcom complaints stats for the acts in the past few episodes:

🚨 Ofcom has received 3,000 complaints about #loveisland this week about Luca and Dami bullying Tasha. A further 500 complaints have been made against Laura Whitmore for her attitude ‘slut-shaming’ Ekin-Su on Sundays Aftersun.

@MEGTHEESCALLION declared Luca Bish is an embodiment of a “walking Ofcom complaint”:

Luca is actually the bottom of the barrel man. Thinks the world revolves around him, interrupting Adam and Page, bullying Andrew and Tasha, gaslighting Ekin. Walking Ofcom complaint that one #loveisland pic.twitter.com/xwD5x49pvS

Sam pointed out to everyone who’s voting for Luca and Gemma to reflect upon Luca’s actions:

Friendly reminder to anyone who’s voting Lucas & Gemma that this is who Luca is #LoveIsland pic.twitter.com/q8WhIK1EL9

Amy Hendleman shed light on Luca Bish’s hypocrisy when it comes to himself and others:

So when Tasha was crying because of a challenge Luca was telling her “it’s just a challenge” YET he is sulking BECAUSE of the challenge??? My brain is not braining #LoveIsland

Plus it’s not even about the argument, it’s about how he treats other people

Another user compared Luca’s actions of how he pretends to hide behind his actual feelings:

luca when gemma participates in a challenge: #loveisland pic.twitter.com/Cdp32htJFY

@Nowhey revealed their most favorite part of the entire Love Island season:

Tasha’s growth has been one of the best journeys to watch this season 🥹#loveisland pic.twitter.com/b8ogGITGUl

If the reality show has become your guilty pleasure, you can also watch Love Island USA Season 4 which has only just begun, and have a great time.