Love Island: Jacques O’Neill Quits the Show to “Get Back to Himself” 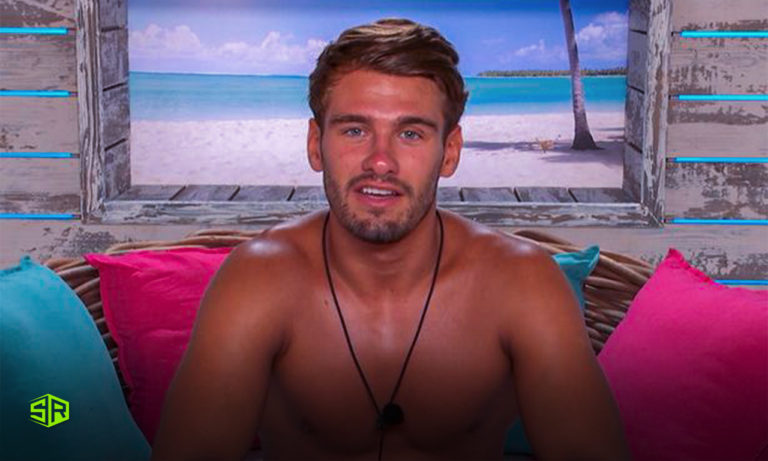 Jacques O’Neill revealed he needed to “get back to himself” as he announced his shocking exit from the Love Island villa.

The 23-year-old rugby player announced he was leaving the show in Tuesday’s episode. He also believed that it was the best decision to return home considering his relationship with the 24-year-old Paige Thorne so that he can be at his “best” for her.

The lad spent the last few days trying to win back Paige after he kissed Cheyanne Kerr while Paige was at Casa Amor.

Jacques bid adieu to the islanders in the most emotional way:

Such an emotional goodbye 😭 #LoveIsland pic.twitter.com/fXXrLH69qy

In Tuesday’s episode the couple could be seen working past their issues despite the return of Adam Collard a former contestant which caused quite a commotion in their relationship.

However, at the end of the day, Paige and Jacques went to the terrace to chat for a bit where the latter revealed emotionally that he intends to leave the show as for the past two weeks things kept getting to him.

While trying to keep his tears at bay, he said:

“I just wish I could finish my journey off with you in here but I’m going to go home today.”

Paige teared up upon hearing Jacques’ decision and the two shared a consoling hug. He also said to Paige: “You’ve got to still enjoy your time here. Just do what you need to do and I’ll be waiting for you.”

In between her bouts of crying, Paige told him, “I don’t want you to go but also I want you to be happy and it hurts me seeing you in this way.”

In the beach hut, Jacques confessed:

“I’d say in the last week, the only thing keeping me in this place was Paige. That’s the only thing I was staying for. I’ve never felt this way for anyone so I just want to get home, be myself again and carry things on the outside.”

He also went on to say:

“It’s just not fair on the girl she deserves better than me. It’s not the end of me and Paige because everyone knows what she means to me.”

He can be seen talking to Luca Bish and bidding him farewell:

He announced the news to the islanders after gathering them around the firepit and sharing his thoughts:

“I just feel like lately, I just can’t be myself. I’m trying my best but I’m not a fake person and I’m not going to start faking things and act like I’m okay when things inside aren’t actually okay.”

“For me and Paige to work I need to be at my best and if that means removing myself from the situation and waiting for Paige when she gets out then that I’m going to do.”


The revelation hugely surprised the other contestants as they went through a shock and then eventually got emotional about his exit. Luca Bish was seen telling Jacques, “It’s not going to be the same without you” through tears whereas Andrew Le Page told him he had been like a brother to him.

Later on, in the Beach Hut, Paige tearfully said:

“I appreciate everything he has done, I support his decision 100%. Obviously, it hurts me to see how unhappy he was and how he wasn’t being himself so obviously, I just want the absolute best for him.”

Paige and Jacques shared a few last moments alone after which the entire gang hugged it out to see him out of the villa.

Everyone’s feeling a bit on edge with Jacques’ exit:

The villa is full of feelings as Jacques has some hard decisions to make… #LoveIsland pic.twitter.com/UQu1TTxlIP

Earlier in the episode, Jacques was irked when the islanders told him how Adam had been talking about his behavior in the villa to Paige.

Upon confronting Paige about what had happened he rudely told Billy Brown to leave resulting in more tensions between the couple.

When Paige called him out for reacting so brashly, he withdrew considerably. Later on, in the middle of the night, he could be seen leaving the bedroom to sit by himself outside.

The following morning Jacques told Luca that he was going to “try and get back to myself” but eventually decided to leave the show altogether.

According to a Love Island spokesperson:

“We fully support his decision and look forward to seeing what’s next for Jacques.”