Love Island USA Season 4: What, When, Where, Who, and How, All Queries Answered!

It’s that time of the year to welcome summer as the season of love and just the right time for Love Island USA’s season 4 premiere to air.

This will be the first “Love Island US” season to air on Peacock exclusively. In May, Love Island USA’s official Twitter revealed switching from CBS to Peacock due to the “explicit nature of the show.”

Hey New York, let's pop up and play! Come celebrate the season premiere of #LoveIslandUSA with us. 💕 pic.twitter.com/YCJaUAlfNB

Love Island UK is nearing its end in a couple weeks, but UK viewers must not worry too much. Here’s viewers in the UK can watch Love Island USA Season 4 premiere on Tuesday, July 19th, 2022, exclusively on Peacock.

Another thing happening for the first time for this season is airing six episodes on Peacock per week. Compared to “Love Island UK,” that’s just one episode less as it airs daily, and one more episode when compared to the first three seasons of Love Island USA on CBS.

Similar to its UK predecessor, Love Island USA will follow the lives of hopeful and good-looking singles stranded in a tropical location, searching for their true loves and a huge amount of money. Here’s the synopsis for season 4:

“Islanders couple up in new surroundings to compete in naughtier games and sexier challenges. Throughout their stay, temptations will rise and drama will ensue as Islanders are forced to decide if they want to remain with their current partners or ‘recouple’ with someone new.”


“Islanders will also be at the mercy of viewers at home who will vote to determine who gets another shot at love and who leaves the villa heartbroken and empty-handed.”

Where is ‘Love Island USA’ filmed?

Love Island USA season 4 will be NSFW, that’s for sure. The season is full of exotic sceneries from a lavish beach villa situated on the Californian coast. You may be skeptical about the title and the location, but we assure you it’ll be worth your while.

To give you a run-down, season 3 was filmed on an actual island – Ninole, Hawaii; season 2 was filmed in Las Vegas, and season 1 on Fiji.

Modern Family fans will surely be able to recall Sarah Hyland. She’s the one who will be hosting the latest season of Love Island USA, taking over from Arielle Vandenberg, and comedian Iain Stirling will be narrating season 4. So far, the veteran has served as the narrator for eight seasons of Love Island UK, so his familiar voice will be the perfect addition for Love Island fanatics.

Read Sarah Hyland’s Instagram post as she announced the good news. The actress-turned-host with a fresh tan wore a bikini with a gold body chain and a big sun hat, held a glass of rose in hand, and is all set to host Love Island USA Season 4 in Cali.

“I got a text! And it’s a juicy one! I can’t wait to be your new host of @loveislandusa #hostesswiththemostess #loveisabeach.”

Scottish comedian Ian Stirling shared how he had to struggle while narrating for Love Island USA. In case you don’t know, given the BAFTA winner’s descent, he has a very distinct thick THICK Scottish accent. There’s also the fact that certain slang and sayings are said differently in the UK compared to the US.

While talking to The Arizona Republic, he said:

It means “to make someone appear stupid, especially by deceiving them or treating them badly in a relationship,” according to the Cambridge dictionary. In the U.S, you’d refer to such a person as ‘boy toxic.’

However, Iain isn’t that clueless. In fact, he’s familiar with the American culture to a certain extent. “I think — and I’m sure Americans do know this — but literally, like, half of our news feed is American news, American politics. If you go to the politics section of the BBC website, half of it will be U.S. politics.”

“Culturally, I think, we’re sort of alright. All the TV shows, I sort of get. The sports, I don’t understand. I don’t get that. Basketball is cool. But why is soccer not the best sport? It’s mad; it’s the best game. It’s so good.”

Anyway, luckily Love Island USA only includes baseball. You know, first base, second base, and so on forth, if you know what we mean.

Not familiar with Iain Stirling? Well, you can watch Love Island UK outside UK on ITV or ITV2 at 9 pm right here.

Dressed in a tropical shirt with black jeans and sneakers while holding a flag for ‘Love,’ Iain Stirling certainly looks ready for Love Island USA to kick off onscreen:

Catch the teaser trailer for the upcoming show right here:

Here’s everything you need to know about the hot and handsome participants of Love Island USA: 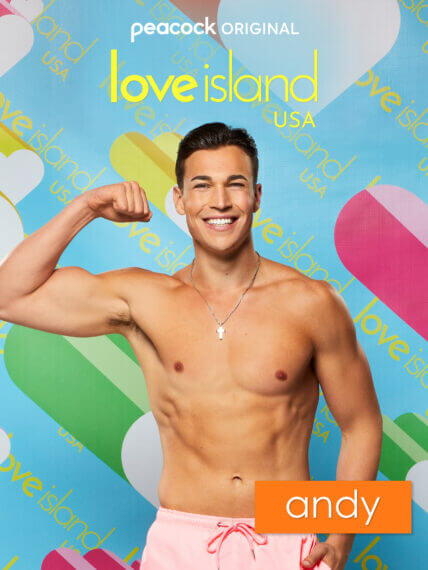 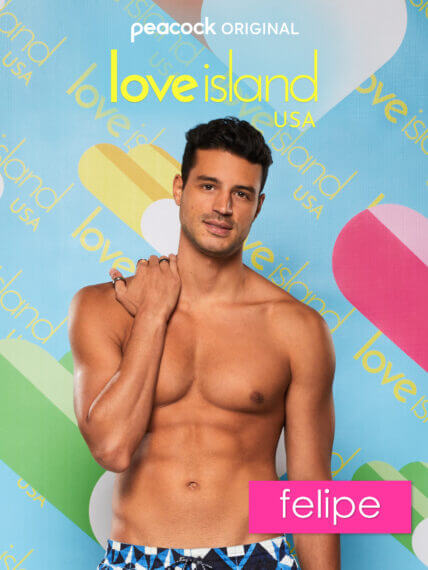 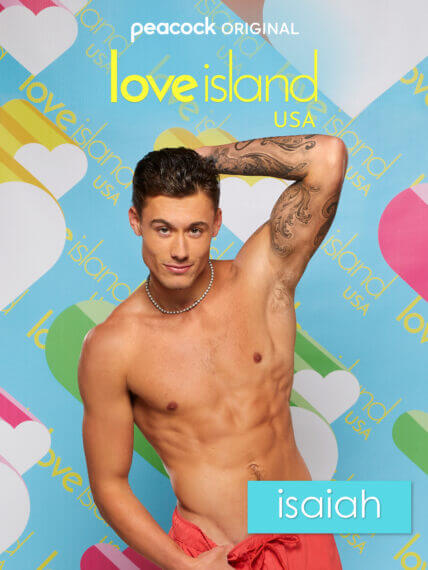 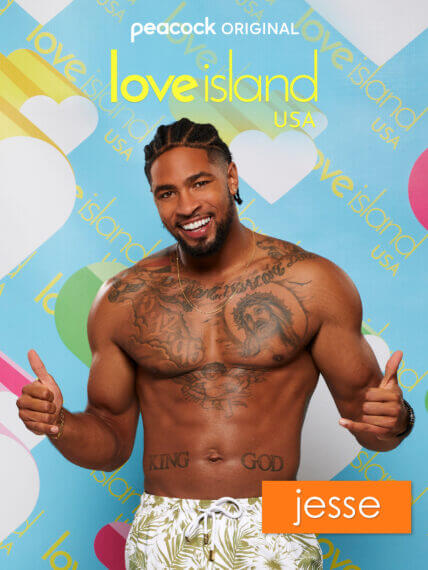 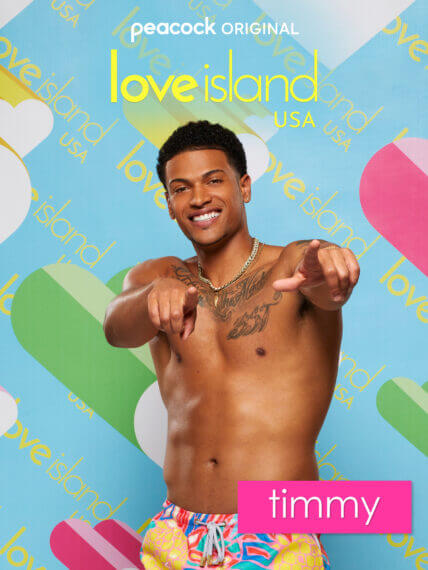 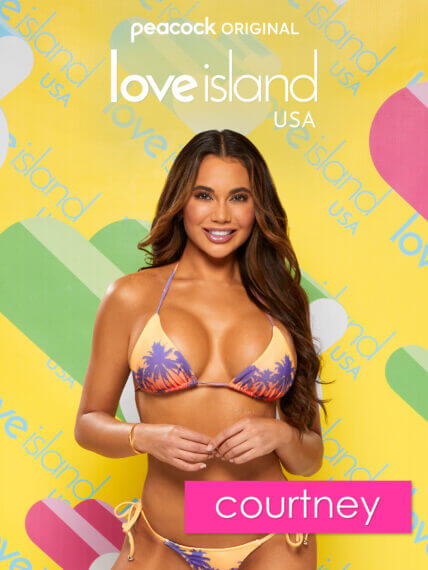 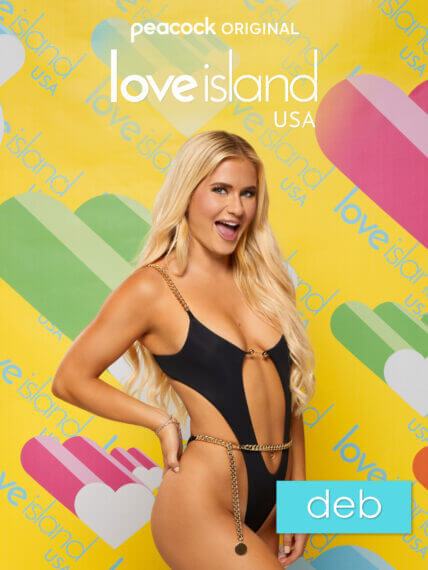 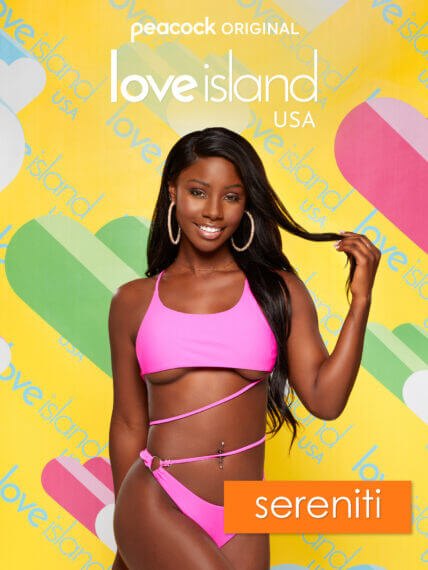 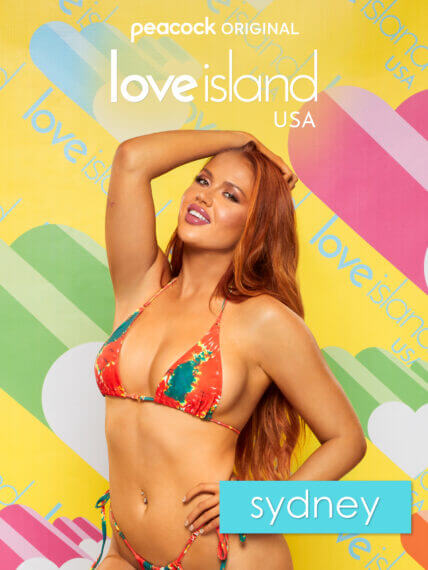 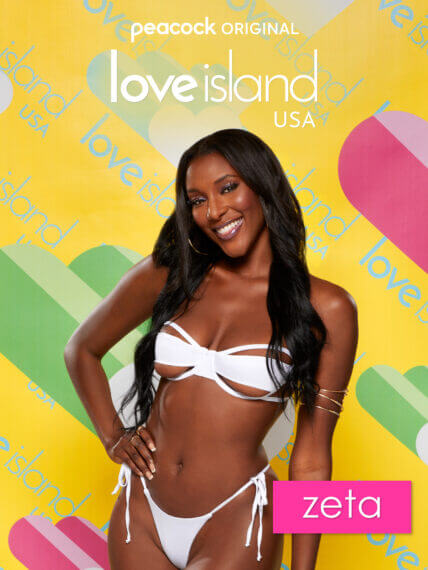