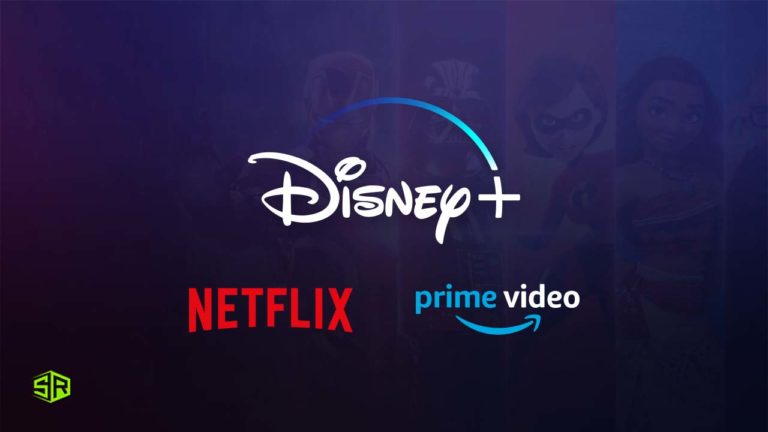 As for a fact, Netflix is the most subscribed streaming service at the time in the UK, having subscribers over 14 million, in comparison to Disney+ UK subscribers which are 4.7 million in number.

Despite that fact, Netflix is still facing a major fight on how to stop as many as 750,000 UK subscribers from going over to its rival Disney+. Earlier this month Disney+ has taken back its several hit titles’ exclusive control from Netflix in many countries including the UK.

All shows/series which have been removed from Netflix to strengthen Disney’s own entertainment service brand, Star, which was added last year, is Sons of Anarchy, New Girl, Modern Family, Prison Break, and How I Met Your Mother.

Last week Netflix’s streaming service forecasted quite the low numbers of new overall subscribers since 2010 in the initial quarter. With losing exclusive rights to the 5 very popular Disney Plus titles in the UK this month, there are more in line to follow the same course.

According to the analysts from the research firm Digital i, that estimated the loss of the titles from Netflix along with the other titles (Homeland) that are expected to follow, can end up costing the Netflix UK streaming service over £90 million per year. According to the analysis, what the graph is showing if all the UK subscribers leave Netflix they will likely follow their favorite shows and can possibly end up signing up to Disney+.

This report from Digital i is acknowledging this “high risk” of unsubscribing as a hazard for Netflix because the essential subscribers watching the streaming service make a large number in total percentage due to these shows.

Ali Vahdati, chief executive and the founder of Digital i, also spoke on the matter. He said:

The viewing to these six titles, five of which have already left Netflix, was significant in the UK. This means a significant number of subscribers will begin to question their Netflix subscription and look to the new home of their favourite content, Disney+.

Digital i also made an estimate of Netflix’s most-watched content that was in the viewing. It was the content that was licensed from Disney that almost reached up to about 12% last year in the first quarter. And since then Netflix has been removing almost all the top-ranked and most-watched shows in the UK.

“Modern Family was the most streamed Netflix show in Europe in 2020,” says Vahdati, founder of Digital i, who made the estimate that the loss of these shows could have a major effect, with almost 270,000 subscribers who are considered to be dedicated fans. “Our previous research showed that over half of Netflix’s top viewing was to major [Hollywood] studio content.”

Ever since Disney publicized that it was launching Disney plus, its own entertainment streaming service, Disney has been taking the content rights back from other streaming services and also closing traditional TV networks, to enhance Disney+ viewing with original shows and programs.

Amazon, another big player among streaming services, currently relies on a huge amount of Disney-produced content, which is likely to be taken down, making Disney+ the exclusive go-to destination to stream its content.

Since the collaboration of Disney+ with the general entertainment platform Star to push its content to more markets, Bob Chapek, Disney CEO has stated that there has been a decline in the numbers of subscribers unsubscribing, due to the fact that the streaming service is loading more and more content on its platform.

Reportedly, the Duke and Duchess of Sussex have penned a deal worth $100million (£73.7million) with Netflix to produce the new content, however, no titles have been revealed yet.

Richard Eden, a media person, shared on Twitter: “Despite having signed up Prince Harry and Meghan?” Netflix has reportedly failed to keep hold of the UK streaming rights to five famous titles this month as they have moved to Disney+.

Amid the intensifying streaming battles, this running year, Netflix will expectedly spend a huge amount of $17bn on its content. This increase is almost a quarter more than it spent in 2021.

The streaming giant will be more inclined to produce original titles in an attempt to reduce the third-party licensed content including films, documentaries, and TV series.

Netflix revealed its upcoming projects last week with the likes of The Adam Project, a sci-fi movie starring Ryan Reynolds, and the homecoming of mega-hit TV series Bridgerton and Stranger Things to fascinate and attract new subscribers as well as retain the existing fan-base.

Concurrently, a price hike in the monthly subscriptions has been seen in its biggest markets i.e. Canada and the USA. The subscribers of the UK were also imposed with a price increase in March 2020 as the streaming platform looks to boost its content budget to remain in the competition amid the big spending by its competitors.

Still, at the end of last year, Netflix was the most widely held streaming company in the UK, leaving Amazon and Disney Plus behind, with a rough number of 14 million subscribers. Whereas, according to Ampere Analysis, Amazon subscribers are 12.3 million and Disney+ is at 4.7 million in number.

Netflix is an undisputed streaming heavyweight but it has dealt blows in recent years. Since the start of the pandemic back in 2019, which forced masses to stay confined indoors, new market players have emerged on the scene, giving a tough challenge to Netflix.

However, the time will reveal if Netflix manages to maintain its streaming reign and provides the subscribers with the content they crave.