House of the Dragon: Paddy Considine Says Childbirth Scene Was ‘More Traumatic and Brutal’ on Set 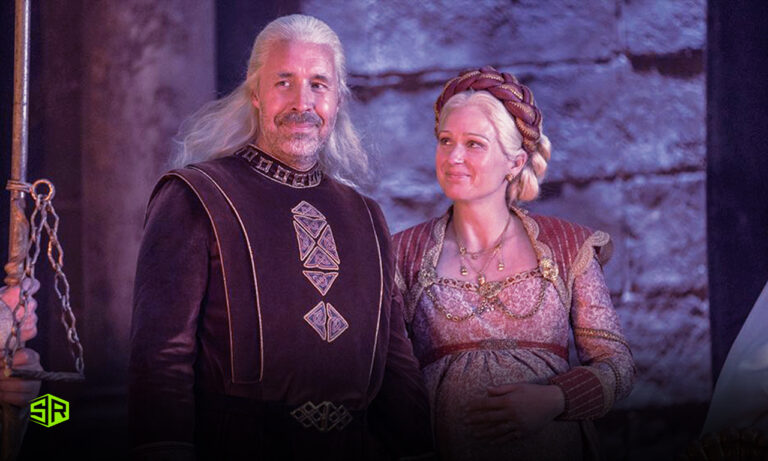 House of the Dragon star Paddy Considine revealed how he felt about THAT harrowing scene from the premiere; the moment he read what was in store for his character, he ‘loved’ it. Even though it did leave the audience in tears and sort of reeling from the impact of it all, he also said that the birthing scene was much more ‘traumatic.’

The prequel series is no less than a rollercoaster along with vicious jousting tournaments, a too-graphic castration, and an utterly devastating double death, everything rivaling up to be a worthy successor for Game of Thrones.

On the other hand, Considine, who plays King Viserys Targaryen, finds the drama to be quite a blessing as he felt weirdly grateful for Viserys’ ‘brutal’ narrative.

One of the most notable scenes includes when he becomes a widower as his wife Aemma loses her life in childbirth, and soon after, the son he so desperately wanted – despite his fractured relationship with his daughter Rhaenyra – also follows in his mother’s footsteps, making the utterly painful and barbaric cesarian all in vain.

While talking to LADbible regarding this scene and Viserys’ storyline, Considine said,

“Bizarrely, I loved it. Because he goes on a massive arc in the first episode alone, and that’s what you want. I’ve done series in the past where you just kind of wander through it, and with little or no impact.”

“And I’m like, well, in the first episode alone, there’s things that happened to this character that affect him for the rest of his life. And so, to me, I thought it was great when I read the first three episodes when I first got sent it.”

Considine added: “I thought he was an absolute gift.”

But of course, filming such difficult scenes doesn’t come without its challenges. Specifically, the torturous labor sequence involves Viserys handing down a death sentence to his own wife when he orders the doctors to cut his unborn child from Aemma’s womb while she’s still alive.

“It was tough on Sian [Brooke], who played Aemma, because she had to do all the physical stuff, and those things are very technical – with all the pumps of blood and things going on, and prosthetic bellies and things.”

“And part of the art is that you’re acting through all of that distracting stuff. She had the weight of the work on her that day.

“They’re never pleasant, but I think when you’re working with good people, you just invest that bit more.

“And what we shot was more traumatic than what makes it into the series. Viserys was utterly destroyed. But I guess they couldn’t really show that.”

“[…] And I knew that was an impossible thing to carry. So I never considered it. I just went, ‘I’m just going to do my best and play this character.”

Fans Reaction to the House of the Dragon Premiere

The stand out performance in episode 1 in my opinion came from Paddy Considine as King Viserys, he captivated every scene he was in, and put on an absolute acting masterclass, he’s definitely going for an Emmy. #HouseOfTheDragon pic.twitter.com/u1FcvGZtNk

Another fan (@peregrinnno) said they couldn’t have asked for a better Viserys:

What an amazing performance by Paddy Considine. Couldn't ask for a better Viserys #HouseOfTheDragonHBO pic.twitter.com/lcuykmFn5U

@xoxogossipgita declared how Paddy Considine deserves an Emmy for his performance:

@Taeheavenly_ appreciated the series creator started off House of the Dragon by paying tribute to one of the most legendary characters of Game of Thrones:

What a beautiful tribute. In the end it's all about her! Azor ahai reborn. #HouseoftheDragon #HOTD pic.twitter.com/PfhHDrhra1

@Rhaenyra_Blacks highlighted the horrors of Queen Aemma’s childbirth scene, and how she undeservingly got punished for giving birth to the King’s child:

Can we talk about Queen Aemma's "childbirth" and the horrors that came with it? Her face when she realized what was gonna be done to her and during the process was heartbreaking. She did NOT deserve all that.#HouseoftheDragon #HouseOfTheDragonHBO pic.twitter.com/JmZEMyEsLw

Queen Aemma trusted him and he really let them hold her down and cut her open like that 😮 I hope she haunts King Viserys for the rest of his days Justice for Aemma #QueenAemma #HOTD #HouseoftheDragon pic.twitter.com/7JVi2OFXpi