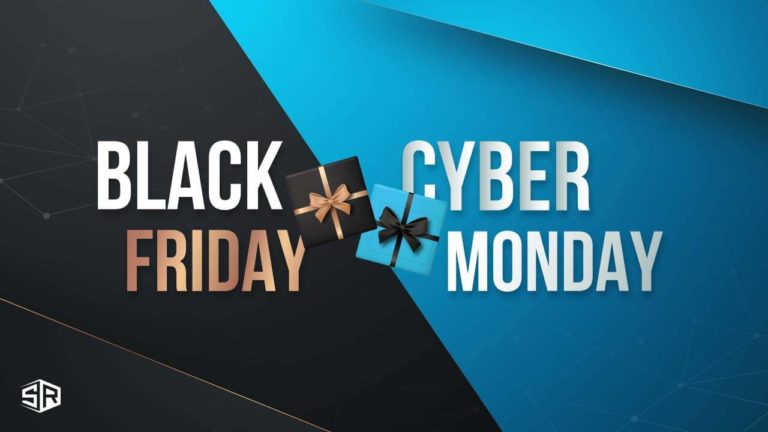 The season of discounts and deals has begun as Black Friday is drawing near. So, prepare yourself for the amazing Black Friday VPN deals coming your way as you can avail up to 90% discount this season.

Black Friday season is what people wait for the whole year because of crazy discounts all day and the VPN industry isn’t far behind! to avail of unbelievable discounts and deals. VPN providers also offer amazing VPN deals during the Black Friday season; however, the offers are only up for grabs for 2 days. If you act now and avail the discount, you can enjoy low-priced VPN services all year round!

So, without further ado, let us get to the deals offered this season:

Ivacy (Offers 90% Off on Black Friday): Ivacy is one of our top recommendations for watching online content. It is the lowest priced VPN in the industry right now!

PureVPN (Offering 88% Discount this Black Friday): PureVPN is another popular VPN provider because of its amazing unblocking capability and high-speed servers. You can unblock sites like Zee5, SonyLIV, and Hotstar in the USA with it. It offers a 88% discount on Black Friday, and it is a deal you cannot afford to miss.

Surfshark (Offering 83% Discount this Black Friday): Surfshark is one of the best VPNs for online streamers because it has blazing fast servers that provide an unmatched streaming experience. You can avail of an 83% discount on this Black Friday along with 3 extra months added to its deal.

NordVPN (Offering 68% Discount this Black Friday): NordVPN is offering 68% off over its 2-year plan and additional 3 months. Now you can enjoy seamless streaming through its highly secure and fast servers for 27 months by subscribing to its 2-year package.

Despite the fact that these VPNs have the lowest prices, ExpressVPN is still the best VPN in the industry, and no VPN can compete with it. It’s a little pricey, but it’s well worth it.

For its low cost in the industry, this latest VPN service has been one of our top picks for about the last six months. And Ivacy is a good VPN that is stepping up its game this Black Friday.

Ivacy is offering a total 90% discount on its 5-year plan, bringing the price down to $0.99/month.

It is an incredible VPN discount from a provider that allows you to easily unblock geo-restricted content!

Based in Hong Kong, PureVPN is an amazing VPN provider that has more than 6500 servers in 140+ countries. All of its servers provide great speed and unlimited bandwidth, which will help you enjoy streaming. PureVPN is also a pocket-friendly VPN, priced almost the same as Surfshark and it is offering a 88% discount.

With the discount it is offering, you will just have to pay $1.99 per month for its 5-year package. In this price, you will be having a top-notch VPN service that has AES 256-bit encryption and unique features like Kill switch and 10 multi-logins. Another great thing about PureVPN is that it offers 24/7 chat support and it supports all major operating systems.

In recent years, this VPN provider has developed itself as one of the best Option for streaming at low prices.

CyberGhost is offering a massive 83 percent discount on its 3-year subscription this year, bringing the price down to $2.17/month.

This is a fantastic VPN discount offer for CyberGhost’s loyal customers.

4. Surfshark – Most Pocket-Friendly VPN Offering 83% Off

It offers a discount of 83% over its 2-year deal and offers 3 months extra, which means that you will get 27 months for the price of $2.21 per month only.

Surfshark is the top choice of online streamers because of its speed and security. It allows users to connect to their desired servers without waiting instantly, and it provides an amazingly fast streaming experience. Its servers are well optimized and they are protected with AES 256-bit encryption to ensure no IP or DNS leaks. It has around 3200+ servers in 65 countries and it has a strict no-logs policy.

Surfshark is already known as the most pocket-friendly VPN provider and the fact that it’s offering an 83% discount is just astounding. You can enjoy streaming different shows on Disney Plus and Hulu from anywhere. You can also use Surfshark to unblock Hotstar in UAE by connecting to its Indian servers.

It is a very handy VPN for online streamers and gamers because of the fact that it can unblock any streaming platform and website. NordVPN is offering a 68% discount on its 2-year plan, and after this discount, you will have to pay $3.71 per month only. Following are some of the key features of NordVPN:

What is the Best Rated VPN?

Our recommendation is ExpressVPN for all binge-watchers who want to watch geo-restricted content from all over the world because it provides dedicated streaming servers.

Which is Better NordVPN vs ExpressVPN?

According to our research, ExpressVPN has a speed, protection, and server advantage over NordVPN.

How Much Does a VPN Cost?

Premium VPN services typically cost between $5 and $13 per month if you sign up for a monthly subscription.

ExpressVPN is a fantastic service to use. It provides 3000+ super fast servers spread around the world, making it much easier to unblock any geo-restricted platform.

Where can I Find VPN Discount Codes?

VPN discount codes can be found on the official websites of VPN providers. Alternatively, you can find the best VPN deals right here.

Is there any VPN Student Discount?

Yes, you can see from this page, several providers offer exclusive VPN discounts.

Black Friday and Cyber Monday are what we all wait for throughout the year because of the amazing discounts. This year’s Black Friday VPN deals are better than ever as you can avail of a VPN for as low as $0.99/mo per month. While choosing the VPN this Black Friday, make sure you are comparing the benefits and the cost. Buy a VPN that offers good server speed, server variety, and is reasonably priced.

These are Black Friday and Cyber Monday VPN deals, which means that they are exclusive deals that will not last long. Therefore, make sure you buy them just in time without wasting the chance.