Keanu Reeves will Host Brawn GP Docuseries on Disney+, “We Are Going to Tell that Remarkable Story” 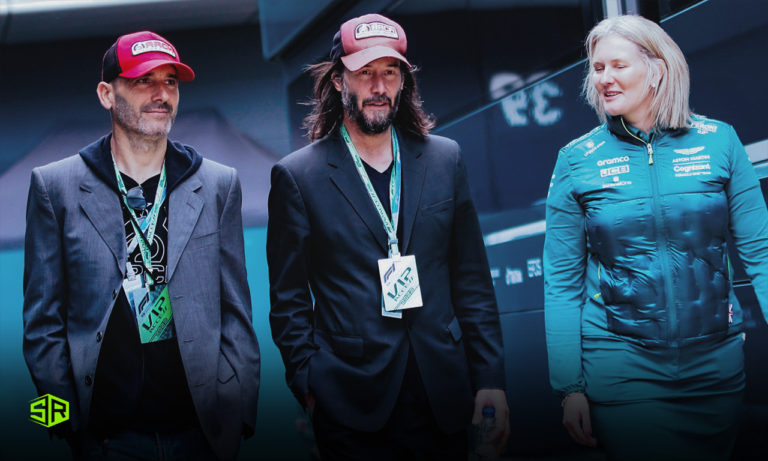 Q1 rounds of the British Grand Prix at SilverStone Circuit in England were a buzz with thrill and excitement not just because of the speeding cars but also due to a surprise appearance of a beloved celebrity. Keanu Reeves surprised fans all over the world by making an appearance at the British GP.

Fans were absolutely chuffed with the star’s presence. @keanureevesfptr shared a video of Reeves and tweeted:

It’s Keanu Reeves‘s world, and we’re all just living in it 🔥

👉🏻Keanu Reeves is in the Aston Martin garage and he loved the little show of Sebastian Vettel 🏎💨🏁 pic.twitter.com/ylgJh4Jsgt

The Matrix and John Wick star enjoyed the rain and fast cars during the qualifying race at the Silverstone Circuit and talked about his upcoming F1 documentary.

Reeves shared how the idea of the series came around:

“From the outside, a friend of mine was telling this story, and I was so struck by it. We were like, ‘Well, let’s tell that story, and it has been really great to be able to learn more from what was going on in F1 back in the day, there was just so much happening in F1”.

He added, “Just the world of F1 was extraordinary, it always is, but that year with Brawn, I think something special happened.”

“We are being hosted by Ross Brawn, he has been a legend and is such an amazing person, so it was really cool to meet him and spend some time with him, he offered us the chance to be here. That’s what we are going to try and do, we are going to tell that amazing, remarkable story.”

The star is part of a docu-series that documents the debut of the Brawn racing car in Formula 1 in the 2009 season. The documentary will include interviews with Ross Brawn, Rubens Barrichello, Jenson Button and other influential F1 personalities of that time. 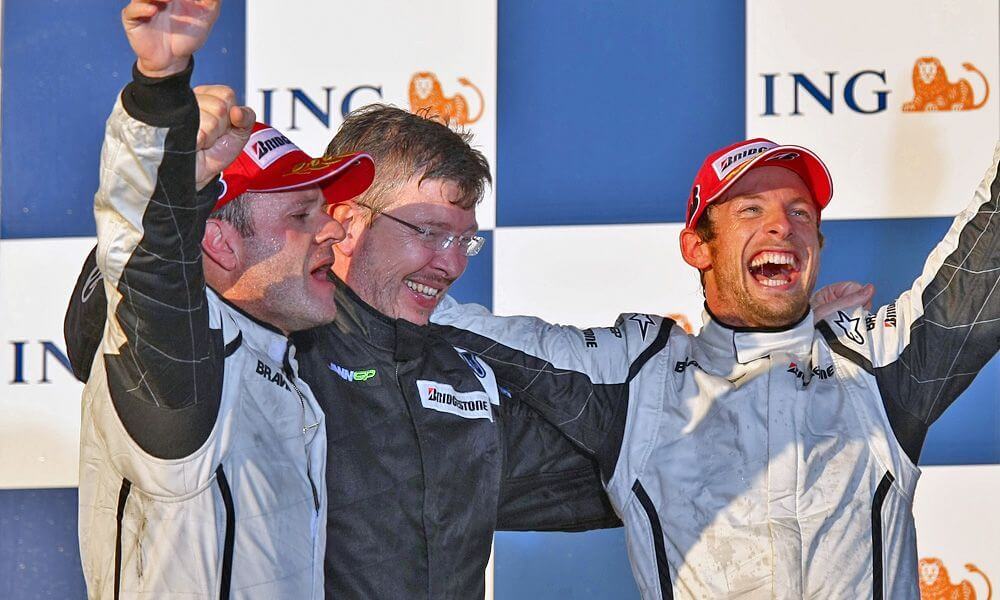 Keanu Reeves stood in the Aston Martin garage in the beginning, taking in the Q1 rounds, exciting the fans and Aston Martin F1 team alike, prompting them to share a picture along with the tweet:

No pressure, team, but you've got an audience…

Although the AMR22 exited the Q1 session, there was much to talk about at the event.

Reeves, who himself is a motorsport aficionado and co-founder of Arch Motorcycle, was later seen at the race track enjoying the action in the heavy rain.

A fan shared a video clip with Reeves animatedly talking about his experience and tweeted:

Keanu being a car enthusiast it must be like a candy store to him while he watched the formula 1 in England. His childlike demure is enduring. #KeanuReeves pic.twitter.com/2j2QPJsMJg

In an interview with Sky Sports, the star shares his excitement:

“It was wet, but it was thrilling. It was absolutely amazing to be that close. Silverstone and rain, perfect. I think being that close to it, just seeing the speed and the way that they’re going at the turns and exiting the turns is something unbelievable.”

The news channel tweeted from its F1 account along with a picture sharing his excitement:

The viewers in the Canada can watch the British Grand Prix on Sky Sports.

Aston Martin F1 team weren’t the only ones thrilled by Keanu Reeves’s presence as the Formula 1 also shared a picture of the star with Martin Brundle and tweeted:

The star is not just an enthusiast but also someone who enjoys high-speed vehicles in personal and professional life. He is the co-founder of Arch Motorcycle, a company that manufactures high-end custom motorcycles and drives cars and bikes in his action movies.

Fans can expect the Formula 1 docu-series premiere starring Keanu Reeves on Disney+ in the year 2023.