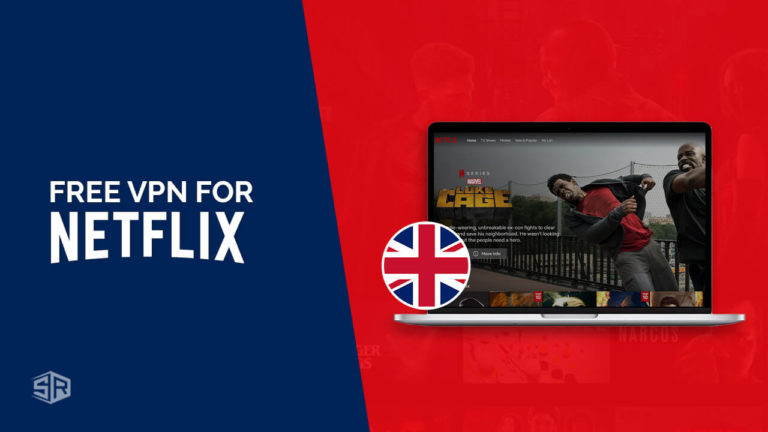 If you are not a frequent user of Netflix and occasionally watch shows and movies on the popular streaming giant, you must not spend extra bucks on pricey VPNs to unblock Netflix libraries. Instead, a free VPN for Netflix can assist you in unlocking the geo-restricted Netflix libraries.

Netflix’s geo-blocks have been becoming stronger and smarter by the day, making it increasingly tougher to bypass them. As per our research, even some paid VPNs fail to unblock Netflix libraries, let alone free VPNs.

Besides, even though they are free, they will cost you in other ways. For example, you will realize that your data, connection speed, bandwidth, and servers are limited when you use free VPNs, along with your privacy being at risk, too.

Usually, we do not recommend users to opt for free VPN providers because they are not reliable (compared to premium VPNs). Not only that, if you browse the web, you will get to see that all the best VPNs for Netflix are the premium ones. However, keeping the users’ preferences in consideration, we have tested 20+ free VPN providers and found that they can be used with Netflix.

Here’s an overview of the 5 best free VPNs for Netflix. If you’re short on time, you can just take a look at these instead of reading the detailed descriptions.

The Best Free VPN for Netflix that You Can Download Today

We found out that most of the free VPNs were nothing but scams, full of ads and restrictions. However, there are a few good ones, too. We are enlisting the 5 best free VPNs that worked well during our research and didn’t give us a hard time streaming Netflix. Let’s explore the list:

Yes! You’re right. ExpressVPN is not free, but it’s unquestionably the best choice for most of your online activities, be it unlocking the geo-restricted Netflix libraries or surfing anonymously.

Our experts selected ExpressVPN as the best solution for Netflix after spending a significant amount of time testing it. ExpressVPN has a massive network of 3,000 servers spanning over 94 countries, and 23+ servers in 14+ American cities alone.

ExpressVPN’s average speed is 135 Mbps, and it supports 4K UHD video streaming. Furthermore, ExpressVPN can unblock Netflix libraries in over 30 countries, including the United States, Canada, the United Kingdom, and Japan.

ExpressVPN’s incredible speed allows users to enjoy uninterrupted streaming. You may stream content from any of Netflix’s libraries at lightning speed with no buffering.

Let’s have a look at the speed tests that we ran with ExpressVPN:

No free VPN works the way a paid VPN works. Therefore, bear in mind that the features of these free VPNs will not meet, let alone exceed your expectations.

As per our research, Windscribe is the best free VPN for streaming Netflix. It offers you 10 GB of data for the whole month which is enough to stream in SD on Netflix for almost 10 hours.

Streaming in HD will utilize these 10GB in less than 3 hours. However, streaming in Ultra-HD is not possible. You can switch unlimited times and choose from 10 different server locations for free. You can choose one protocol from IKEv2/IPsec or Open VPN.

Windscribe claims to effectively prevent the unnecessary advertisement from reaching you & preventing leakage of your personal information, which we found to be true while testing it.

Windscribe claims that the Windflix servers unblocks UK Netflix libraries irrespective of your current location. Even though it does not give you 100% success in unblocking all the Netflix libraries, you can check it by testing it yourself.

During our test, we found out that Windscribe only allows one connection on the free plan. However, it also gives you 24/7 support through live chat, and the facility is available for free users.

Proton VPN is a good choice for Netflix streaming as it offers unlimited data and speed limits. However, during our tests, we found out that as far as data is concerned, it is undoubtedly offered without a limit or cap. But it’s not true for speed, and during our test, the speed was reduced after regular intervals that caused buffering.

Proton VPN has servers in 3 countries which are Japan, Netherland, & the UK. Although you miss other famous libraries, we don’t think it’s a bad deal with a free VPN. Netflix worked fine in all three regions with Proton VPN.

If you want to unlock other libraries, you can upgrade to a paid plan and access 55+ countries.

Proton VPN has a no-logs policy. It means that Proton VPN will not log your online activity, and it is safe with you only.  It also prevents unnecessary ads from reaching you, and that’s a relief. For example, you don’t need to wait for an ad to start streaming your Netflix movie/show.

Swiss privacy laws also protect Proton VPN. The app is user-friendly and easy to understand. Unfortunately, you can only stream on one device with the free plan.

If you experience slow speed or want better definition & video quality, keep switching the servers until you find the best one. Once you find it, stick to it and watch Netflix in better quality & speed.

Unlike other VPNs, Proton VPN does not have live chat support for its users. It rather provides a form on its website for questions & queries. In case of any queries, you need to fill that form & the support team will get back to you. Presumably, their support team is quick & experienced.

Tunnelbear is the only free VPN that provides you access to all its 23 servers. But sadly, it only allows 00MB of data which is not enough to stream Netflix in SD for an hour. And if we rely on Tunnelbear alone, we’ll have to wait a full month before we can stream Netflix again.

Tunnelbear allows up to  5 simultaneous connections to different devices, such as mobiles, Windows, computers, & browser extensions. In addition, this amazing VPN can unblock US, UK, Germany, Canada, Australia, and Japan Netflix libraries. Nevertheless, you have to try several times before you get connected.

To our surprise, free Tunnelbear showed amazing speeds during the speed test that we conducted, but apparently, we do not have enough data to enjoy this buffer-free and fast streaming on Netflix.

You can also win an extra 1GB by simply tweeting Tunnelbear or connecting an extra device.

Like Proton VPN, Tunnelbear also has a ticketing system for questions, queries, and the registration of complaints.

Hide.me website claims that the free version does not let you stream, Netflix but we experienced something else: we were able to unblock three famous Netflix libraries (Canada, Netherlands, and Germany.)

Hide.me has two different kinds of free plans: you get the first one with registration (an email address), and it offers 2GB data transfer. You can get the other one by downloading their app, which offers 500 MB of data. These data can be renewed over a regular interval of time.

Moreover, the speed hide.me offers is quite impressive. But if you want to stream a whole movie on Netflix, you’ll have to compromise on the video quality to save data.

Hide.me only supports one device at a time, though, and you have to renew it at the end of each month. However, it successfully unblocks BBC iPlayer, Netflix, and Disney+.

Hide.me is a completely secure free VPN. Not even once did we experience speed throttling during our streaming, which is  impressive. Hide.me also claims it blocks ads, which we found out to be true.

With a no logs, no trackers policy, your data is kept safe. They say, “when we say free, we really mean it,” and believe us, they have some very unique features to offer through their free version. For example, hide.me has a 24/7 live chat, email, and ticket system available to extend support to their users.

Here are the speed test results of hide.me Free VPN:

Is Harry Potter on Netflix

How to Change Netflix Region in UK

Which Free Netflix VPNs Should You Avoid?

We are compiling a list of free VPNs that you should avoid because they can put your privacy and security at risk.

This is an ineffective VPN and tends to leak critical user information. If you want to keep your browsing secure, don’t go for it.

Hola VPN has a weak encryption system. Unfortunately, it also keeps the user activity logs, and other individuals can use your IP address for illegal activities.

It saves all your personal information and sends you targeted ads.

The VPN saves all of its users’ data, i.e., IP addresses & online history.

If you are an avid Netflix streamer, a free VPN will never meet your expectations because most free VPNs come with strict limitations. Given the same, we recommend you invest your time and energy in a good paid VPN to unblock geo-restricted Netflix content. For further information about the best VPNs for Netflix, you can check our guide.

How Does a VPN Unblock Netflix Libraries?

Netflix geo-restricts content based on the location of its user. It means that if you are, for example, outside of the UK, you can not access the Netflix UK library. Due to this restriction, many Netflix users remain unable to stream their favorite programs.

You can bypass this geo-restriction with the help of a good VPN and stream Netflix without any hassle. A good VPN masks your IP address as soon as you connect to its server.  Once you are connected to the VPN’s server, your location appears the same as the server’s.

However, Netflix’s geo-blocks are becoming stronger day by day; it instantly flags a VPN’s IP address and blocks them. Given the same, only paid VPNs can consistently unblock geo-restricted Netflix libraries by constantly introducing new IP addresses. If you want to go through the features of the best VPN that works with Netflix, we recommend you check our guide on Express VPN.

Are free VPNs safe in UK?

Free VPNs are not illegal. You can use VPNs in the UK; however, something illegal without a VPN will remain illegal even when you are using a VPN. Streaming Netflix with a VPN breaches Netflix’s terms of use, but it’s not illegal.

Can I watch Netflix with a free VPN?

You can unblock some Netflix libraries with a few good free VPNs but believe us, these VPNs are not consistent. Even though they are free, they will waste your time & energy. It’s better to invest in a good paid VPN instead.