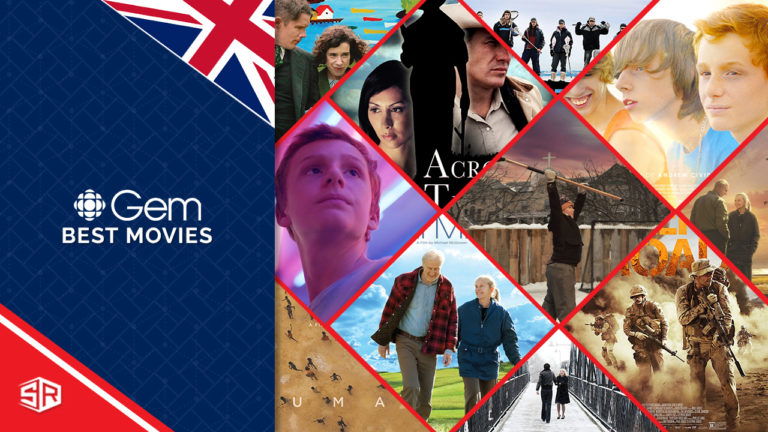 Want to watch movies that made history? Then say hello to the CBC because it has a collection of the best CBC movies in UK and is an excellent source for movie fans who are always curious to find something new to stream.

There are also a lot of movies that have been honored with awards such as “There Are No Fakes,” which tells the tale of the Very First Nations artist Norval Morrisseau. In addition, there are animated movies, programmes on television, and a great deal more.

However, If you are trying to watch CBC in UK; you will need the best VPNs for streaming that let you unblock all the amazing content of CBC in your region.

With so many alternatives available in CBC Gem, it might be difficult to pick; therefore, we’ve put together the best CBC Gem movies to watch in UK in order to make your selection easier. To decide which film is best for you, simply scroll down the list below. 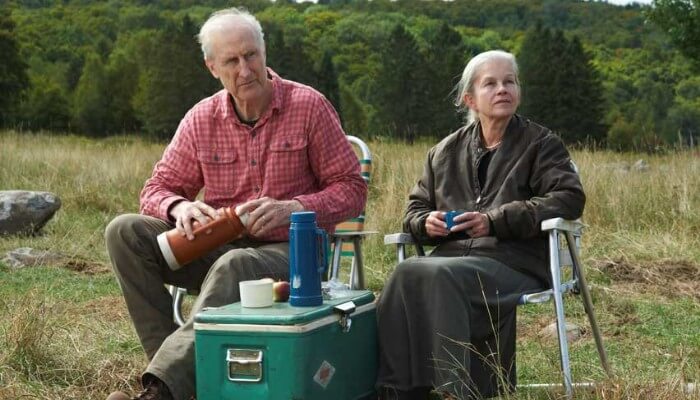 A slice-of-life movie about old love based on actual events. Craig Morrison begins constructing a more convenient home for his sick wife Irene on his property, but he is hampered by red tape.

While seeing his wife’s health rapidly decline, the state offers him the option of either halting building or going to prison. He and his wife have a great connection, but by defying convention, we see how strong he is as a person. It is one of the best

It is one of the best CBC Gem movies to watch in UK. Not satisfied with the movies and want to watch more? Then we would suggest you watch the best movies on Peacock TV for more entertainment. 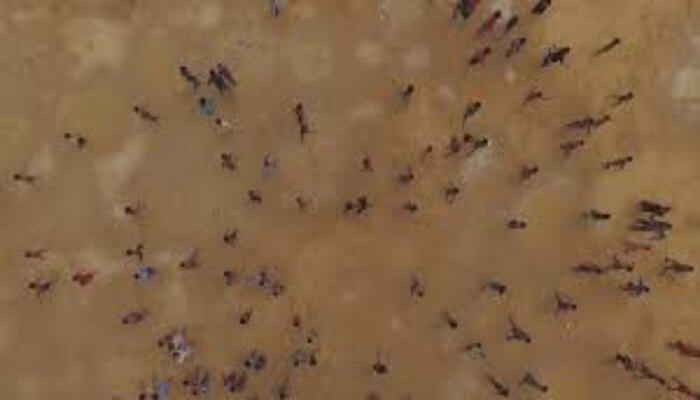 Ai Weiwei, a Chinese artist, is concerned with the current refugee crisis, the most significant mass exodus of people since WWII. The human element is the primary subject of his documentary, which otherwise avoids politics—neither a news story nor an analysis of the factors at play here.

Instead, it’s a compilation of moving tales from 23 nations about the fight for human dignity and fundamental freedoms. A heartbreakingly stunning film with breathtaking drone footage accounts for among the best movies on CBC Gem in UK.

Do you know the consequences of war? The social and economic development of nations is frequently disrupted by war, which also obliterates communities and families. Children and adults can suffer long-term physical and psychological suffering as a result of war, and both material and human capital are lost which can also be seen in the best war movies on Netflix. 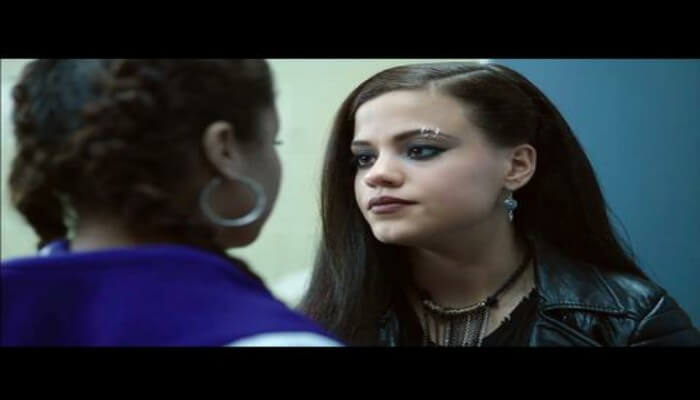 When things reach a breaking point in his town, a young black man who dreams of playing in the National Hockey League and living in a racially segregated neighborhood in Nova Scotia learns that his professional ambitions are in peril.

An investigation into a string of homicides in Texas is led by Grant, a sheriff from a nearby small town. While researching the killings and the corruption surrounding them, he finds himself falling in love with the vital witness Miranda, an illegal immigrant.

Besides this movie, you can also watch the best shows on Peacock TV if you are getting bored of watching movies all the time. 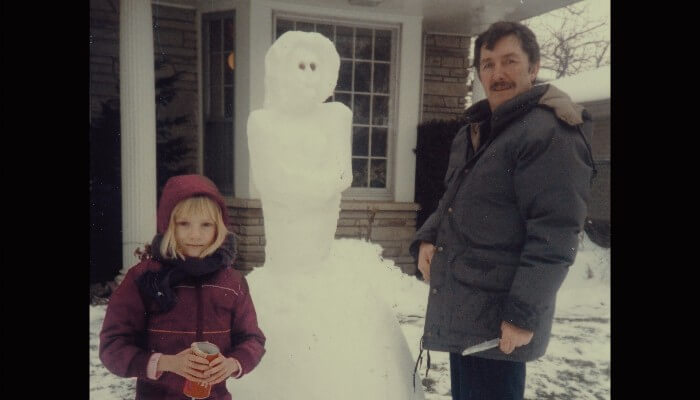 Stories We Tell made 2015’s best movies on Gem in UK. It shows the film’s quality and North American significance. It’s Polley’s first-person account. In the film, she investigates rumours that she’s the consequence of an affair and that her dad may not be her biological dad. Her family and assumed parents are Oscar-winners.

Her family remembers her late mother throughout the film. It shows how a story may be told differently throughout time and by different people. Lies aid Polley’s inquiry. 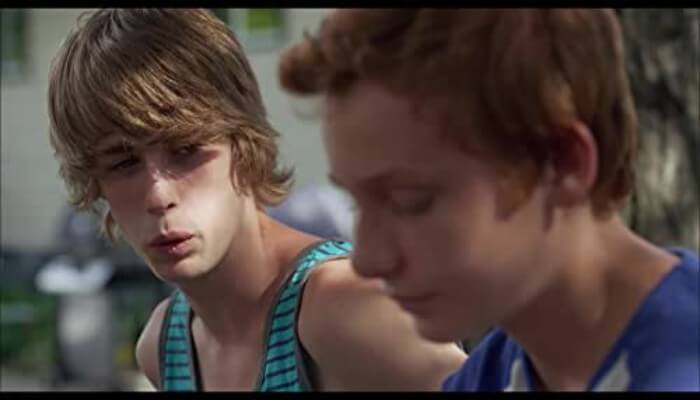 William and Linda Hudson and their 15-year-old son Adam spend the weekend at their lakeside cabin. William and Linda are still attempting to be the ideal family, which they can accomplish since Adam is still emotionally a kid and observes parental norms.

Adam becomes caught up in their lives with William’s consent. He considers Riley a real buddy, the more sensitive one, as opposed to Nate, who is all youthful bravado.

Adam is attracted more to his cousins than his parents this summer after realizing his family isn’t flawless. Adam may have to grow up rapidly without genuinely responsible direction as he attempts to please everyone. It is known to be one of the top movies on Gem in UK. 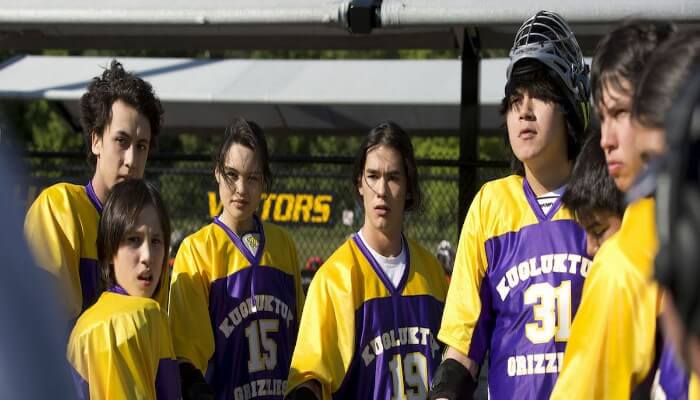 Kugluktuk, Nunavut, is the setting for this uplifting sports narrative. The community has the highest teenage suicide rate in North America due to intergenerational trauma and alcohol and drug abuse.

A new history teacher is shocked by the students’ lifestyle. Instead of teaching history, he leads Lacrosse. The white educator and filmmaker question white savior stereotypes. First Nation producers allowed kids time to develop their characters in The Grizzlies. Communities are heard. It is one of the best movies on Gem in UK. 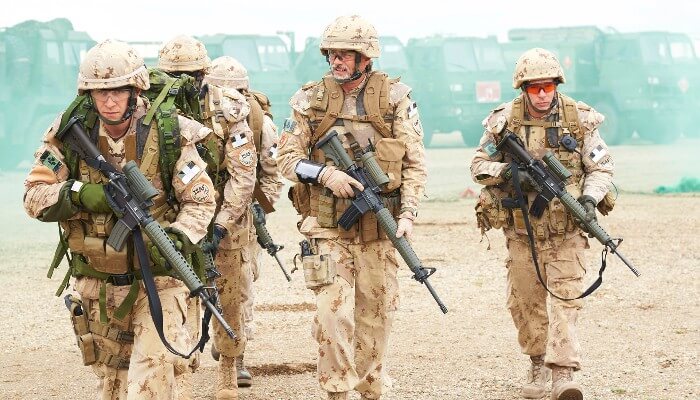 There are three distinct individuals, three different universes, and three different conflicts. They all stand at the crossroads of modern combat, a murky realm of flexible morality where everything is not as it appears.

An intelligence agent who has never murdered anybody in the line of duty hires an excellent but brutal shooter to identify a legendary Afghan warrior who gave up fighting a long time ago during the conflict in Afghanistan. It is one of the best movies on Gem in UK. 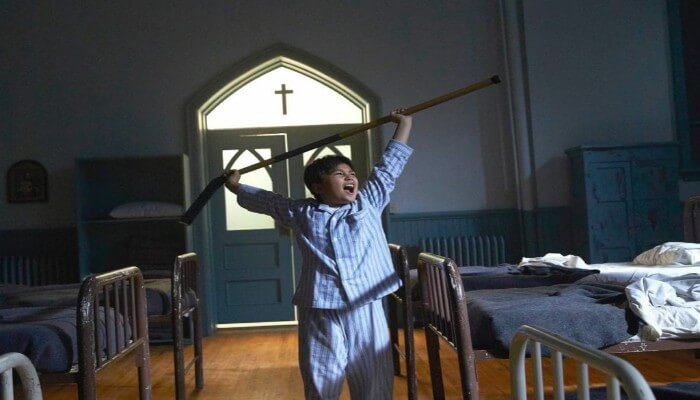 Drama directed by Clint Eastwood and based on the life of indigenous hockey player Saul Indian Horse, who overcame his experiences in UK’s residential school system. Children of indigenous communities were forcibly removed from their homes and sent to assimilation boarding schools until as late as 1996.

Because it is based on actual occurrences, Indian Horse is not a “miracle” tale. Throughout the film’s 70s and 90s setting, the protagonist experiences a roller coaster of emotions that mirrors the history of violence faced by Canada’s Indigenous populations. 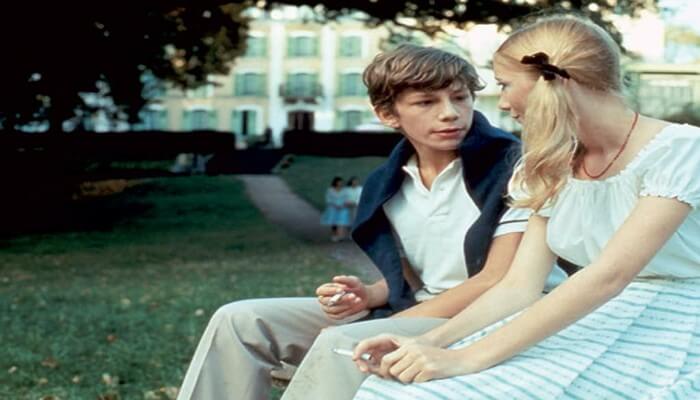 Laurent is unfazed by situations that would destroy the self-esteem of an average American adolescent, such as excessive drinking, smoking, sexual activity, being absorbed by his mother, being abandoned by his father, suffering a sexual approach from a priest, and having rheumatic fever, etc.

This lovely, innocent narrative with enough controversy to fill 100 TV movies. It is worth watching because it is proven to be one of the best movies on CBC Gem in UK. 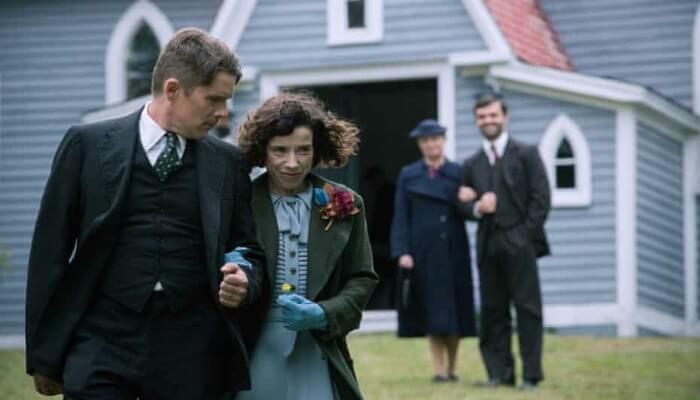 Maudie is one of the best CBC Gem movies to watch in UK. Maud Lewis was a notable Canadian painter who had arthritis. Maud works as a live-in servant for a fish seller to escape her repressive family. 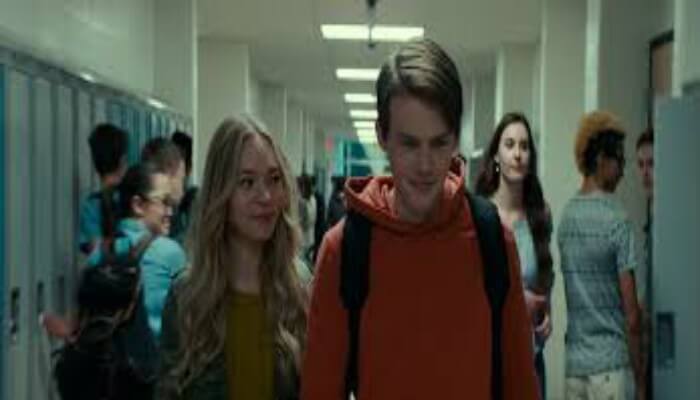 Giant Little Ones, a movie on the CBC Gem in Canadian coming-of-age drama, is about two closest friends, both seventeen, whose friendship is tested after a traumatic experience.

The film is just 90 minutes long, yet it conveys its tale openly and honestly, exploring issues of sexual identity among teens and their parents. In addition, it sends a fantastic lesson about accepting others. It’s a beautiful, family-friendly film. 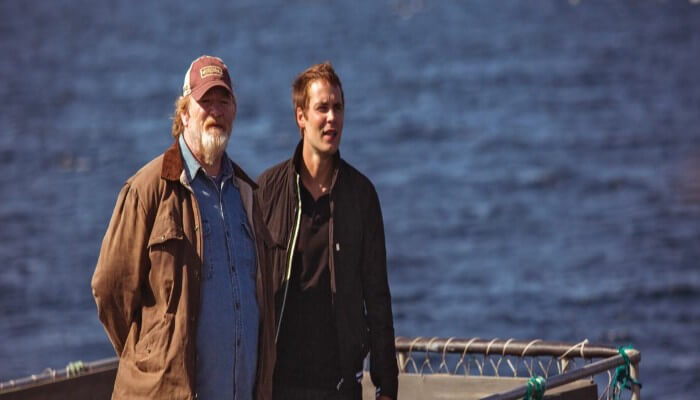 The Grand Seduction is a charming comedy about a little fishing hamlet in Newfoundland trying to seduce a medical student who became its long-term carer to get a petrochemical contract.

Desperate to shepherd the town out of poverty and lack of jobs, the people pull every piece of lies and duplicity out of their hats to convince the young student Paul that Tickle Head is just where he belongs. Brendan Gleeson is excellent as Paul’s “seducer” and mayor. He adds compassion and sardonic comedy to the picture, making it “recommended.” 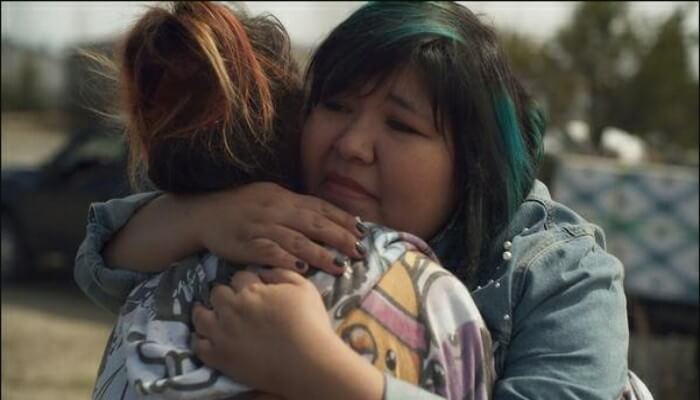 This is one of the best movies on CBC Gem in UK, a story about two indigenous Innu closest friends, and it takes place near Sept-Îles in Quebec, Canada. When one of them falls in love with a white man and begins making plans for a future with him, it causes tension between her and her closest friend and the rest of her group.

Her companion warns her that if everyone followed her lead, “we wouldn’t exist.” Kuessipan is set against the background of life on a Canadian reserve and explores the junction between companions drifting apart and indigenous identity. 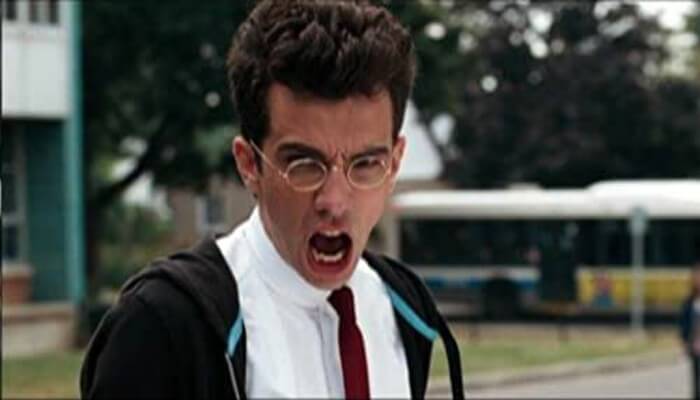 The Trotsky, directed by and starring Jay Baruchel, is a delightfully breezy Canadian comedy among CBC Gem movies in UK. It is about a young guy named Leon Bronstein who comes to think that he is the resurrection of the Soviet leader Leon Trotsky.

Soon after transferring from an exclusive private school to a public one in Montreal, Leon reverts to his old ways and starts a crusade to create a rebellion at his father’s clothes firm. Trotsky is a treasure that should not be overlooked because it is insightful and sharp. The documentary’s outlandish premise begins with Kevin Hearn of the group Barenaked Ladies discovering that a picture he thought was by renowned Canadian Indigenous designer Norval Morrisseau is, in fact, a forgery.

After suing the collector he acquired it from, he begins to ask questions that lead him further into a scenario that involves drug selling, organized crime, addiction, sex assault, and utterly bizarre individuals. If you are done with the movies and want to change your taste? Then check out the best shows on CBC as well.

So, here were our picks of the 15 best CBC Gem movies in UK. You should see these films in order to get the most out of your CBC Gem subscription. If you’re a fan of movies and live in UK, CBC Gem is a great place to find something new to watch.

Now is the time to begin streaming; prepare some popcorn and a cup of coffee and watch these wonderful films on CBC Gem in UK.