Love Island: A new Recoupling and Upcoming Dumping has Everyone Feeling Mixed Emotions 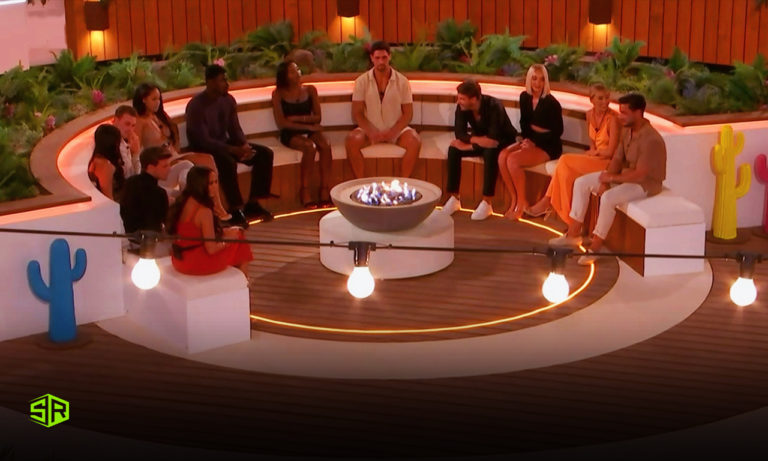 The Love Island contestants feel conflicted as new recouplings are in sight and the looming threat of being “dumped” out of the villa.

In Thursday’s episode, the islanders were told that viewers have been voting for their favorite boy and girl.

The population of the villa has increased significantly since Casa Amor, and many of the original contestants paired up with the newly arrived contestants.

Love Island shared a photo of three islanders (Pictured: Coco, Andrew, Tasha) and teased the trio by making a pun out of Coco’s name as the other two can be seen cuddling:

As the islanders gathered around the firepit, one of the newcomers, Adam Collard received a text message which said:

“The public have been voting for their favorite girl and their favorite boy. Those with the fewest votes are at risk of being dumped from the Island tonight.”

Not only that, for the first time, the contestants had the opportunity to choose a partner on their own since the post-Casa Amor recoupling which took place last week.

This time around, the boys helped Adam decide as he was given the first pick, thanks to him being the newest islander on the show.

He starts off with:

“From the moment I came in here, she made me feel most welcome…”

Eventually, he went on to pick Paige, and three other new recouplings surfaced.

Somewhere else, Tasha Ghouri looked forward to announcing to her fellow islanders that she intended to surprise her current partner Andrew Le Page by asking him out.

Her plan was to gather the rest of the islanders and inform them of her surprise plan so they can help her carry it out.

She leaves notes as clues within the villa at specific places so that Andrew can come across them. In the meanwhile, the others kicked Tasha’s plan into action.

Tasha and Andrew have been through a lot in the entire show. The two were recently separated as they were both recoupled with other partners after Casa Amor. Previously, the viewers also saw Andrew Le Page being vulnerable and having a breakdown while talking about Tasha and how much she meant to him.

Apart from Tasha and Andrew, another couple has caught the audience’s attention and that’s none other than Gemma and Luca. Just recently, Luca drove the entire social media nuts due to his steadfast loyalty to Gemma during Casa Amor.

Don’t forget to tune in to tonight’s episode at 9pm on ITV2 and ITV Hub. If you cannot access the said channels because you live outside of the UK, here’s how you can watch Love Island.

In the meanwhile, stay up-to-date with what’s going on in the villa by following @LoveIsland tweets:

Here are the six at-risk islanders for this round of dumping:

Which girl and boy do you think will be dumped? 😢 #LoveIsland

Danica and Billy can be seen living in their own world and sharing a kiss:

#Tashdrew are official! He said yes!

Meanwhile, Gemma and Luca exchange the most adorable “I love you’s”:

When elephant juice turns into I love you 🥺 #LoveIsland pic.twitter.com/8VY0ORdFTS