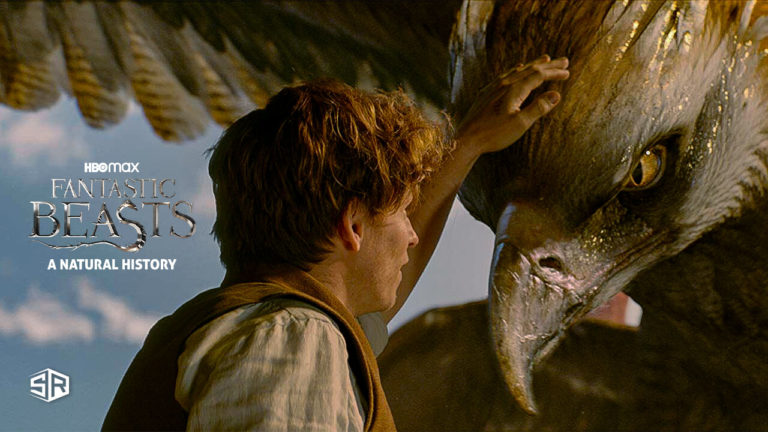 If you are a Wizarding World fan, brace yourself! An upcoming documentary, Fantastic Beasts a Natural History is currently the talk of the town that will land on HBO Max beginning in April. The official Twitter handle of HBO has announced the premiere date of this TV series and fans surely can’t wait to watch it.

If you are a nature enthusiast and want to see Stephen Fry set out on a mystic global expedition to unearth the stories linked to some of the most fantastic beasts of the world, you must read this article till the end.

In an exclusive partnership between the Natural History Museum, BBC Natural History Unit, and Warner Bros., the viewers will get a chance to explore the mythological and natural world creatures including unicorns, dragons, mermaids, as well as narwhals, vervet monkeys, and manatees that continue to enthuse us.

Fantastic Beasts a Natural History will land on HBO Max on April 01, 2022. However, if you are currently living or traveling outside the USA, you will have to bypass the geo-restrictions of the streaming channel.

We will explain how you can watch Fantastic Beasts a Natural History on HBO Max outside USA using a premium VPN app. So, let’s get going and find out the details about this documentary and which VPN you must go for.

Quick Steps: How to watch Fantastic Beasts a Natural History on HBO Max Outside USA

Geo-restrictions on streaming platforms have become a norm lately and there’s nothing we can do about it. However, there’s always a way around it, and here’s how to watch Fantastic Beasts a Natural History on HBO Max outside USA using a VPN app:

The new documentary that was released on BBC on February 27, 2022, prior to the upcoming movie Fantastic Breasts – Secrets of Dumbledore, is also coming on HBO Max on April 1, 2022. The trailer is also out which you can watch here:

The trailer starts as a dragon flies away and Fry says: “The World is a Magical Place.” The rest of the trailer shows how he goes to different places and museums to understand and uncover how the real creatures inspired the maker to create these mythical creatures that we have been seeing and hearing of for years and decades.

There are a lot of VPN apps available on the internet and if you are a binge-watcher or privacy-focused internet user, you must have researched the best available VPN apps. However, if you still haven’t bought a subscription to any VPN service and are planning to get one, we have shortlisted the best HBO Max VPNs to watch Fantastic Beasts a Natural History on HBO Max outside USA.

Not just that, through these VPN apps you can unblock almost any streaming platform, as well as enhance your internet security. We have handpicked these apps after several hours of trial and testing and you can count on our recommendations.

Furthermore, we don’t advocate free VPN apps as they will not get the job done for you and also will make you prone to privacy breaches and data theft.

ExpressVPN has been reigning in the VPN industry for quite some time now. It is known for its overall fantastic performance backed by several amazing features. This app is the best VPN to watch Fantastic Beasts a Natural History on HBO Max outside USA. You can also watch the latest content like Julia on HBO Max globally.

This VPN operates a widespread network of more than 3000+ servers available and located in over 94+ countries. ExpressVPN offered outstanding downloading and uploading speeds of 88.78 Mbps and 54.22 Mbps, respectively, when tested on a 100 Mbps connection.

This VPN is loaded with excellent tech features and comes with dedicated apps for Android, Windows, macOS, Linux, iOS, as well as mobiles, computers, gaming consoles, streaming devices, and routers. You can simultaneously use it on 5 different devices with a single subscription. On these devices, you can also watch amazing content like Brené Brown on HBO Max outside USA.

ExpressVPN charges US$ 6.67/mo - Save 49% and get 3 extra months FREE with 12-month plan for a subscription and also provides a one-month money-back guarantee.

Surfshark is the best option if you are looking for all the premium VPN features at a moderate pricing plan. You can get this VPN for as low as US$ 2.30/mo - 82% Off on 2 Years Plan, including a comprehensive 30-day money-back agreement.

Moreover, you can use it on unlimited devices at a time with a single subscription, and with this option, it definitely becomes the most pocket-friendly VPN to watch Fantastic Beasts a Natural History on HBO Max outside USA.

Surfshark has worldwide coverage of 3200+ servers available in over 65+ countries, including 600+ servers in the USA. On our 100 Mbps connection test, these speed-optimized servers reported an ultra-fast downloading speed of 87.18 Mbps and an uploading speed of 52.13 Mbps.

You can use this amazing app on macOS, Windows, Android, iOS, Linux, as well as smart TVs, smart devices, gaming consoles, streaming devices, and routers. You can also watch other HBO Max content like Queen Stars on HBO Max outside USA.

NordVPN is for you if you are looking for enhanced security and a widespread network of servers. This VPN houses more than 5543+ servers available in 94+ countries, including 1700+ servers in the USA. Based on its network, it is the largest server’s network VPN to watch Fantastic Beasts a Natural History on HBO Max outside USA.

This VPN enables you to unblock HBO Max, Vudu, Prime Video, Disney Plus, Netflix, Hulu, Peacock, and Paramount as well as FuboTV, YouTube TV, Sling TV, Hulu + Live TV, and DirecTV. Not only this but you can also watch, you can also watch Traffickers on HBO Max from anywhere.

Furthermore, NordVPN boasts a scorching download speed of 86.56 Mbps and an upload speed of 44.07 Mbps when tested on a 100 Mbps connection.

NordVPN is known for its security features and some of its key features include Automated Kill Switch, Split Tunneling, Dedicated IP, Double Protection, AES-256 Encryption, Obfuscated Servers, Tap-jacking Protection, Onion Over IP, and 24-hour Customer Support. You can also watch content like Lust on HBO Max outside USA.

This VPN brings you convenience and can be configured on Windows, macOS, Android, iOS, and Linux. You can also use it on your smart devices, gaming consoles, streaming devices, smart TVs, Wi-Fi routers, computers, and mobiles. With a single account, it can be used on 6 devices simultaneously.

If HBO Max isn’t available in your region, you will need a VPN app to access it outside the USA. That is why, when you try to reach this OTT service in a restricted country, the following locations error message appears:

Moreover, even if HBO Max is offering its services in your region, you will get a customized content library and will likely miss out on the super-hit shows, films, and docuseries offered in the USA. The reason behind this is the licensing agreements and copyright laws.

Now, you must be wondering how a VPN gives you access to HBO Max from a restricted region? Your current location is revealed by the IP address of your device and online streaming platforms have strong location detection and anti-VPN tools. Your access request will be immediately thwarted if you will not use a premium VPN app.

That’s where only a reliable VPN app can help you. Through our recommended ExpressVPN, you can easily change your location to somewhere in a region where HBO Max is available for streaming. In this case, to stream Fantastic Beasts a Natural History, you can change your IP address to the USA and that will make the streaming platform think that you are accessing their services right within the States. With a VPN you can also watch DMZ on HBO Max from anywhere.

Stephen Fry is on a venture around the world and will reveal the stories behind some of the most remarkable creatures in the world of wizards as a result of a great partnership with the Natural History Museum. He will be traveling from Utah to Loch Ness and Florida, on his quest to discover and unveil the secret behind the popularity of the world of mythical beasts and why is it so.

To add more excitement to this journey, Stephen will be having J.K. Rowling with him to take an exclusive interview with her, which “brings our best-known myths and legends to life and examines the connections between the extraordinary animals of planet Earth and the fantastic beasts of mythology and the Wizarding World.”

The Cast of Fantastic Beasts a Natural History

The Fantastic Beasts: A Natural History is a documentary presented by Stephen Fry so we will be seeing him only most of the time but there are certain appearances in the documentary that are mentioned below.

Can you watch Fantastic Beasts a natural history on HBO Max?

Yes, you can watch the Fantastic Beasts a natural history on HBO Max as the documentary soon will be released on the streaming platform.

Is Fantastic Beasts a natural history on HBO?

Yes, Fantastic Beasts a natural history is going to be on HBO Max from April 1, 2022, and onwards. You can stream it if you have a subscription to the platform.

Is Fantastic Beasts a natural history connected to Harry Potter?

Inspired by the Wizarding World of J. K. Rowling and led by Stephen Fry, Fantastic Beasts a Natural History is a perfect series to make the viewers delve into the mesmerizing world of creatures, both real-world and imaginary, which have captured their fascination over the years.

To summarize it all, Fantastic Beasts a Natural History will be available on HBO Max exclusively and if you are driven by fantasy and magical creatures then we suggest you must not miss out on this unique series. You will face geo-restrictions from HBO Max if you are looking to watch this series from outside the USA, and for that matter, get a subscription to ExpressVPN for a guaranteed and seamless watching experience.