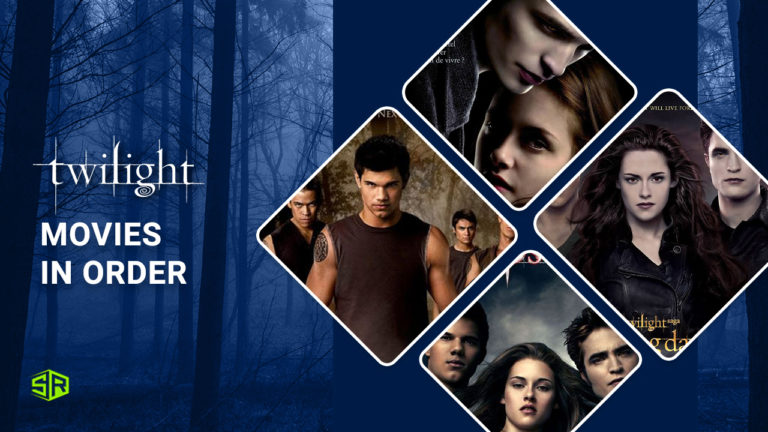 It’s going to be a decade since the release of the last Twilight movie, a franchise that created a major buzz around the world during its tenure from 2008 to 2012, leading to a hell of a lot of influence and a couple of controversies at the time but a lot more memes today.

Created by Stephanie Meyer, the series is out-an-out a YA paranormal romance that platformed the careers of Kristen Stewart and Robert Pattinson. While the supporting cast of young actors failed to peddle their careers, therefore, the two main protagonists are now in the league of best actors.

This five-movie franchise had everything — sparkling blood-sucking vampires, a dangerous pack of wolves and a confused and silly teenage girl who is getting attention from all sides. What starts off as a simple love story between two different species, or as they like to say a lamb and a lion, turns into a full-blown action drama with exhilarating fight sequences and an almost tragic ending.

If you’re new to the world of the Twilight saga, we’re excited to welcome you and ensure summit entertainment.

Starring Kristen Stewart, Robert Pattinson, Billy Burke, Peter Facinelli, Taylore Lautner, Nikki Reed and many more drop-dead gorgeous faces perfect for playing vampire roles, this insanely popular supernatural love story — which can safely be called one of the most popular romantic movies on Netflix (in its own twisted ways!) to watch till date — consists of five parts of the twilight saga.

Adapted by the best-selling book series, the last one, Breaking Dawn, was divided into two films, giving shape to five films instead of four.

So, without further ado, let’s begin our “hunt” and list down the Twilight saga movies in order: 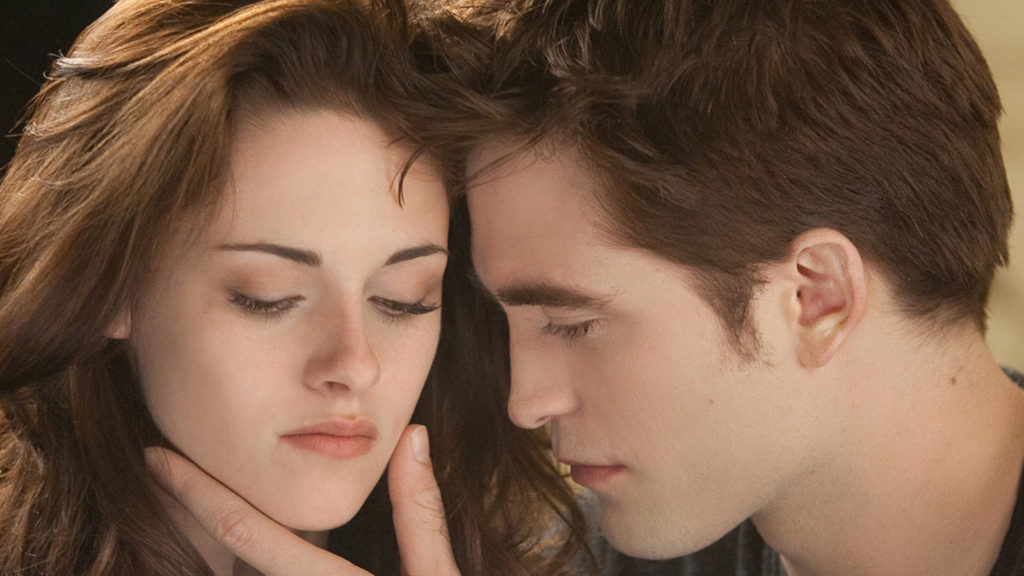 We are first introduced to Bella Swan in the series of Twilight films which is the first film, the seventeen-year-old girl who moved to Forks from Arizona to live with her father, a police chief. In the first glimpse, you’ll find her to be clumsy, and of course, she has an instant connection with Edward Cullen.

Edward (Robert Pattinson) is a vampire in a vampire world and he cannot resist her blood. “hostile Vampires cannot resist anyone’s blood”, you must be wondering. Well, this Edward is different, and he and his family are among the good ones who have consciously developed resistance to human blood by satiating their thirst by feasting on beasts.

So, when Edward realizes his uncontrollable attraction towards Bella’s blood, he tries very hard to stay away from her but in vain. This struggle dominates the Twilight saga, the first Twilight film with some unintentionally humorous moments.

And oh, Bella also has a friend Jacob(Taylor Lautner) whose family is not on good terms with the Cullens. Will this love bloom? Watch the movie to find out! 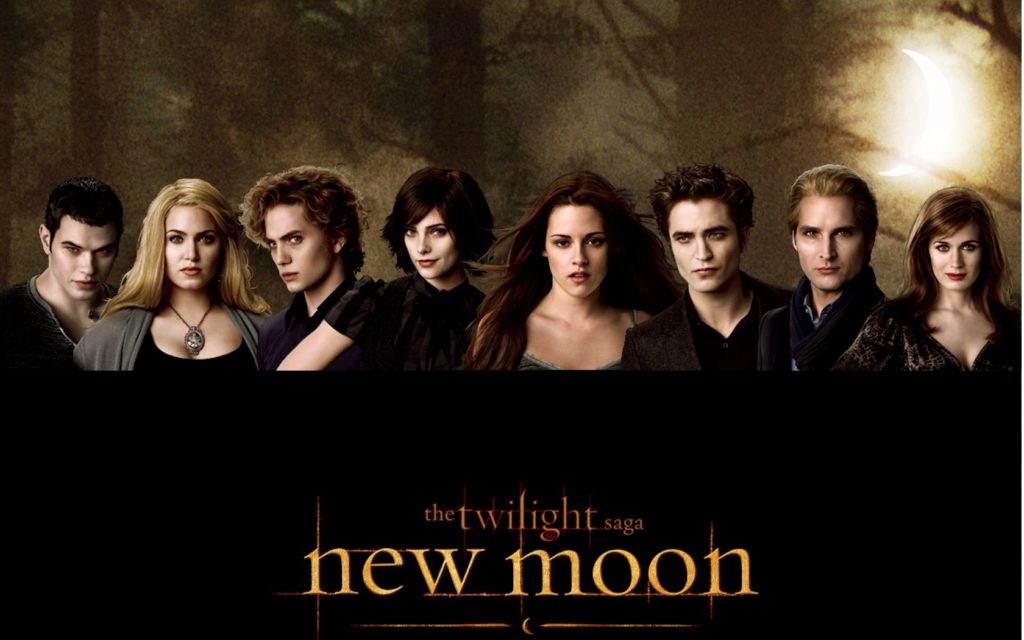 In the New Moon, we can see that Bella and Edward Cullen are in love but not together anymore because of the events that went down on her birthday. Bella has found comfort in the company of Jacob who is now a werewolf. It seems like she cannot fall in love with a human.

Alex makes an unexpected return and asks Bella to help her save her brother.

Will she listen to Jacob Black and decline her request or run to another continent to save the love of her life? Watch the new moon to find out more. 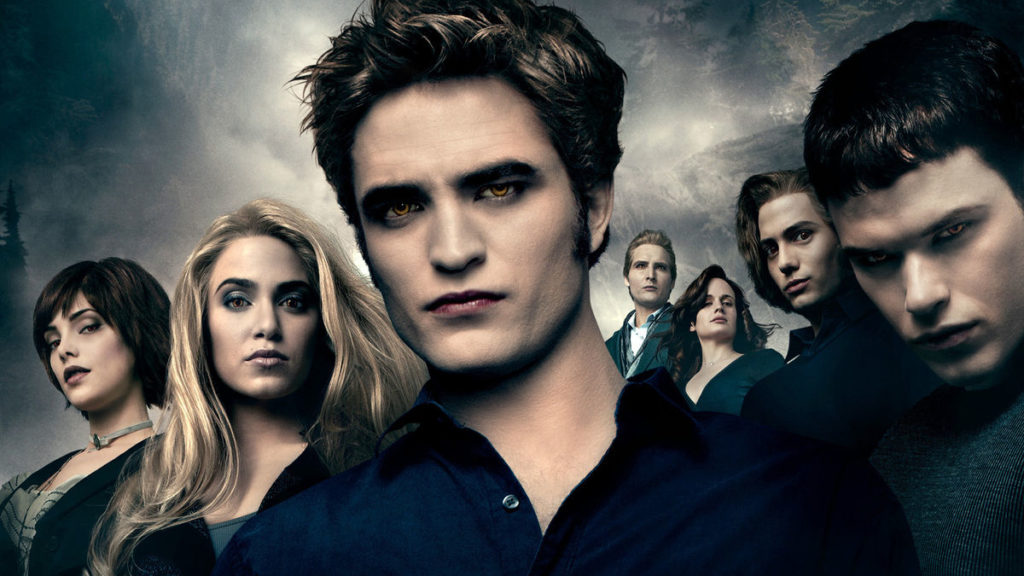 Someone from the past has made a return and is out for Bella’s blood.

They will go to any lengths and leave no stone unturned until they’ve achieved what they’ve come for in this third film of the Twilight saga with summit entertainment. Both Edward Cullen (Robert Pattinson) and Jacob are sort of in the same team now, fighting and wanting to surrounds Bella and win Bella’s attention.

What will be the outcome? Will the boys end up actually liking and respecting each other? Who will Bella choose?

Recommended: The Marvel Movies in Order 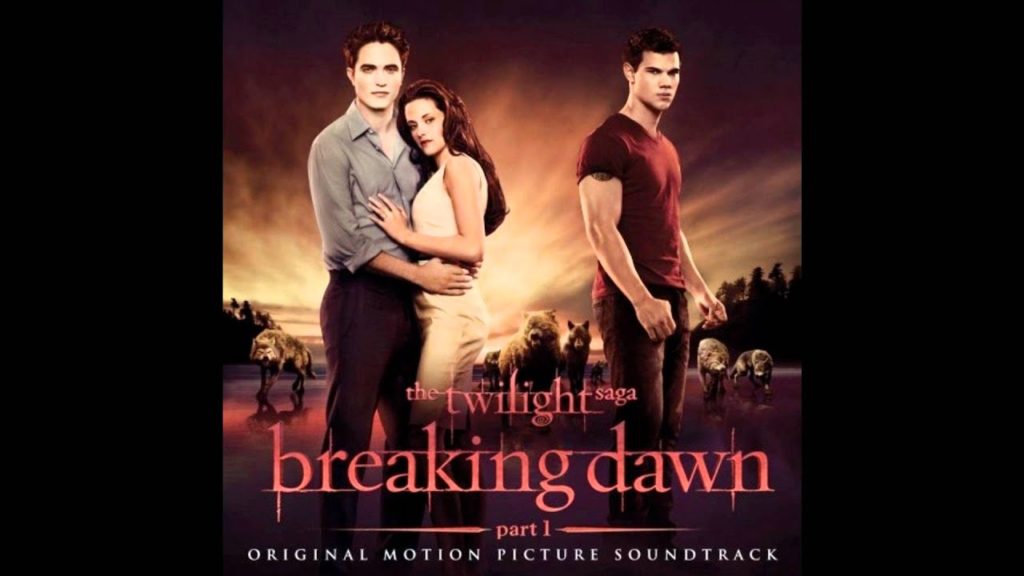 This part of the Twilight saga breaking dawn part 1 shows Bella Swan (Kristen Stewart) and Edward’s wedding as they decide to spend the rest of their lives together — they are FINALLY married and honeymooning.

Will this be their happy ever after in this breaking dawn part? You bet not, because Bella awakens by the news or pregnancy and their life is struck by lightning with the news of her pregnancy.

Can humans and malicious vampires procreate? Nobody thought it was possible, but now that it is, what will they do? 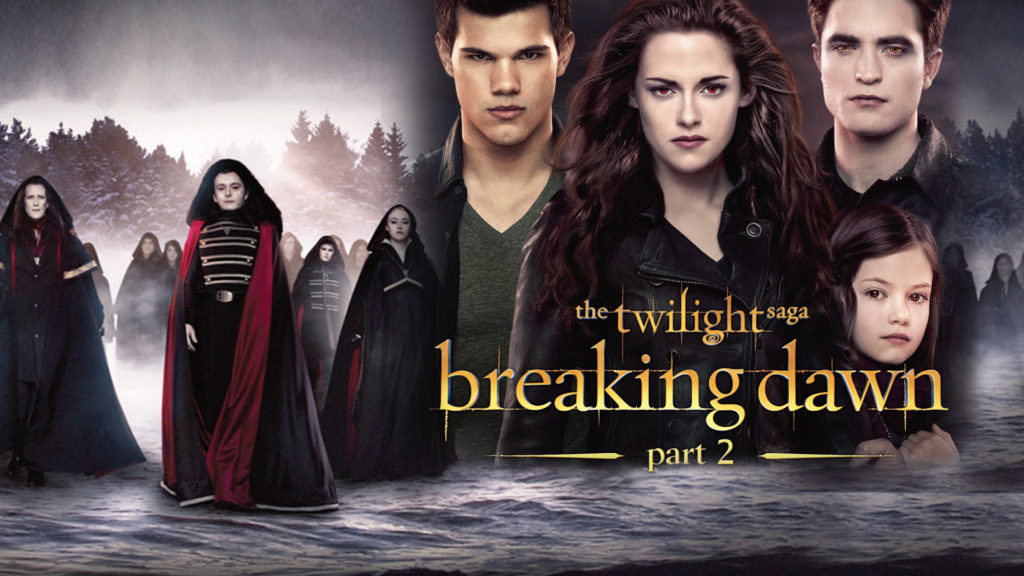 In this part of the Twilight saga breaking dawn part 2 (the final book ) of the previous films and the last film of the film series, Bella Swan has decided to keep her immortal child (newborn vampires), even at the cost of her life. It’s the first time when Edward Cullen and Jacob have come together, to protect Bella Swan (Kristen Stewart)and her little one in this breaking dawn part.

But this supposedly happy news has spread like wildfire and reached people who are against it. The Cullen family are creating their own army and war is anticipated in this part of breaking dawn as mysterious killings terrorizes Seattle and a malicious vampire continues.

The movies are captivating, enthralling and oh so romantic! Watch the series to become part of the twilight faithful that has a worldwide reach and a reason for summit entertainment.

If you’re hoping to partake in a Twilight saga marathon, you’re in luck. Catch the series on Netflix, as all of them have arrived on the platform this summer. While you’re at it, you may also want to check out our list of 15 best horror movies to send chills down your spine.