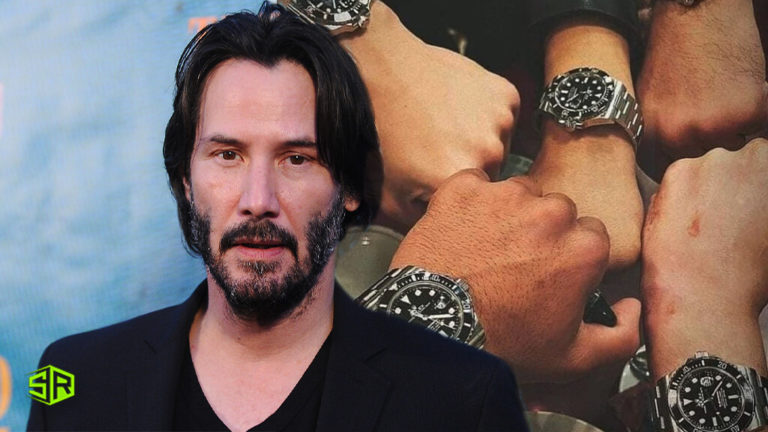 By lavishing gifts on the stunt team on his latest film, John Wick 4, Keanu Reeves has proved that his reputation as one of Hollywood’s nicest guys is well-deserved!

After wrapping up filming for the upcoming action film, the 57-year-old actor surprised his stunt crew with individually personalized Rolex Submariner watches during a dinner in Paris on Saturday night.

Reeves gifted the watches to Bruce Concepcion, Jeremy Marinas, Dave Camarillo, and Li Qiang. The inside of each watch was engraved with custom messages from the actor to each person.

Marinas posted a photo of one of the watches on his Instagram Stories, referring to it as the “best wrap gift ever” and revealing the reading on his watch, “The John Wick Five” in addition to the message “Jeremy Thank you Keanu JW4 2021.”

Concepcion also posted a photo of his Rolex on Instagram Stories, captioning it, “Got that new new thank you bro KR.”

Reeves has never shied away from making lovely grand gestures, and that’s what makes him so loved among his crew and fans alike.

The Best Movies On Amazon Prime To Stream This Weekend!
The 5 best Amazon Prime VPNs in 2021 [Updated in October]

His habit of doing kind and down-to-earth things for his fans frequently goes viral, such as in May, when a writer recounted the time the actor bought an ice cream cone just so he could sign the receipt for a 16-year-old fan.

Despite the interest, Reeves told PEOPLE in 2019 that he was surprised the internet was so obsessed with him.

John Wick: Chapter 4 will be released in theatres in May 2022 (and John Wick: Chapter 2 will be available to stream on Amazon Prime very soon!). It was announced in May of this year that Rina Sawayama would make her acting debut in the film.

“I’m so glad to have Rina on board to make her feature film debut in John Wick: Chapter 4,” Chad Stahelski, the film’s director, said in a statement. “She’s an incredible talent who’ll bring so much to the film.”

Reeves’ next film appearance will be in The Matrix Resurrections, which will be released in December.

Fans already know Keanu Reeves is a nice guy, but he might also be eligible for the ‘best coworker ever’ badge.

Fans adore his personality, and we wish there were more people like him in the world.