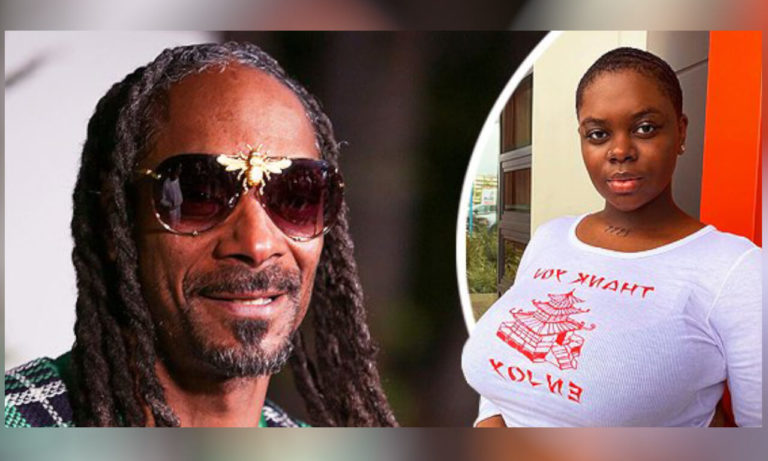 Snoop Dogg’s daughter, Cori Broadus took it to her Instagram on Tuesday to shut down body shaming trolls.

Sharing a message that she received from a troll who asked her to get surgery, the 22-year-old publicly responded to the condescending follower.

Here’s what the mean message read:

Tummy tuck and breast reduction hunni u have the money.

She went on slamming the rest of the trollers as she shared another clip on her story, flaunting her body with the caption,

Like I don’t know what I’m suppose to do my shit just big as fuck. Y’all be annoying on here, Oh she 2 big oh she 2 skinny oh she this oh she that.. embrace what you got and shut the fuck up.

She then added another post to the story, dissing out the trolls suggestion of getting surgery, with the caption,

With the rise of unnatural and impossible-to-achieve beauty standards, body shaming has been becoming increasingly common. Statistics show that “approximately 91% of women are unhappy with their bodies and resort to dieting to achieve their ideal body shape, and 58% of college-aged girls feel pressured to be a certain weight.”

Unfortunately, trolls do not hold back from projecting their own insecurities by spouting negativity towards anyone they see online — especially if the personality is more successful and influential than they can ever be.

Thankfully, though, celebrities have started opening up on body image issues and how the urge to comply to these beauty standards can actually be harmful for both the body and mind. Not too long ago Clare Crawley from Bachelorette announced that she’s getting her breast implants removed, and that has been an inspiration for many around the globe.

Initially, such criticism used to be directed towards celebs only, but now their family members have also started becoming victims of it.

All of this negativity came her way just two months after she revealed that her mental health was not good, and at one point, she had even tried committing suicide. She posted this on her Instagram, where she shared a photo with her boyfriend and thanked him and his family for helping her get through that phase.

Cori has been dealing with mental health issues since childhood. During a live video session on Instagram, she said,

When you have a title and you’re something or somebody, people think you don’t go through stuff. Just because my dad is who he is doesn’t mean I don’t get sad.

The reasons behind her mental health issues were her personal issues as well as her physical features. Cori explained,

I grew up with two light-skinned brothers. And I was the only chocolate one. I was overweight. I got lupus at six so I was overweight from being on steroids. That automatically messed with my health.

I’ve always been sad and depressed because of my health.

Cori received great support from her fans after she opened up about her struggles. Donatella Panayiotou ( a popular TV presenter) shared her support in comments of her live video session, stating:

Love you, Princess, you are beautiful and special, and please don’t ever forget that.” She added, “I’m always here and you know that. Sending you love and light ❤️.

Another prominent personality to come to Cori’s support was Bianca Elouise, an Australian swimsuit designer, and owner of MyraSwim. Bianca wrote,

I just watched this whole clip. I’m so proud of you girl. I love you so much. I wish I had the courage to share my experiences with mental health like you do. I look up to that type of strength ???.

Negativity in form of body shaming, coming one’s way when they’re already struggling with things, creates havoc and makes things all the more worse. However, seeing the way Snoop Dogg’s daughter Cori Broadus responded to the haters, many victims of cyber bullying will be able to embrace their bodies instead of falling trap to the negativity thrown towards them.