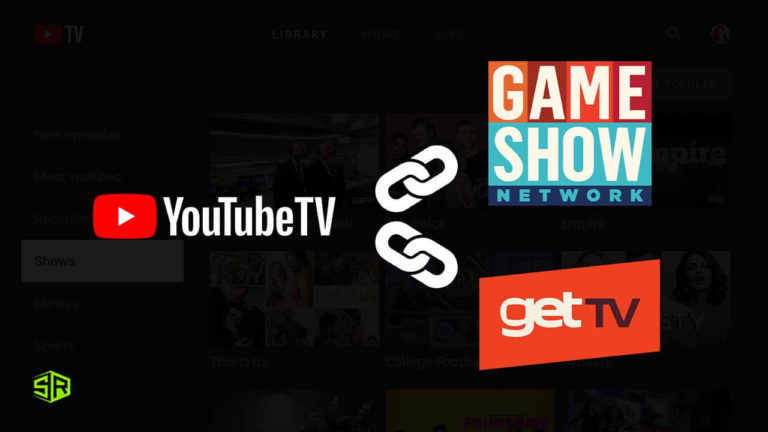 Game Show Network on Twitter announced on December 08, 2021, that they have penned a distribution agreement with YouTube TV to bring Game Show Network and getTV to the live streaming lineup of YouTube TV. The two channels will be a part of the basic package, for all its subscribers.

Game Show Network is now on @YouTubeTV! All your favorite faces are now just a click away.

The streamer has been gradually adding channels over the past few months, including the latest additions of Hallmark, Hallmark Movies & Mysteries, Hallmark Drama, FOX LiveNOW, and FOX Soul.

Tim Carry, Executive Vice President Distribution for Game Show Network, getTV, and Sony Cine stated, “We are thrilled YouTube TV is now providing the best in game show and iconic TV series with Game Show Network and getTV to all of its customers, along with delivering the excitement of blockbuster movies to their Hispanic audience with Sony Cine.”

Here’s some elaboration on the two latest channel additions on YouTube TV.

Game Show Network offers favorite classic and engaging original game show programs. As the first and sole channel exclusively dedicated to the genre of the game show, this channel is a 24/7 destination providing the audience  with a daily dose of family-friendly and leisure game-based content including winning personalities, wall-to-wall fun, and play from your armchair entertainment.

GSN revealed on their Twitter handle about the collaboration with Youtube TV, however, the Google-owned streaming platform didn’t announce the news in an official capacity but replied to GSN on Twitter with encouraging words and getting excited with a GIF of a dancing group and celebrating on the game show Winsanity.

To put it into context, if you are unfamiliar, the Game Show Network has been around since 1994 and provides a home to popular family shows that have become must-watch around the living room for generations. For instance, Family Feud which first aired in 1976 and is now hosted by Steve Harvey, is available on GSN, and now with the new agreement will also be available on Youtube TV.

Other exciting shows to watch on your Chromecast now also include Idiotest, The Chase, Chain Reaction, Get A Clue, Hellevator, Winsanity, The Newlywed Game, America Says, Minute to Win It, Cash Cab, and The American Bible Challenge. Such a long list, isn’t it? Well, that fully justifies more of the subscription price for Youtube TV than ever!

You can access The Game Show Network by just launching the Youtube TV app and searching for “GSN.” Or you can either explore the channel list to fill your lounge with thrilling and fun gameshow feels. It is pertinent to mention that Youtube TV is offering the first-month subscription for just $14.99, a $50 off. So we recommend you to sign up now to watch Youtube TV which is also coupled with a generous two-week free trial.

Anchored by a huge library of Sony Pictures Entertainment’ TV series and films, getTV is a national TV network offering fan-favorite TV series including classics and favorite titles such as Walker, All In The Family, Texas Ranger, A “primetime is crime time” program every weeknight including Mike Hammer, Kojak, Charlies Angeles, and Starsky & Hutch to name a few well as a wide array of vintage Westerns throughout the weekend, every Saturday and Sunday.

The getTV, which is also offered as an OTA channel, heavily depends on classic series produced by Sony Pictures Television including “Sanford and Son” and “Good Times.”