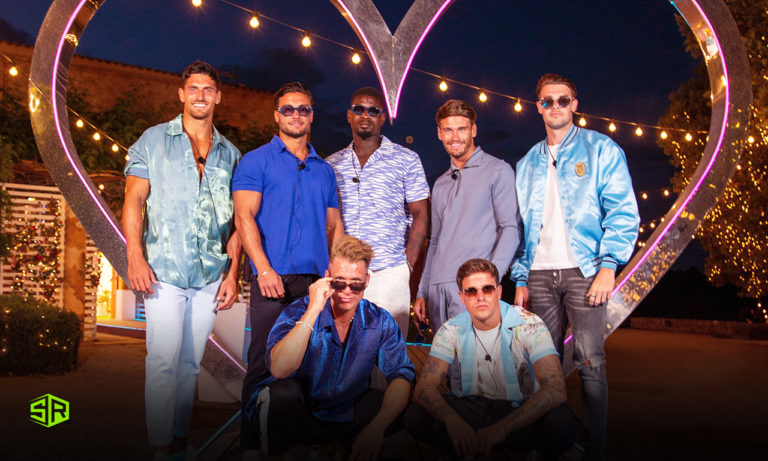 Women’s Aid confirmed that it has been in talks with Love Island producers to address the “controlling and misogynistic” behavior that was televised in the recent episodes.

The famed ITV2 reality dating show received backlash because of how the male islanders treated the female participants.

In one of the recent episodes, the 23-year-old Luca Bish was seen encouraging other boys to be unfaithful to their partners while they were away at Casa Amor.

Later on, he himself got angry with his partner Gemma Owen. Apparently, he thought Gemma was the one who encouraged Billy Brown’s flirting, a claim which she clearly denied.

Fans also defended Ekin-Su Cülcüloğlu after Davide Sanclimenti repeatedly called her a “liar” even though he was snogging someone in Casa Amor.

Rest of the boys in the villa were also criticized. For instance, Dami Hope dismissed Summer Botwe by calling her “fake.” Jacques O’Neill, before exiting the show, also called his then-partner Paige Thorne “pathetic.”

After the Monday July 18 episode, Women’s Aid stated that it had been tagged in “a stream of Twitter posts, with viewers of Love Island highlighting the misogyny and controlling behavior being shown on screen.”

Everyone has a role to play in ending domestic abuse, including Love Island.

➡️"A programme based around the formation of romantic relationships must have guidelines on what behaviour is acceptable and unacceptable in those relationships." https://t.co/BUA9BI4Rap

While talking to Metro, the organization said:

“This is clearly more than talking about any individual contestants, and a program based around the formation of romantic relationships must have guidelines on what behavior is acceptable and unacceptable in those relationships.”

The organization confirmed that it is in “discussion with the team at Love Island about how we can work together moving forward, to address the issues and concerns raised.”

This comes after Luca Bish’s family apologized for his behavior on his behalf during the movie night challenge that took place on Sunday (July 17).

His family shared a post on Instagram stories stating they do not condone his behavior and apologized for his “insensitive reaction.”

“We as his family don’t condone his behavior, but we do understand he is in an intense environment where his emotions are heightened. Last night was not reflective of the boy we all know and love at home.”

“The misogyny and casual sexism witnessed on this series of Love Island are extremely concerning. The double standards, gaslighting and coercive control being displayed by the men in the villa is hugely problematic.”

The misogyny and casual sexism witnessed on this series of #LoveIsland is extremely concerning. The double standards, gaslighting and coercive control being displayed by the men in the villa is hugely problematic.https://t.co/iUNKcUXpnG

Women’s Aid said all of the scenes stated above compelled them to seek ITV bosses to address certain concerns about the show.

According to the charity, the producers shared their inclusion training plan – a sort of coaching program for all islanders on how to behave appropriately and address sensitive topics like race and disability.

“But what appears to be missing is specific information on abusive relationships and an understanding of controlling behavior in relationships. It is vital that producers know when to intervene and challenge unacceptable behavior.”

She also said that Women’s Aid extended its hand in helping the show improve its standards by being “in conversation with ITV and the Love Island producers about what we can do moving forward to help address this.”

“ITV can play an important role here, by dealing with something that is clearly an ongoing issue for the show, and at Women’s Aid we want to help where we can.”

Even though Jacques left the show, he was still criticized for the way he treated Paige Thorne before leaving as he called her “pathetic.” According to him, the show was taking its toll on him, and yet the producers still pressured him to continue. Later on, he revealed that deciding to become a part of the show was the “worst decision of my life.”

Apart from Jacques being vulnerable, Andrew Le Page also had a breakdown in one of the episodes while talking about his feelings for Tasha and how he felt like he’ll “never be good enough.”


In reply to Women’s Aid’s comments, an ITV spokesperson said:

“We cannot stress highly enough how seriously we treat the emotional well-being of all of our islanders. Welfare is always our greatest concern, and we have dedicated welfare producers and psychological support on hand at all times, who monitor and regularly speak to all of the islanders in private and off-camera.”

“Ahead of this series, contributors on the show were offered video training and guidance covering inclusive language around disability, sexuality, race and ethnicity, behaviors, and microaggressions. “

“We are always looking at how we expand and evolve on this training to ensure that all of our islanders feel they are part of a safe and inclusive environment.”