Money Heist Season 5: (Spoiler Alert)! Fans Speculate That Rio Might Be The First One to Die 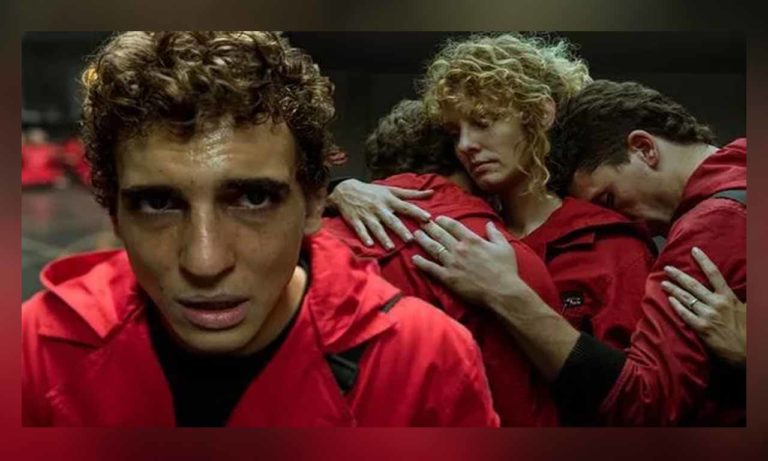 The Cast of Money Heist, which is claimed to be one of the most popular shows, has returned to the sets as the shooting for its fifth and final season is underway.

Pedro Alonso who plays the character of Berlin, was recently seen at the sets with Patrick Criado (New member of the cast).

Úrsula Corberó who plays the role of Tokyo, has also returned at the sets and she also tweeted a picture:

However, Miguel Herran, who plays Rio and Rodrigo De La Serna, who plays Palermo did not share this pic. This has sparked a new speculation among fans and the new fan theory is that these two will be the first ones to be killed in the final season.

One of the Reddit users shared this comment, “I don’t know if this means anything but the only present cast that didn’t post the season five mask on their Instagram was Rio and Palermo. Is this a hint?”

Where many fans are supporting this theory, there are a few ones who believe that the way these actors use their social media accounts might be different.  One of the Reddit users commented on the thread,

“Rodrigo is not active on social media or busy with other things. Alba is not active either, she hasn’t posted anything for a month.”

Some fans have also speculated that all cast members will die except for Tokyo, as she is the one narrating the story. Another fan shared his theory that Tokyo is telling this story to Nairobi’s son. Here’s the whole comment:

“While watching a YouTube video, I came across a really interesting comment. Somebody added that Tokyo is telling the story to Nairobi’s son. I don’t know about you, but my mind is BLOWN,”

Fan theories will keep on pouring, and you will get to see a new rumor or speculation now and then. However, we all will have to wait until the Money Heist Season 5 releases and see how accurate any of these theories were.