Hopeful Progress in Britney’s Case, New Lawyer Rosengart said “We will be moving promptly and aggressively for Jamie Spears’ removal” 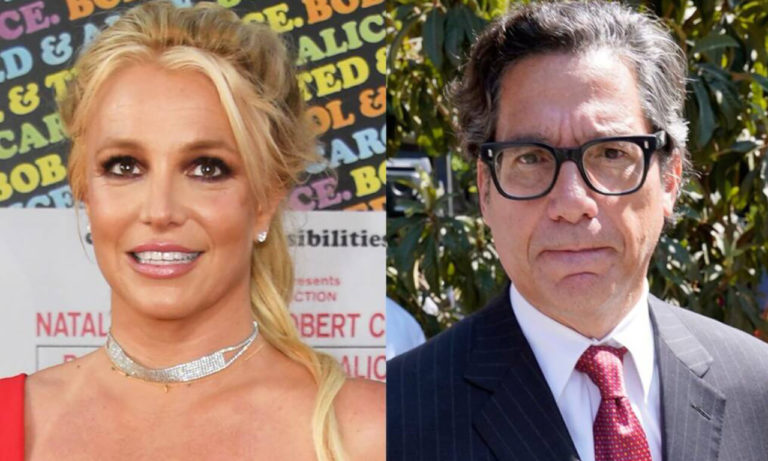 Britney Spear’s case has taken an interesting turn since the court allowed her to appoint an attorney of her choice, and she chose Mathew Rosengart.

During the hearing on Wednesday, Britney Spears broke down in tears while sharing details of how her father has been in control of her life–from her food choices to her personal life choices.

While addressing the court through a phone conference, Britney said,

“I’m here to get rid of my dad and charge him with conservatorship abuse. She added, “My dad needs to be removed today.’

While speaking to the press outside the court on Wednesday, Rosengart stated that they would be taking a ‘top to bottom look” at how Britney’s father has handled things related to her daughter’s conservatorship.

We will be moving promptly and aggressively for [Jamie Spears’] removal,” Rosengart affirmed. “The question remains: Why is he involved? He should step down voluntarily as that is in the best interest of Britney Spears.

“I think we’re going to look back at yesterday (Wednesday) as Britney’s independence day.”

She also said that he is going to be the “fierce advocate that Britney deserves in court.”

Mathew Rosengart is popular in the industry, as he has represented many big names before, like Steven Spielberg, Sean Penn, Ben Affleck, Keanu Reeves, Eddie Vedder, etc. He’s a former Federal Prosecutor, and this is a factor that many believe will be in Britney’s favor.

The allegations of Conservatorship abuse have been denied by Jamie Spear’s legal team back to back. However, since an attorney of such a stature has joined Britney’s side, things may very well turn to be in Britney’s favor.

In this series of events, Britney’s former manager ‘Sam Lutfi‘ came forward to apologize to Britney for failing her after Wednesday’s hearing. Lutfi, posted on Twitter, admitted that he “let down” Britney and failed to protect her.

Just sitting here listening to that court recording, if she hates me after she’s free I won’t blame her… I failed her, I was supposed to protect her from all this, I let her down and we both paid dearly for it – – head in hands..I’m so sorry

Later on, after Wednesday’s hearing, Britney celebrated her ‘mini victory in court by sharing a video of her doing cartwheels. T

he caption of the video read,

Coming along, folks … coming along. New with real representation today. I feel GRATITUDE and BLESSED !!!! Thank you to my fans who are supporting me. You have no idea what it means to me be supported by such awesome fans !!!! God bless you all !!!!! Pssss this is me celebrating by horseback riding and doing cartwheels today.

Coming along, folks … coming along ??!!!!! New with real representation today … I feel GRATITUDE and BLESSED !!!! Thank you to my fans who are supporting me … You have no idea what it means to me be supported by such awesome fans !!!! God bless you all !!!!! pic.twitter.com/27yexZ5O8J