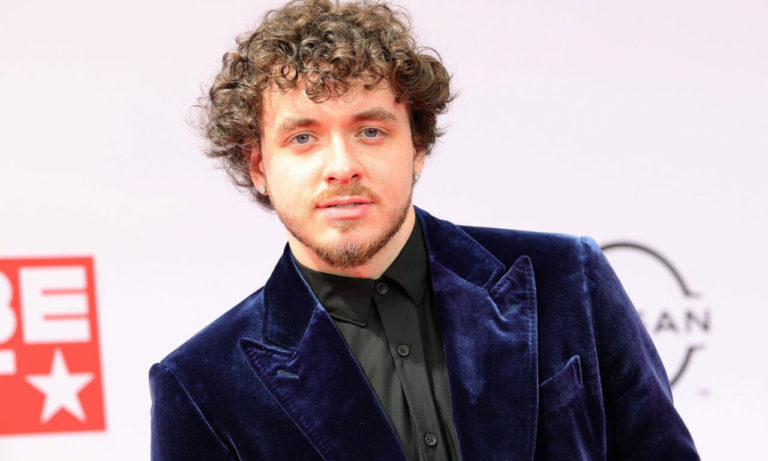 The curly-haired cutie, Jack Harlow — famous for songs like What’s Poppin’–  has opened up about his decision to get rid of alcohol.

Jack Harlow has revealed that he stopped drinking alcohol this year. The 23-year-old rapper said he doesn’t “need it” after finding out he didn’t want to drink anymore in a video posted on Instagram. 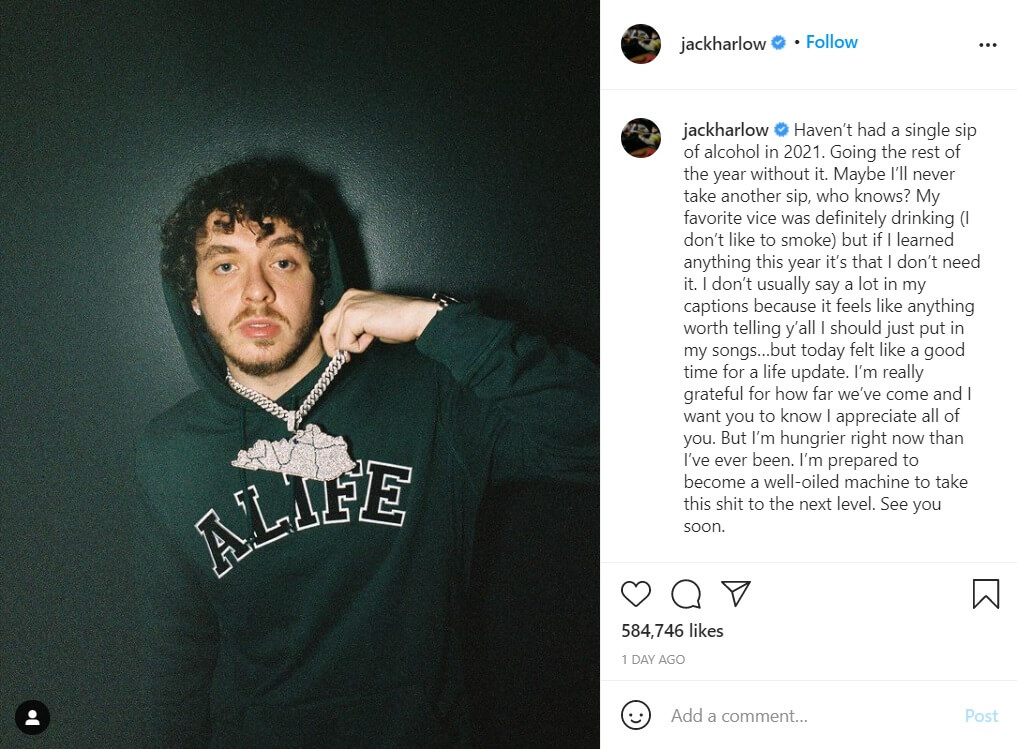 “Haven’t had a single sip of alcohol in 2021. Going the rest of the year without it. Maybe I’ll never take another sip, who knows?” the “What’s Poppin” rapper wrote. “My favorite vice was definitely drinking (I don’t like to smoke) but if I learned anything this year it’s that I don’t need it.”

“My favorite vice was definitely drinking (I don’t like to smoke) but if I learned anything this year it’s that I don’t need it.”

“I don’t usually say a lot in my captions because it feels like anything worth telling y’all I should just put in my songs…but today felt like a good time for a life update,” he added.

Jack continued, sharing that it was a good moment for a “life update,” and that he appreciates all the support from his supporters throughout the year.

Harlow, however, isn’t the first celebrity to have opened up about their struggle with alcoholism. Actor Sanaa Lathan also talked about her drinking problem in a recent interview. Moreover, she has been speaking up about the lifestyle changes she has made in recent years.

“I stopped drinking about three years ago,” says Lathan, who will be starring in the upcoming Netflix series Hit & Run.

Alcohol was not going well with me physically. Just, it was not working anymore. It affects everything, and that’s part of the reason why I stopped, because even if you’re going out a couple of times a week and you’re drinking, it was starting to affect me throughout the week. It wouldn’t be necessarily a hangover, but it definitely dimmed my energy. I didn’t feel as good. It was affecting anxiety.

You don’t realize how over time it gets your brain out of balance as well,” she adds. “And the more I educated myself on really what it does to you … I have a mother who has never drank, and she’s probably the funnest person, the happiest person, because there’s this whole belief that you can only have fun with alcohol. I had to really reprogram that aspect, because it’s just all over in our culture. So, I haven’t missed it. My life has definitely become more of a morning life, but I can still go out and have fun.

She expressed that it has helped her cope with the difficulties of everyday life in a way she never imagined. Lathan, who also journals regularly as a form of self-care, says meditation has really helped her in her journey to sobriety.

“I grew up with a mother who taught me about meditation so, I did it on and off,” she says.

The reason why I came to this practice was several years ago, I went through a lot of trauma. I had a best friend who died suddenly. She was not sick. It was completely unexpected. I didn’t process it. I was in a shock type of situation.

In another good news, Harlow has stated that he will head on his Creme De LaCreme Tour this fall. Babyface Ray and Mavi will begin the show.

The tour will commence in Orlando on September 8 and end in Indianapolis on November 19. It comes after her massive Lollapalooza set just a few weeks ago.

We hope more and more celebrities can take inspiration from Harlow and embark on the journey to sobriety!