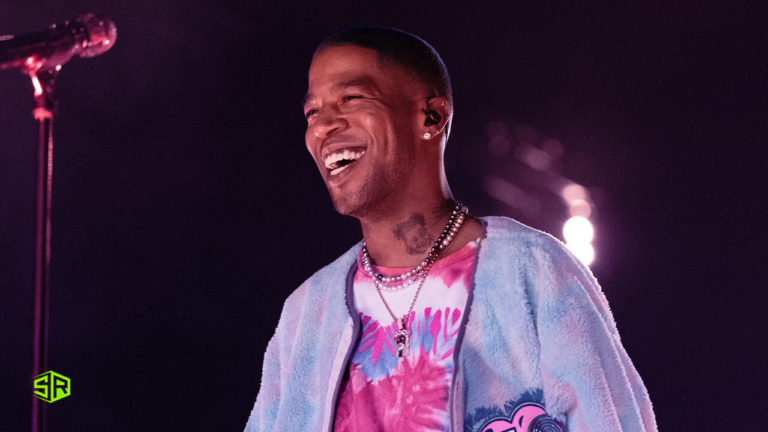 “I have ‘Entergalactic’ coming in the summer, and I wanna drop another album before that,” the rapper hinted.

Kid Cudi had a few plans in mind for his performance at Rolling Loud California on Friday (Dec. 10).

During his headlining set, the rapper revealed to the audience that, in addition to the upcoming release of the soundtrack to Netflix’s Entergalactic, he’s been hard at work on another project.

“I have Entergalactic coming in the summer, and I wanna drop another album before that, I got some tasty surprises and I’m really excited about all this new s–t, this new music, to give to you guys. That’s why I’m teasing this s–t now because it’s coming out soon.”

The artist then launched into a brand-new song called “Freshie,” which he described as “a lot of bars, a lot of rap.”

While ‘Entergalactic’ has been teased for more than two years, Cudi’s seventh studio album, ‘Man On The Moon III: The Chosen,’ was released last year.

NME’s Will Lavin wrote in a review of the album that it was “a cinematic masterstroke that electrifies the senses at every turn.”

“Kid Cudi gives us every part of himself, laying out his insecurities and inner demons in the hope that it might help someone else,” the review read. “No one does mood music quite like Cudi.”

Cudi released “Just Look Up,” his melodic collaboration with Ariana Grande from the star-studded Netflix film Don’t Look Up, ahead of his Rolling Loud California performance. The Netflix film is also starring Leonardo DiCaprio, Jennifer Lawrence, Cate Blanchett, Meryl Streep, Timothée Chalamet, and Tyler Perry among others like Jonah Hill. The movie is currently playing in select theaters across the country before arriving on Netflix on December 24.

Check out fan-captured footage of Cudi performing “Freshie” during his Rolling Loud California set below: