Jessie J Delivers Tearful Performance in L.A. After Revealing She Had Suffered a Miscarriage: ‘The Sadness is Overwhelming’ 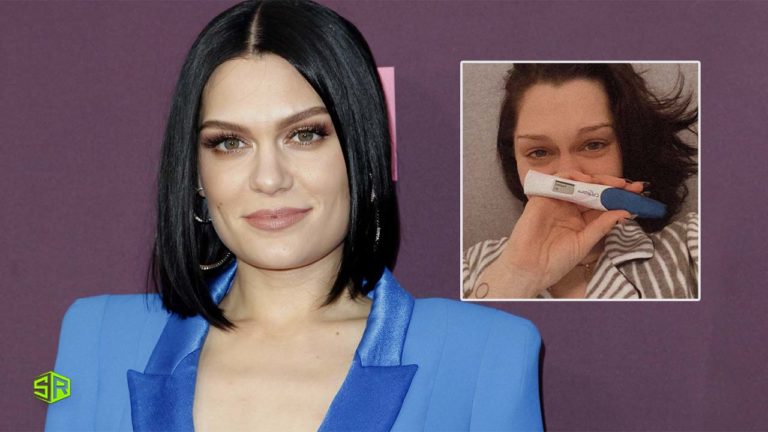 Jessie J gave a heartbreaking performance on Wednesday night after disclosing her miscarriage on Instagram.

The 33-year-old singer announced on Instagram that she had lost her pregnancy prior to her show at The Hotel Cafe in Los Angeles. The actress shared her personal struggles with the audience at the event.

“I decided to have a baby by myself and by a miracle it worked for a while and yesterday it was f— s—,” she explained, per TMZ, before calling 2021 “hands down the hardest year I’ve ever had to get through.”

“I know I’m going to be OK,” the singer told the fans despite the loss.

Jessie J (né Jessica Ellen Cornish) thanked her fans for their support on her Instagram Story in the wake of her heartbreaking announcement.

“Your overwhelming instant outpour of love is felt, received, and appreciated beyond measure. And it has got me out of bed this morning,” she wrote. Thank you.”

During her third scan, the singer told fans that the baby no longer had a heartbeat, in an emotional Instagram post.

Along with a photograph of herself holding a positive pregnancy test, the musician wrote.“? Yesterday morning I was laughing with a friend saying ‘seriously though how am I going to get through my gig in LA tomorrow night without telling the whole audience I am pregnant.’ By yesterday afternoon I was dreading the thought of getting through the gig without breaking down…,”

“This morning. I feel like I have no control of my emotions,” she continued. “I may regret posting this. I may not. I actually don’t know. What I do know is that I want to sing tonight. Not because I’m avoiding the grief or the process, but because I know singing tonight will help me.”

Jessie J informed fans that performing would be beneficial for her. “I have done 2 shows in 2 years and my soul needs it. Even more today,” she wrote.

“I know some people will be thinking she should just cancel it. But in this moment I have clarity on one thing. I started singing when I was young for joy, to fill my soul and self-love therapy, that hasn’t ever changed and I have to process this my way,” the star explained.

Having a child of her own, she added, is “all I’ve ever wanted,” adding that “life is short.”

“To get pregnant was a miracle in itself and an experience I will never forget and I know I will have again,” Jessie J wrote. “I’m still in shock, the sadness is overwhelming. But I know I am strong, and I know I will be ok.”

She continued, “I also know millions of women all over the world have felt this pain and way worse. I feel connected to those of you I know and those of you I don’t. It’s the loneliest feeling in the world.”

The singer declined an offer of a hysterectomy and claimed she defied the odds by changing her diet and lifestyle.

“I was told I can’t have children, but I don’t believe it,” she told radio station Heart in 2019. “I believe in miracles. I haven’t given up.”

Jessie J has previously discussed her wish to have children as well as her inability to conceive.

In a 2019 interview with BBC News, the singer discussed her fertility issues. She’d been diagnosed with adenomyosis five years before, and physicians had told her that she wouldn’t be able to conceive naturally.

The tissue that normally lines the womb begins to grow within the muscular wall of the womb in adenomyosis. It has been related to a higher risk of miscarriage and preterm birth.

Well, this is definitely a hard time for Jessie J. Losing your unborn child is something very difficult for a mother to deal with. Our prayers are with Jessie J. Let’s hope she recovers from this as soon as possible.