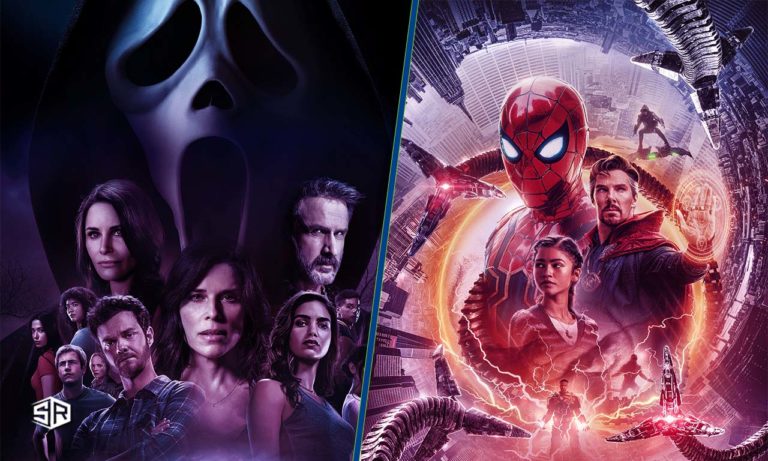 “Scream,” from Paramount/Spyglass, will claim top film after “Spider-Man: No Way Home” and is becoming the most successful film of the year, grossing $30.6 million in three days and $35 million in four days from 3,664 screens over Martin Luther King weekend.

The fifth installment in the meta horror series is the first not directed by the late Wes Craven, although it has earned positive critical and audience reviews, earning a B+ on CinemaScore and scores of 75 percent critics and 85 percent audience on Rotten Tomatoes.

The studio resisted the urge to release the picture on streaming (or even day-and-date on Paramount+), demonstrating their confidence in the work of directors Matt Bettinelli-Olpin and Tyler Gillett. Original filmmaker Wes Craven died in 2015, and the Radio Silence pair took over the franchise.

In terms of other horrors/thriller films released on Martin Luther King Jr. weekend, “Scream” is expected to outperform Andy Muschietti’s “Mama” ($32.6 million in 2013), but fall short of M. Night Shyamalan’s “Glass” ($46.5 million in 2019).

“Scream” has been able to get a foothold with younger audiences, similar to other recent horror releases such as “Halloween Kills” and Paramount’s own “A Quiet Place — Part II,” while also receiving some support from nostalgic Gen Xers who watched the original “Scream” in 1996.

It’s also worth mentioning that “Scream” has one of the smallest production budgets of any film that has topped the box office this year. While “Quiet Place II” had a $61 million budget, “Scream” only had a $24 million budget, meaning it will have a considerably larger return on investment than many of 2021’s successful films. “Scream” will be kept in cinemas for 45 days before being released on Paramount+.

Meanwhile, “Spider-Man: No Way Home,” a Sony/Marvel production, will finish second with $25 million during the extended weekend. But it will be enough to make it only the fifth film in box office history to gross more than $700 million in North America, passing “Black Panther” for fourth place with a total of $704 million.

Aside from “Scream” and “Spider-Man,” a lack of good films, as well as the lack of new releases, whatever their characteristics, is a major factor. “Deep Water,” a film by Adrian Lyne, was pulled from Disney’s. It will most likely air on Hulu this weekend. This date was previously scheduled for Warner Bros.’ “Sesame Street” revival; it now appears that  HBO Max will follow suit.

Meanwhile, Sony’s “Hotel Transylvania: Transformania,” which was originally set for release in October, debuted on Prime Video this weekend. The film grossed nearly half a billion dollars in the United States over three instalments; it is currently no longer in theatres.

GKids took the opportunity to debut their film on the big screen “Belle,” the critically praised animated film from Japan earning $1.65 million from 1,326 theatres, putting it in sixth place. GKids distributed “Weathering With You” was premiered in 486 cinemas on the same weekend in 2020, grossing $1.8 million and is on #13.

The situation isn’t much better in the short term: the following week, Universal will release “Redeeming Love,” a belief historical thriller about human smuggling. There are no further wide releases in January due to Sony’s “Morbius” being moved until April. With Paramount’s “Jackass Forever” and Lionsgate’s “Moonfall,” starring Halle Berry, wide releases resume on February 4.

This was all the latest news from cinema and which movie has performed well collecting most positive response from the views and grossing more in the box office.

So which movie was your favourite? And to which movie you are looking forward to? Do let us know in the comment section below.