Snoop Dogg accuses Sports League, Music Industry and Streaming Services of Having a Lack of Black Owners, “So we still the slaves and they still the masters” 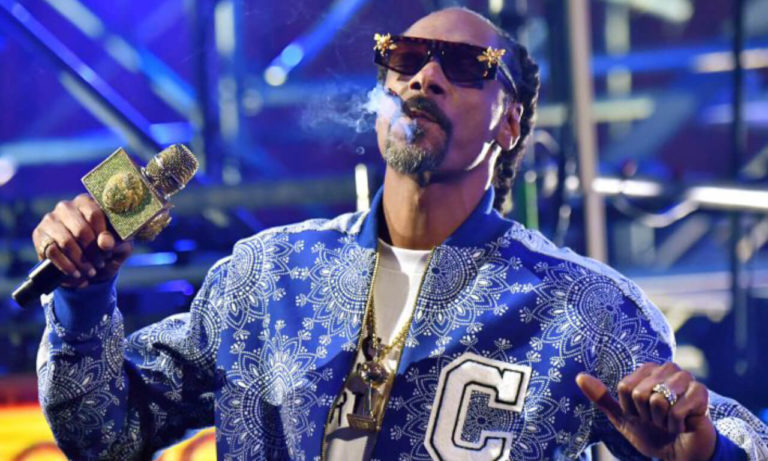 In a recent interview, The New York Times asked Snoop Dogg to share his two cents about top athletes like Kevin Durant and Steph Curry investing in startups.

Living up to his reputation of being relentless and brutally honest, he stated:

Right, because they understand that they got to get it,” Snoop commented. “I mean, you would think that those businesspeople up top would say: ‘You know what? It’s time to change the world. We’ve got to stop treating Black people like they’re less. They’re always the ones who do the hard work, the groundwork, but we never cut them in.

Why don’t we have an owner in an NFL? That’s just racist. Period, point blank. We need to own an NFL team… We got one half-owner in the NBA, Michael Jordan. But the whole league is 90 percent Black. So we still the slaves and they still the masters.

This isn’t the first time that the pro sports leagues, NBA and NFL, have come into the spotlight for their stances on racial issues in America. They were severely criticized during the Black Lives Matter movement, too, as it was believed by many that they do not embrace equality in its true sense.

The noteworthy fact is, the century-old football league is currently co-owned by two co-owners belonging from the minorities: Pakistani American Shahid Kahn of the Jacksonville Jaguars, and Asian American Kim Pegula of the Buffalo Bills — however, it has never had a team owned completely by a Black businessperson, Snoop highlighted:

We need to own an NFL team. We got one half-owner in the NBA, Michael Jordan. But the whole league is 90 percent Black. So we still the slaves and they still the masters.

Comparing the sports industry’s situation to the music industry, Snoop said that Black artists “took the initiative to say, ‘F**k that.’”

A number of Black artists have, and rappers He also mentioned two of the most popular Black artists, Dr. Dre and Jay-Z, as they have both become greatly involved in music technology and streaming over the years, having launched their own labels over the years.

We’re the masters, and we own our masters,” Snoop said. “We’re going to negotiate with you the way we think it should be. We changed that industry years ago with our mentality of having our own labels.

Snoop went on to criticize streaming giants in the music industry like Spotify and Apple Music.

We need to be involved early. They always cut us out. They call Snoop after they got their companies up and are like, ‘Hey, Snoop, you want to be a brand ambassador?’ I want some equity. Give me a piece of the pie. If I can’t get no equity, f**k you and your company.

We should be able to have some of our people — that look like me — as executives, as CEOs, as platform owners,” he added. “You know, the top of the chain, not just the spokesperson or the brand ambassador. We need to be the brand owners.

The bottom line is that Snoop aims to close the Black wealth gap through leading by example.

All these years he has been striving to be “someone who creates his own everything, owns his own everything, and has a brand strong enough to compete with Levi’s and Miller and Kraft and all of these other brands that have been around for hundreds of years. That’s what I want the Snoop Dogg brand to be.”

According to a 2020 report that examines the Black-white wealth gap, “the net worth of a typical white family is nearly ten times greater than that of a Black family”. Needless to say, it can be attributed to the fact that people of color have always been marginalized, no matter how much “the American dream” is glorified in the US.

The American dream is broken, and it is dead. And it is courageous and talented individuals like Snoop Dogg who can bring a change in the current sad reality of the states.