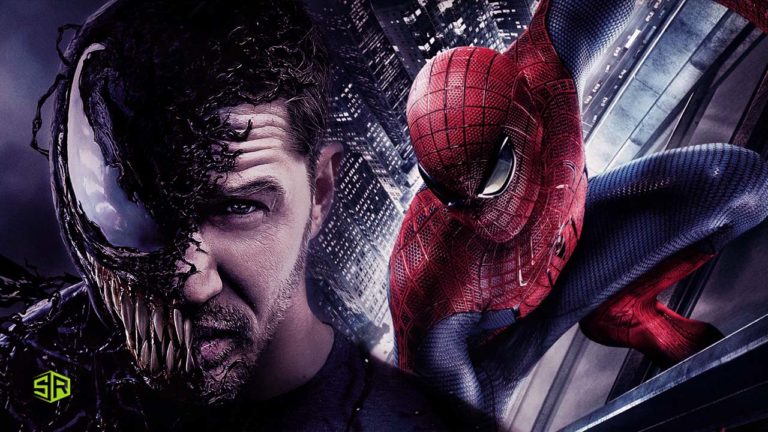 Have you already watched Spider-Man: No Way Home? Or are you still waiting to watch it? In either case, we have good news for you. Spider-Man 4 is already in the works, and we will be revealing the release date and some spoilers for the film to give you an idea of when Tom Holland’s Spider-Verse will make a come-back and what the next title of MCU’s Spider-Man franchise could be.

Holland was featured as Peter Parker, a.k.a. Spider-Man, a high schooler possessing the superpowers of a spider, in a six-picture agreement with Marvel Studios in 2015. His MCU debut was in Captain America: Civil War in 2016 before his first solitary performance as Spider-Man in Spider-Man: Homecoming in 2017.

Holland went on to feature in two Avengers movies, Avengers: Infinity War in 2018 and Avengers: Endgame in 2019, before the premiere of his second MCU Spider-Man film, Spider-Man: Far From Home in 2019.

Following ‘Far From Home,’ a third MCU’s Spider-Man title, Spider-Man: No Way Home, was released on December 17, 2021. The film followed the events from Spider-Man: Far From Home, which saw Mysterio (played by Jake Gyllenhaal) reveal the identity of Peter as Spider-Man and conspire his murder.

Peter approaches Dr. Stephen Strange (played by Benedict Cumberbatch) for help in No Way Home to reinstate his life and clandestine identity.

However, Dr Strange’s spiritual magic doesn’t go as intended, and the magic breaks the shackles of the multiverse unleashing the supervillains from alternate realms who battled against other versions of Spider-Man featured in the MCU’s Spider-Verse.

Amassing another estimated $67M overseas on Friday, Spider-Man: No Way Home, a collaboration between Marvel and Sony, has grossed a staggering $181.4M at the international box office since yesterday.

While hitting $121.5M on Friday, the second-biggest opening day of ever, the global tally is already past the three hundred mark at $302.9M. And that hints at a $500M+ worldwide debut for the much-hyped No Way Home.

How high the film will leap past the half-billion mark will be revealed on Sunday. Either way, achieving $500M for a worldwide debut would make No Way Home only the sixth film ever to reach such heights; and the second film in history to do it without China.

Amid the historical exchange rates factor, the pandemic and its aftermaths, and without the anime-loving Japan in the mix until January, it’s a win-win situation.

In spite of the mercurial conditions of some overseas markets, as long as theatres are open and people can get to see No Way Home, it’s a good sign that people will keep flocking to watch the film.

In Korea particularly, Saturday hopped 56% from Friday regardless of the introduction of a 10 PM lockdown. The estimated total there has reached $17.8M through Saturday.

The film performed incredibly well on the Box Office and became the third-best opening in cinematic history with a $253M gross revenue domestically. The film also left a void open, leaving fans with a cliffhanger as to what the future beholds for Holland’s version of Spider-Man in the MCU.

Will there be a Spider-Man 4?

Will there be a Spider-Man 4? Without further ado, let’s find out how Holland’s journey as a friendly locale superhero could continue in the MCU.

Kevin Feige, the president of Marvel Studios, while talking to The New York Times in December 2021, revealed that a fourth MCU Spider-Man movie starring Tom Holland is in the production work after the release of Spider-Man: No Way Home. He stated about the fallout between Disney and Sony in 2019:

Amy and I and Disney and Sony are talking about—yes, we’re actively beginning to develop where the story heads next, which I only say outright because I don’t want fans to go through any separation trauma like what happened after Far From Home. That will not be occurring this time.

In August 2019, a couple of months after the release of Spider-Man: Far From Home, rumors surfaced that negotiations between Fiege and Tim Rothman, the chairman of Sony Pictures Motion Picture Group, had stalled over the third MCU Spider-Man film (Spider-Man: No Way Home).

As per the report of The Hollywood Reporter, the reason why the deal fell through was Disney’s request for a higher percentage of gross from the third Spider-Man movie as well as all merchandising revenue, which was outrightly rejected by Sony.

However, a deal was made in September 2019, thanks to the phone call between Holland and Disney CEO Bob Iger. “I was really emotional because I felt like it was all coming to an end,” Holland told Jimmy Kimmel Live at the time.

However, exciting news for Spider-Man fanatics, Spider-Man 4 may not be the last MCU film in the franchise with Holland. In November 2021, while talking to Fandango, Amy Pascal, the producer of Spider-Man: No Way Home, made it clear that in the pipeline are at least three more Spider-Man movies with Holland.

However, it is yet to be confirmed whether Disney and Sony will make it to all three upcoming MCU Spider-Man titles because it all depends on Holland. In an interview with GQ in 2021, Holland expressed his desire to retire as Spider-Man by the time he turns 30. “Maybe it is time for me to move on,” he stated.

“Maybe what’s best for Spider-Man is that they do a Miles Morales film.” He further added, “If I’m playing Spider-Man after I’m 30, I’ve done something wrong.”

Holland also revealed that he wants to take a break from the big-screen altogether. “I’d be very content with just being a stay-at-home dad, and producing a film here and there,” he stated. “I might start shooting The Crowded Room [a new series for Apple TV+] and go, ‘You know what, this is what I’m going to do for the rest of my life.’ Or I might do Spider-Man 4, 5 and 6, finish when I’m 32, and never make another. I’m not sure what I want to do.”

Holland also expressed his desire for a more diverse Spider-Man movie in the future while talking to People in December 2021. That means we would possibly see the introduction of characters like Spider-Woman, Spider-Gwen, and Miles Morales to replace him. “I’ve loved every minute of it. I’ve been so grateful to Marvel and Sony for giving us the opportunity and keeping us on and allowing our characters to progress. It’s been amazing,” he stated.

And that’s why for me, I don’t want to say goodbye to Spider-Man — but I feel like we might be ready to say goodbye to Spider-Man.” He further added, “I don’t want to be responsible for holding back the next young person that comes in who deserves it just as much so…I would love to see a future of Spider-Man that’s more diverse — maybe you have a Spider-Gwen or a Spider-Woman. We’ve had three Spider-Mans in a row; we’ve all been the same. It’d be nice to see something different.

What is Spider-Man 4 About?

Spoiler Alert: For Spider-Man: No Way Home fans who haven’t watched the movie yet and are planning to see it soon, you might want to stop reading right here because there are spoilers ahead.

Ok, so, what will Spider-Man 4 be about? There is nothing official about the plot that we know as Marvel hasn’t confirmed anything in this regard. In a way, Spider-Man: No Way Home, the mid-credit scene proves that Venom will be included in the Spider-Man 4, who is a villain from Marvel Comics.

There are also two whole movies on the character. The post-credit scenes feature the appearance of Tom Hardy. In the scene, Venom (Eddie/Tom Hardy), who, as a result of Doctor Strange’s spell malfunction, is transferred to the Spider-Verse and is sitting in a bar and is talking about the MCU’s heroes and villains to the bartender.

He there refers to them with the names according to their appearances. Eddie there jokes about Thanos saying to the bartender that “in his universe aliens don’t collect stones, they control people’s minds.”

Later when he stands up, saying that he should get going to find Spider-Man in New York so that he can figure a way to return to his own world. The bartender asks him if he is drunk and he needs to pay for the drinks first.

But Eddie vanished before he could pay for them like Green Goblin, Sandman, Doctor Octopus, and Electro, Sam Raimi, and Marc Webb Spider-Man characters along with the Tobey Maguire and Andrew Garfield‘s other versions of Peter Parker/Spider-Man vanished in Spider-Man: No Way Home.

And the bartender went off knowing that he wouldn’t pay. And in the post-credit scenes, the camera shows a little drop of the black symbiote goo sliding in the bar, just giving a sure hint that Venom will be there in Spider-Man 4.

There are other theories in the circle as well that in Spider-Man 4, Ned Leeds, who is Spider-Man’s best friend, will turn into a villain Hobgoblin after the hints are given in Spider-Man: No Way Home. Just like the way the previous Spider-Man movies have shown.

The Hobgoblin’s powers include reflexes and intelligence, superhuman strength, regenerative healing, and Halloween-themed weapons and gadgets. Also, there is a whole story on it as well in the Spider-Man comics that the real Hobgoblin brainwashes Ned into thinking that he is Hobgoblin and makes him do villain things.

It is a theory that he will develop a similar identity to Hobgoblin later. And then later at the end of Spider-Man: No Way Home, Ned and Peter (Spider-man) are no longer friends as the result of Peter asking Doctor Strange to cast a spell for everyone who knows him or his secret identity as Spider-Man to forget him, which included Ned and MJ. He asked for this so he could prevent the Multiverse from colliding and breaking again. In one of the scenes at the end of Spider-Man: No Way Home, Peter visits the coffee shop MJ works to see her, where he learns that they both (Ned and MJ) are still friends but don’t remember him at all.

Although it is shown in Spider-Man: No Way Home that Ned also seems to discover his superpowers that are similar to Doctor Strange’s magic. Ned is the one who uses the Sling Ring in the movie to open the portals for the other two versions of Spider-Man (Maguire and Garfield) who came to Tom Holland’s Spider-Man-Verse after Doctor Strange’s spell went wrong. The Sling Ring is used by 5 other characters in MCU before Ned, including The Ancient One, Karl Modo, Doctor Strange, Wong, and Kaecilius.

But it is said that before both of the movies got cancelled after The Amazing Spider-Man, the storyline included the Spider-Man to be fighting against the Sinister Six that are; Kraven the Hunter, Mysterio, Sandman, Doctor Octopus, Electro, and Vulture, and also bonding with Venom’s black symbiote and meeting Mary Jane Watson and Eddie Brock.

More rumours revealed a Sinister Six movie and spinoffs with Gwen Stacy as Spider-Gwen and Felicia Hardy as the Black Cat. (Spider-Man: No Way Home also featured elements of the Sinister Six and Venom.)

Nevertheless, Spider-Man: No Way Home is proving to be a huge Box Office hit domestically and internationally alike. Following such a warm response from the fans, Spider-Man 4 has already started getting the hype, and rightly so, due to the possibility of a diverse multiverse. Are you a Spider-Man fanatic? Let us know in the comments what you think about the plot of the upcoming Spider-Man 4!