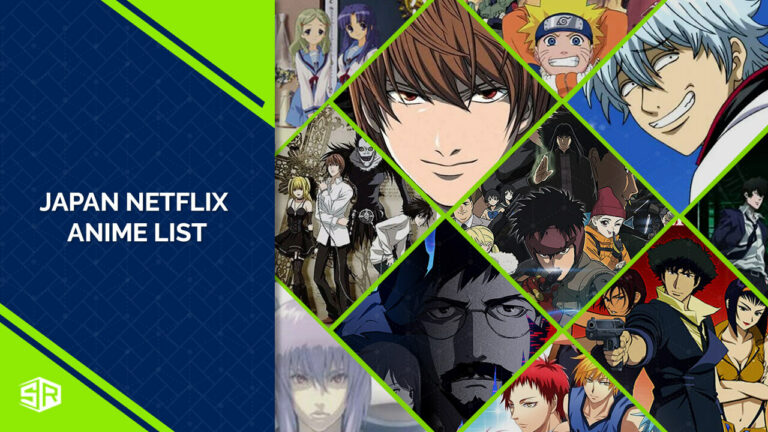 Are you looking for a Japan Netflix anime list? Well, you have landed at the right place, as we have mentioned some of the best anime movies that you can watch on Japanese Netflix.

Figuring out ways you can watch anime movies and shows but still had no luck because not every video-on-demand streaming website grants this opportunity? Well, look nowhere because Netflix has everything you’re looking for!

From Code Geass to Cowboy Bebop to Violet Evergarden, Netflix has one of the best anime stored for you, so purchasing a monthly basic subscription for just $9.99 to Netflix is something you won’t regret, for sure.

Don’t forget Netflix is a geo-restricted website that requires the best Netflix VPN if you’re accessing from a different country, as with a VPN, you can easily enjoy the list of anime on Netflix Japan that we have created for you. 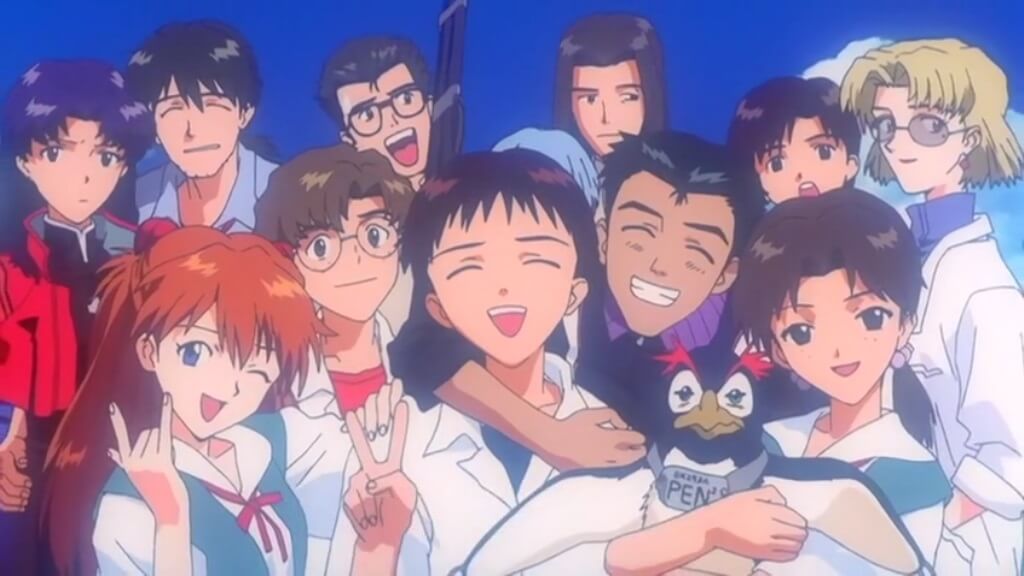 Movie Plot: It centers on the enormous catastrophe that wiped off almost half of the population of Earth 15 years ago and now another one is on the doorstep named “Angels” to wipe off humankind. Now, humankind has come up with a solution to fight them off by creating a humanoid weapon “Evangelion”.

But it has an exception to operate which is it needs the minds of young 14-year-olds to make it successful. Surely, one of the Japanese Netflix anime that you need to check out. 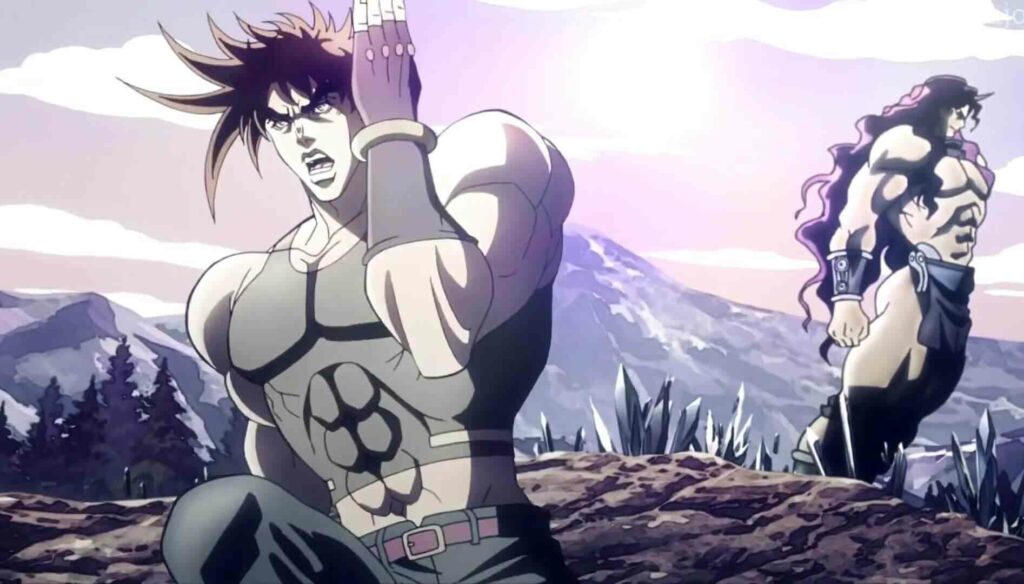 Movie Plot: It centers on a wealthy English nobleman Jonathan Joestar who is extremely charming and young and has everything nowadays people desire for themselves.

A major plot twist takes place when Jonathan’s brother, Dio Brando, is brought into the family by his father George he seems to be jealous of Jonathan, and later on, Jonathan discovers an ugly truth about him.

You don’t need to wander off anywhere else to look for a perfect series as it is one of the best Japanese Netflix Anime. 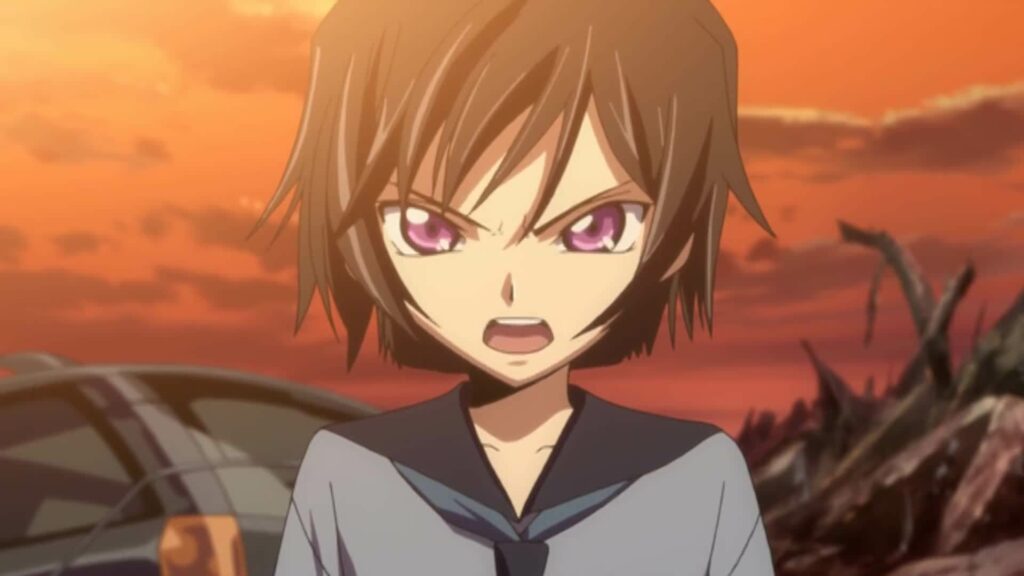 Movie Plot: It revolves around the time when the Holy Empire of Britannia threw out Japanese forces and gained the country’s control in their hands with their new robotic weapons known as the Knightmare Frames.

As a result it caused Japanese people to lose their freedom and were forced to live in poor neighborhoods while on the other hand, Britannians were living in posh areas. Watch this great season from our Japan Netflix anime list. 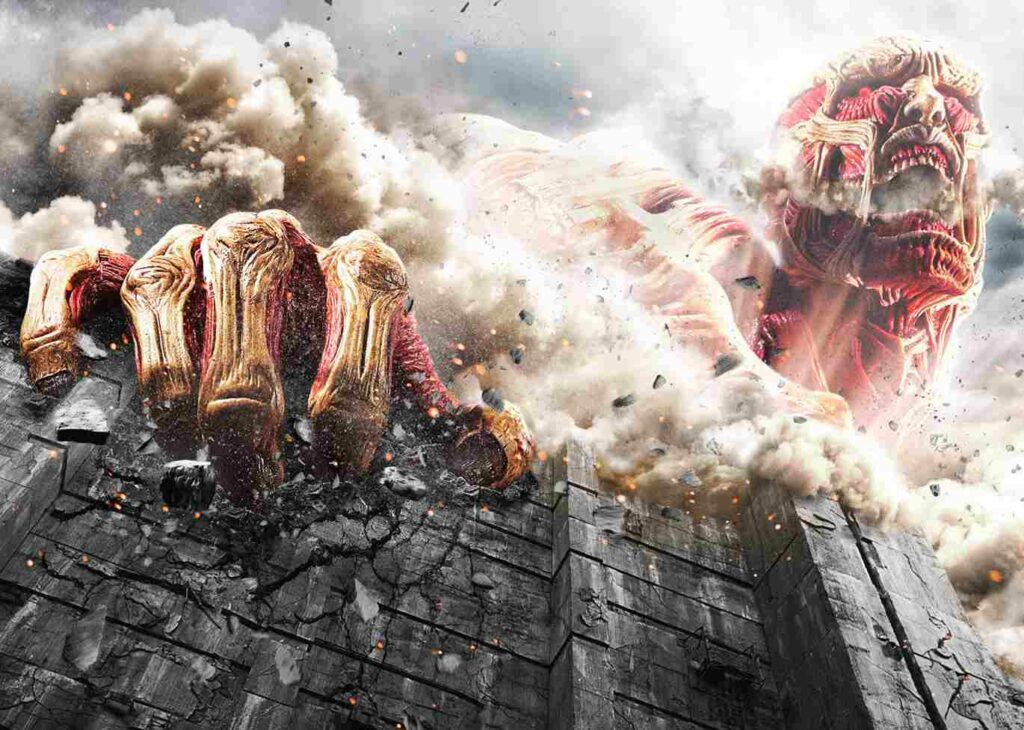 Movie Plot: Attack on Titans focuses on the giants of several hundred years ago. Titans were extremely tall, had no brainpower, ate human beings, and carried out such bothersome tasks just to satisfy their pleasure and not because they found it as a food source leaving a very small number of humans to survive alongside giants.

So head over to Netflix to find out what happens next. If you are looking for more Japanese content, then check out our list of best Japanese movies on Netflix. 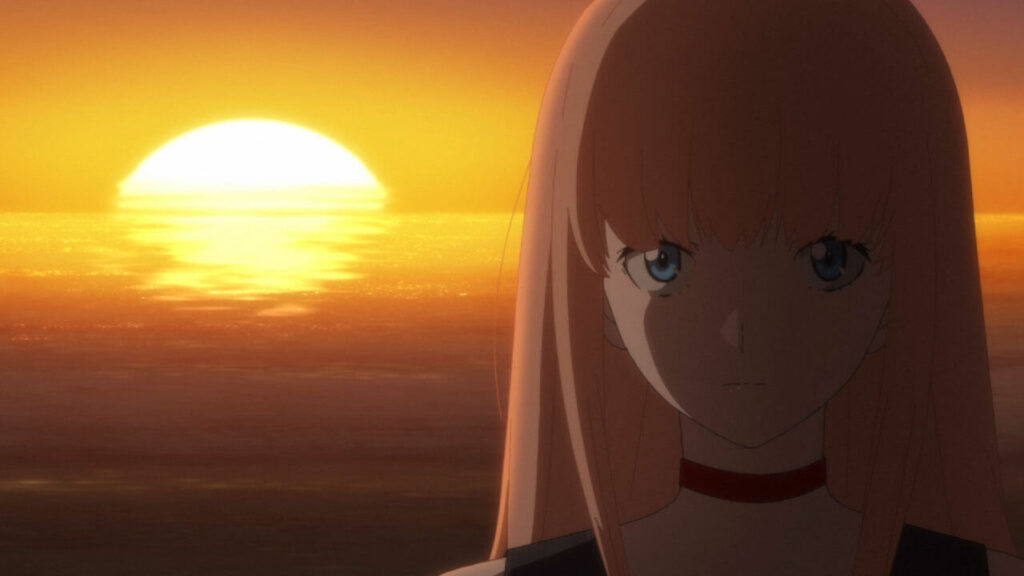 Movie Plot: A world with extreme advancements in Technology is shown where crime and action are rising in Cremona. Koku and Keith who are investigators in the police force come up with different plans in order to find a solution to the uprisings of crime happening in the city. 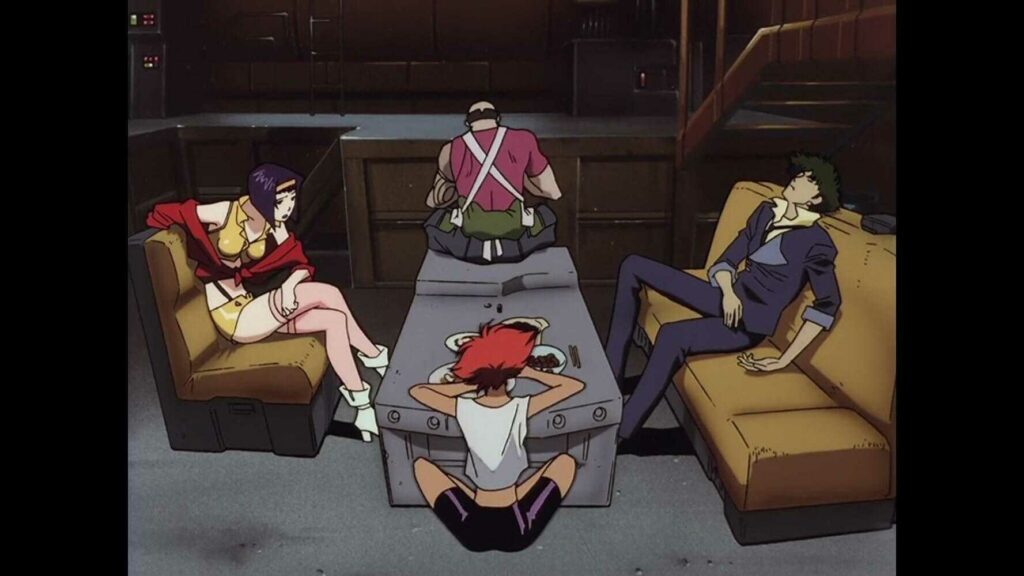 Movie Plot: Events of the year 2071 have been portrayed where the entire solar system has been replaced by a network of hyperspace gateways and as result police lose the strict control it had on crime and now the bounty hunting system is executed.

It is an adventurous story of four struggling people that you need to check right away on Netflix if you haven’t already. 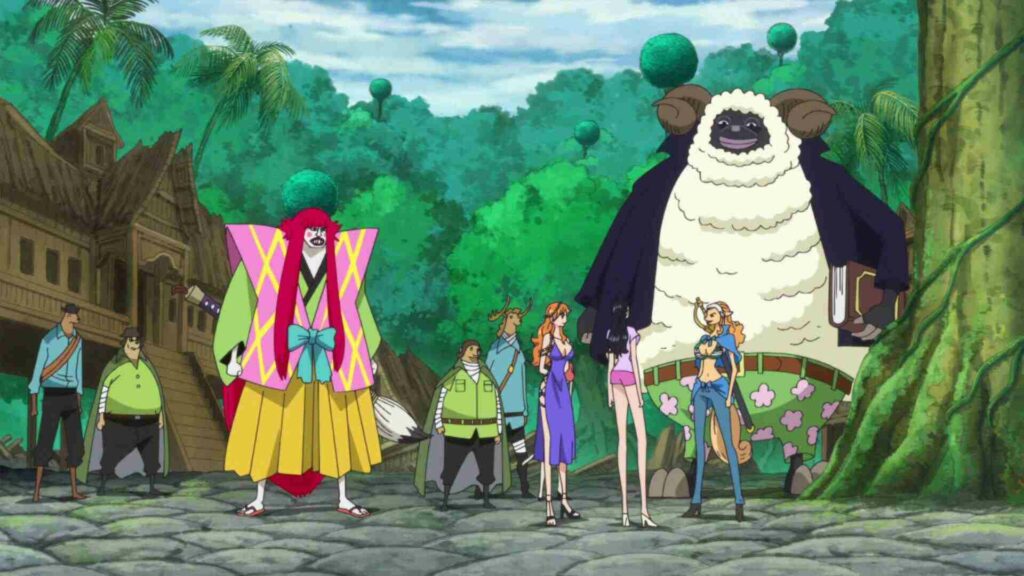 Movie Plot: When a well-known pirate Gol D. Roger left the world 22 years ago, he left the treasure ‘One Piece’ who anyone who is worthy enough to find it on his own and the one that would be successful in finding it would be titled as the ‘Pirate King’.

Excited to hear about the treasure, Monkey D. Luffy embarks on a journey to fulfill his aim of becoming the ‘Pirate King’. Watch One Piece on Japan Netflix to learn more from our Japan Netflix anime list. 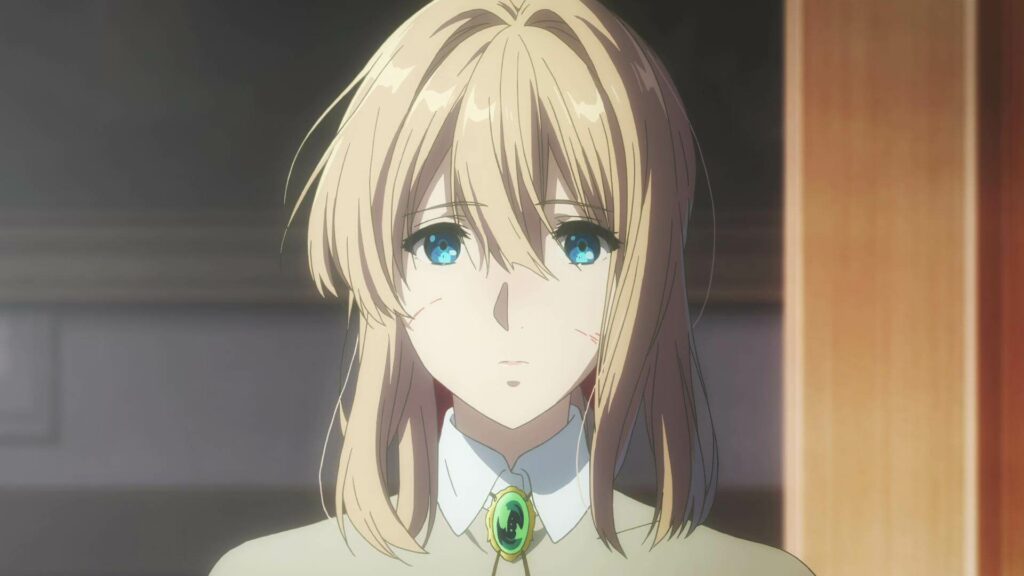 Movie Plot: It centers on Violet Evergarden who started off her new life at CH Postal Service as she was previously known as ‘the weapon’, she is completely fascinated when she sees the “Auto Memories Dolls” that can transition people’s thoughts into words.

The real story starts when she becomes one of the Auto Memory Dolls and comes across several people’s thoughts and emotions. 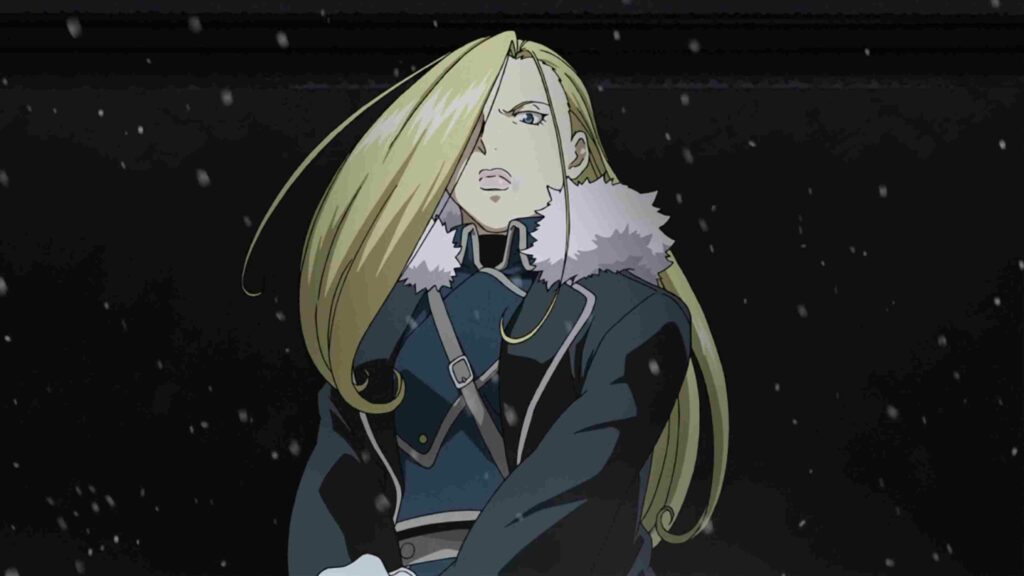 Movie Plot: The loss of a parent is a tough situation to be in and this series revolves around two brothers who are trying to resurrect their mother with the power of alchemy because she died of an incurable disease.

The whole process turns out to be a failure and as a result the older brother, Edward, loses his leg, and the younger brother, Alphonse, loses his whole body in a matter of seconds. 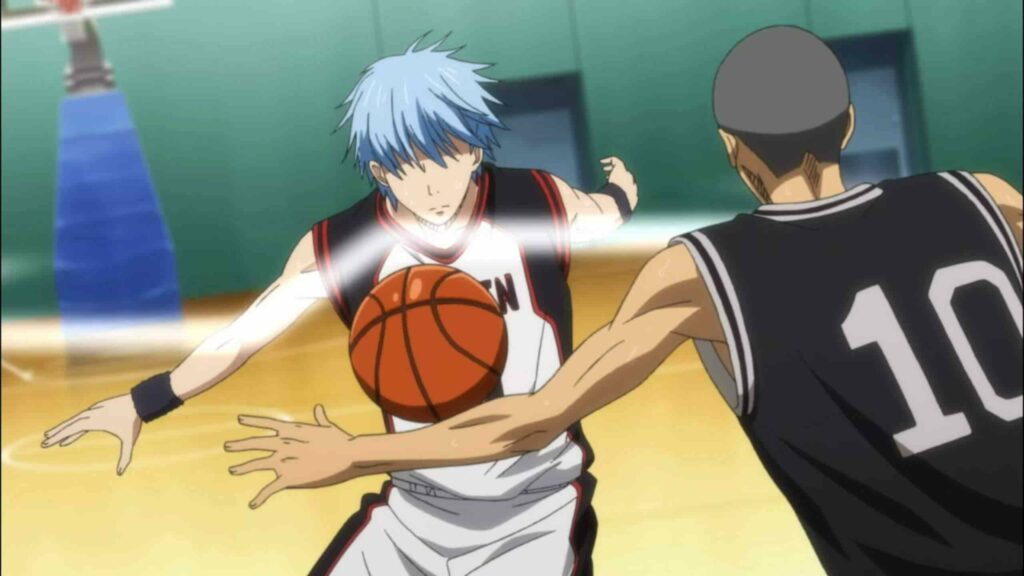 Movie Plot: Kagami Taiga recently got admitted to the Seirin High School and there he meets Kuroko Tetsuya who is one of the players on the school basketball team.

Kuroko and Kagami decide to work hard and improve their team in a way that takes them to the inter-high school championship to fight off against players who were Kuruko’s former teammates. 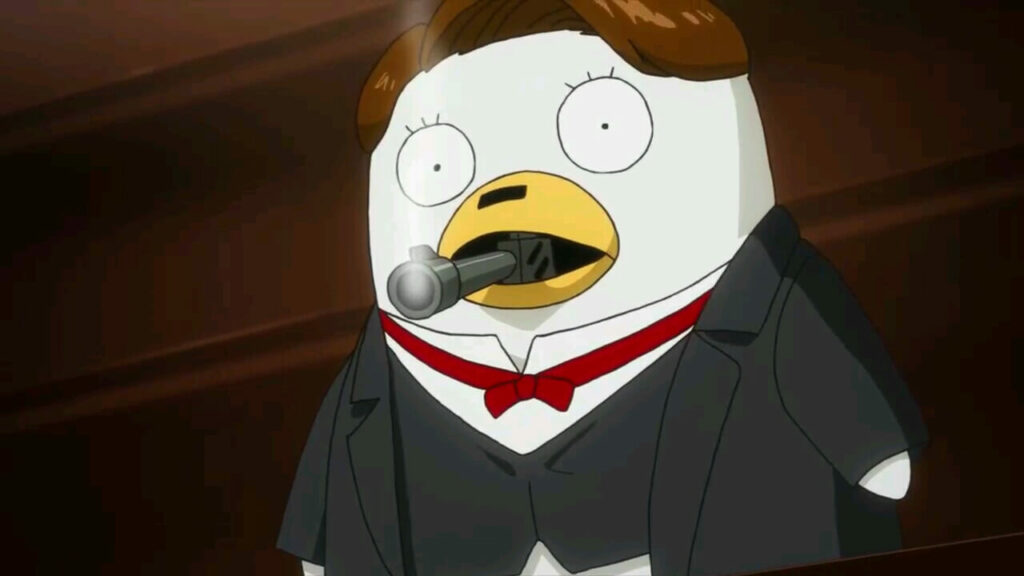 Movie Plot: This series revolves around Sakata Gintoki who happens to be a samurai and he is the only samurai left of that era because they are no longer needed. Increasing his already tough life even tougher, aliens invade.

Gintoki, Kagura, and Shinpachi, all of them live together and take on odd jobs to make ends meet. Don’t miss this show from our Japan Netflix anime list.

The Melancholy of Haruhi Suzumiya 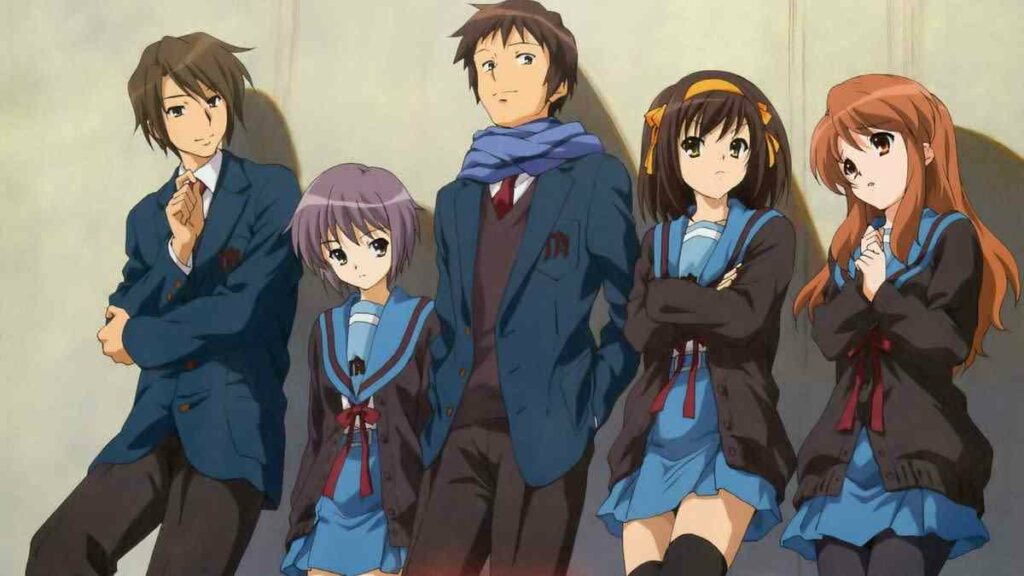 Movie Plot: It’s Haruhi Suzumiya’s first day at high school and she is seen all over the school presenting herself as a person who has “no interest in ordinary humans” and is asking for aliens and time travelers to join her club.

Kyon, who’s the only one who talks to her, requests to join her club upon watching her strange behavior. This is one of the best Japanese shows on Netflix.

The Disastrous Life of Saiki K. 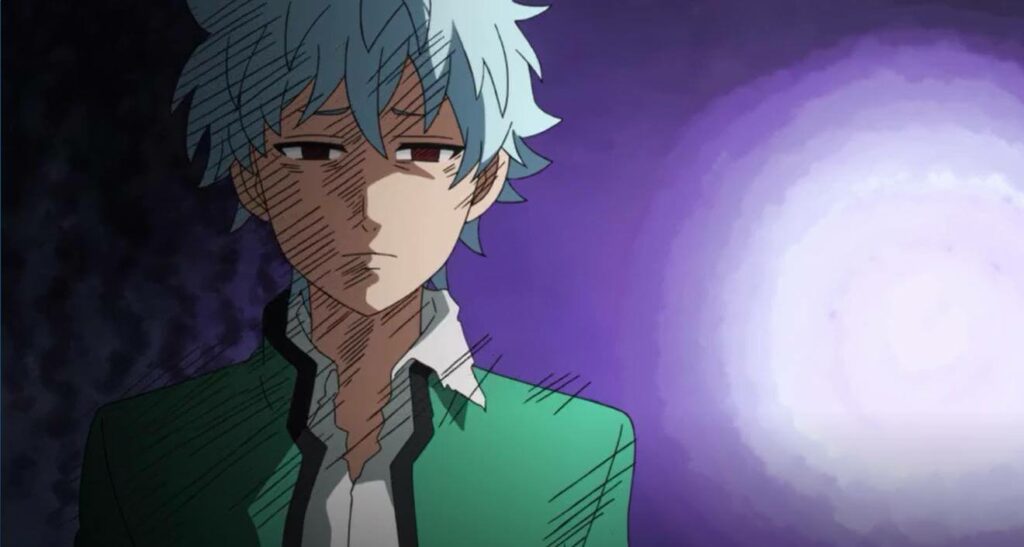 Movie Plot: Who doesn’t like attention? Well, there is Saiki Kusuo who runs far away from attracting any kind of attraction towards him.

Although he is a powerful psychic, and colorful, characters are always around him who try not to involve him and remove him from their everyday life. Watch this show as this is one of the best anime on Netflix Japan. 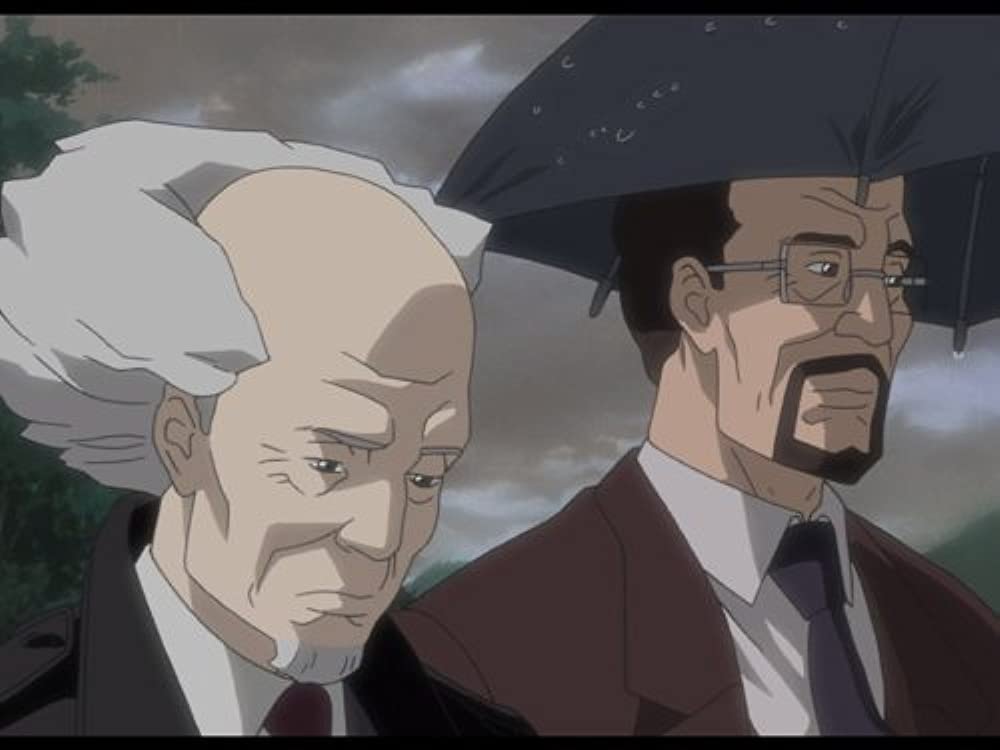 Movie Plot: It revolves around the new futuristic society where technology has taken over and shaped citizen’s lives in a new way because along with new advancements, new crimes have also taken over the place.

Now Major Motoko Kusanagi and other members of the police force must come up with new plans in order to chase the criminals and save the city. 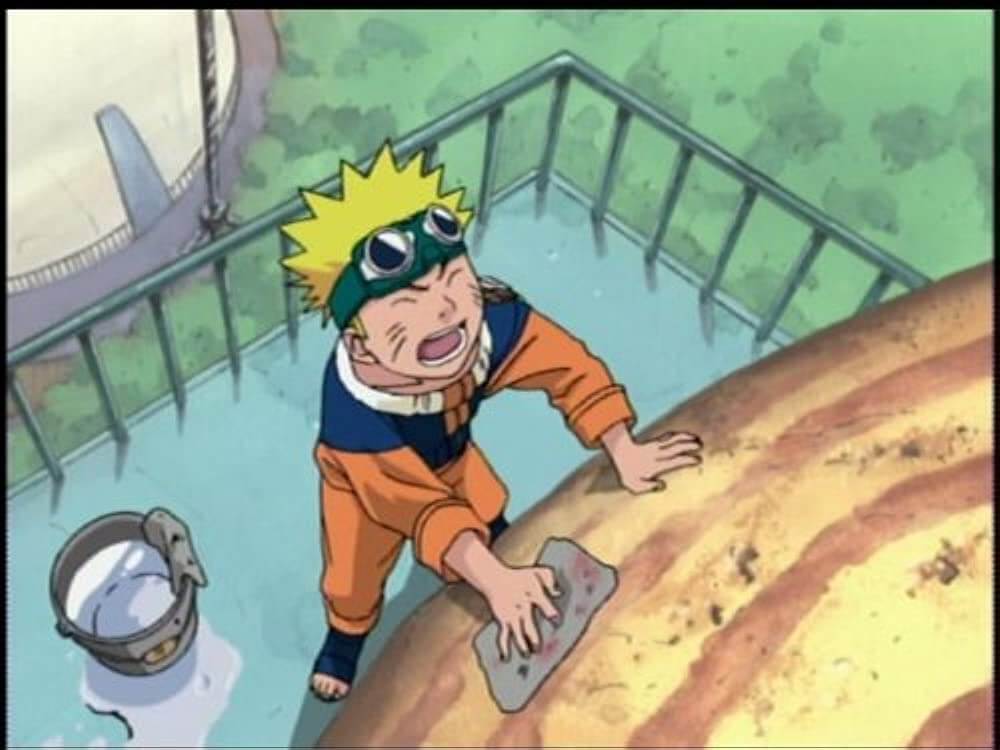 Movie Plot: This Naruto movie series deeply focuses on the life of a boy who wants to be the village’s leader and the strongest ninja but the villagers of Konoha immensely fear him.

This mistrust that has been developed over time has nothing to do with him but he always remains in a great state of stress and anxiety due to that. With a rating of 8.4, it is the best anime on Japan Netflix. 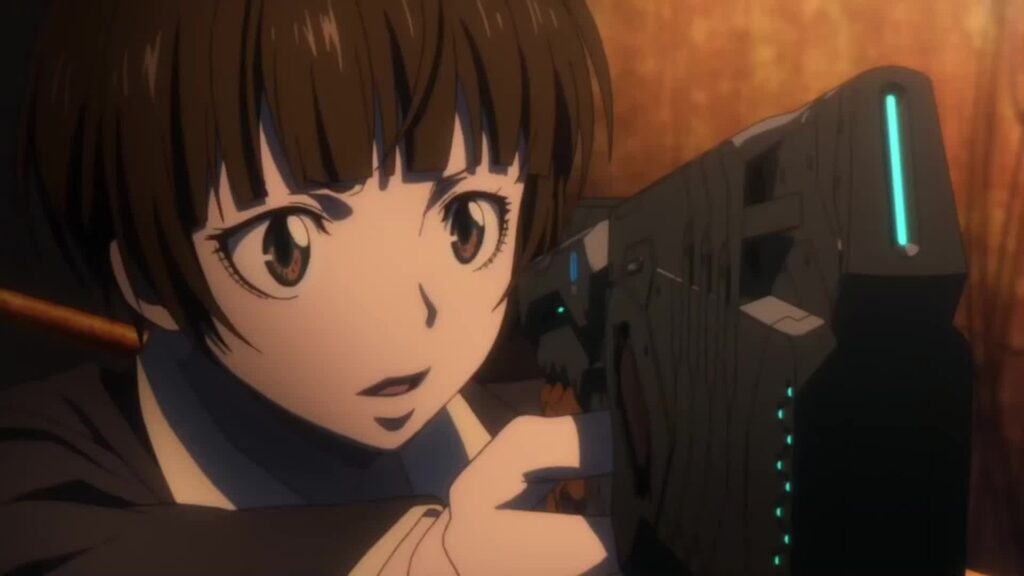 Movie Plot: Akane Tsunemori is a policewoman who strictly obeys law and order and also obeys the precognitive Sibyl System but soon lands in deep confusion and questions herself.

The Sibyle system when she meets a criminal mastermind who has the ability to dodge this faultless system. Watch this great season from our Japan Netflix anime list. 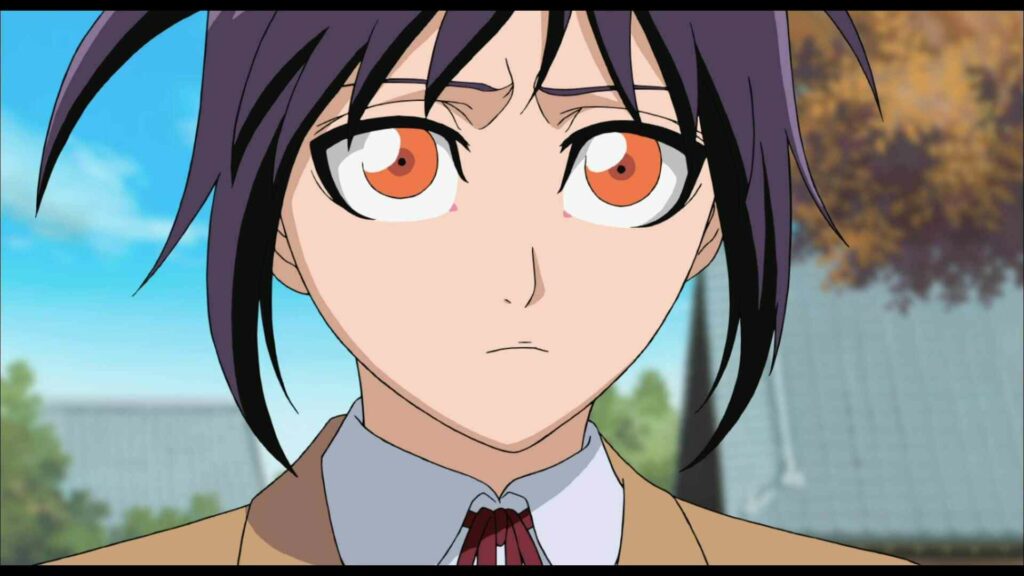 Movie Plot: Kurosaki Ichigo is a 15-year-old boy who is totally different from what you’d expect from young boys at this age. He is different because he has this amazing ability to see ghosts and spirits from his naked eye. One fine day, he is encountered with a Hollow and later on is saved by shinigami Kuchiki Rukia. 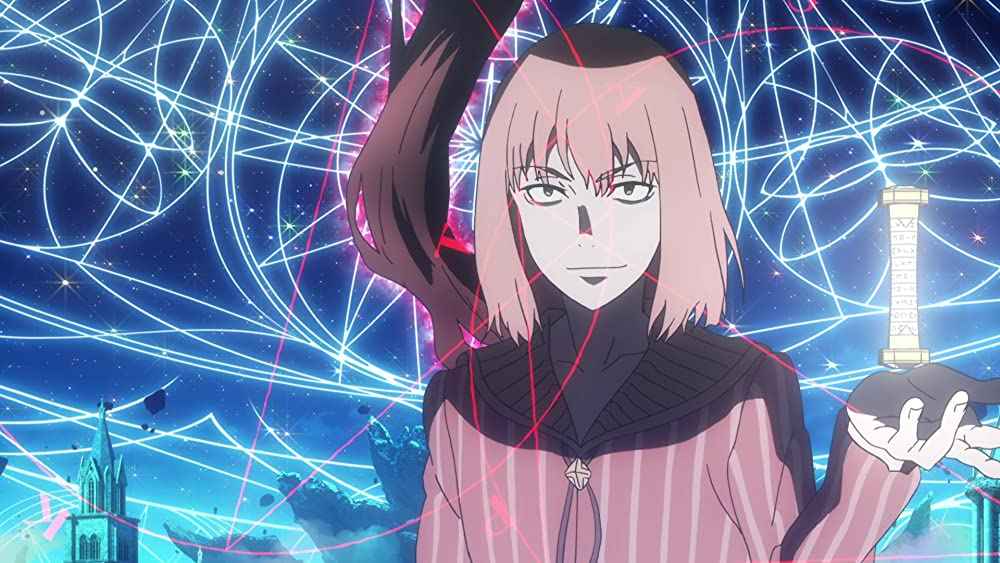 Movie Plot: A world where supernatural powers exist is shown that consists of a college with power development in its prospectus. This series has an unconventional plotline that will get you hooked for hours as it is one of the best on the Japanese Netflix anime list. 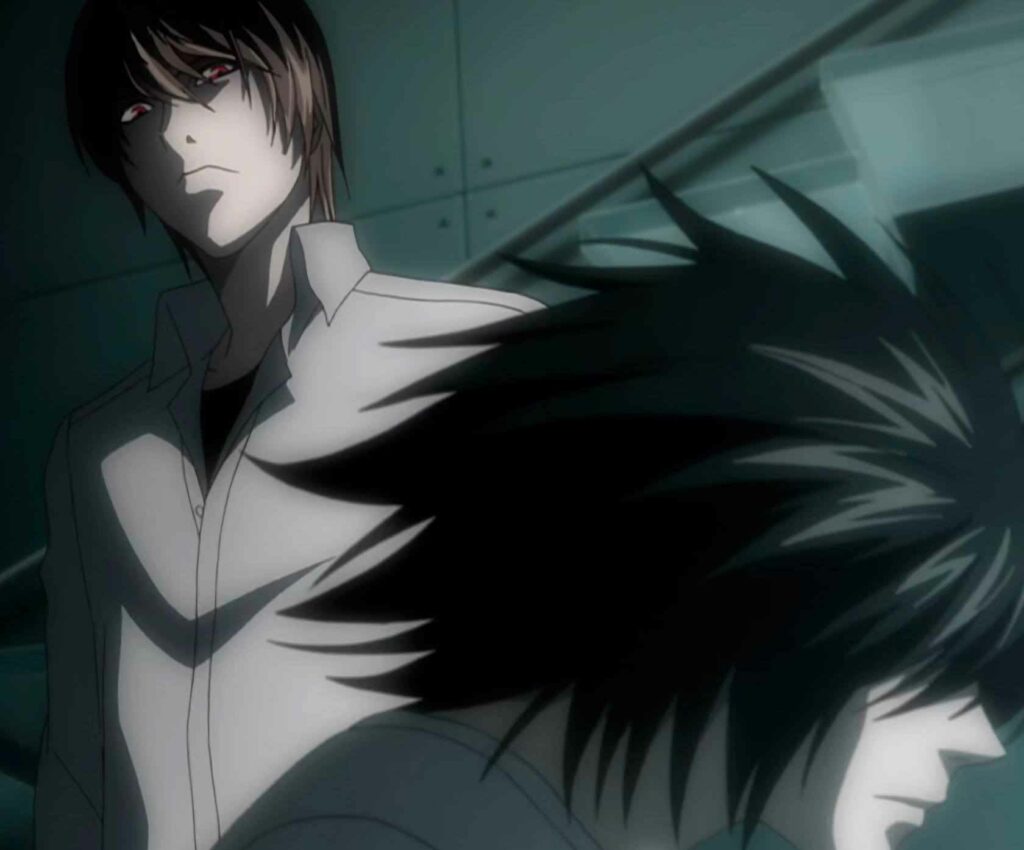 Movie Plot: This series revolves around a notebook, The Death Note, owned by shinigami, who has the ability to kill the person’s name written on the book. This book falls in the hands of Yagami Light who now wants to use it to wipe off the evil-minded criminals. 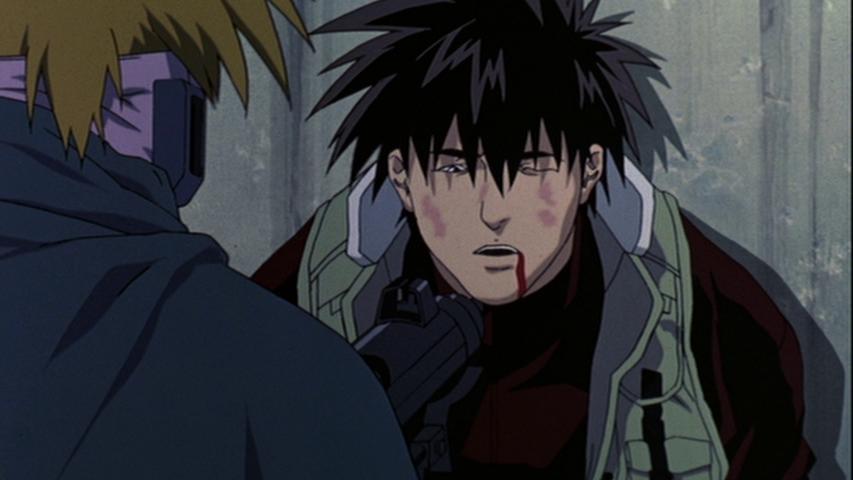 Movie Plot: Yū Ominae is an agent of the ARCAM Corporation, a high-school student, and a Spriggan as well. The ARCAM Corporation has appointed him to keep an eye on and guard the advanced older civilization so that it doesn’t fall into the wrong hands that could exploit it.

Watch this great season from our Japan Netflix anime list.

You probably never came across a list of anime shows that incredibly complied in front of you. We know searching for the best anime movies and TV shows can be a tough job, especially when you’re tired and want it to come in front of you without any hassle.

So to save you from all the trouble, we gathered a Japan Netflix anime list that would satisfy all your anime entertainment needs.