Jonah Hill Fought Back Abuse, Evolved towards a Positive Lifestyle “I can’t let too much negative s*** in” 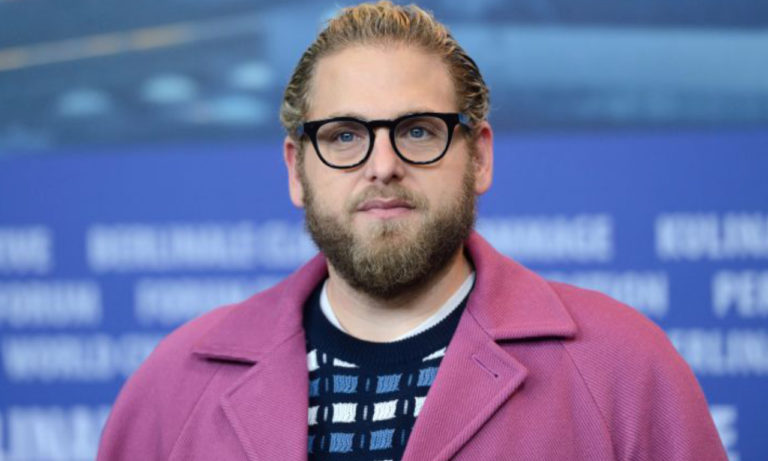 Don’t we all love overnight success? It sure is a dream come true for everyone. But for two-time Oscar nominee, Jonah Hill, things were different in his early days as an actor.

From experiencing overnight success to being unable to handle it all at an early age and now becoming an active icon for body positivity, the Wolf of Wall Street journey star has had an inspiring journey.

Jonah Hill spilled some tea from the past while conversing with filmmaker Adam Mckay for an issue of GQ, published on Tuesday.

While having a tete-a-tete for the magazine, Hill revealed that he “sucked at skateboarding,” while he juggled his career in comedy acting in his early 20s and fitting in the skateboarding community all at the same time.

He mentioned that he would deliberately bring himself down in both the fields, either to fit in or because he “felt like that was my seat at the table.” And his brutal self-abuse led others to do the same to him until a point came in his life when he realized he had had enough.

Jonah recalled his early days in his career as a comedy actor, and how his choice of making “raunchy, coming-of-age comedies” later became a part of his journey of evolving not just in his career, but also on a deeply personal and spiritual level.

For that, he thanks therapy, which he mentions a lot throughout – he’s currently working with his well-known therapist, Phil Stutz on a documentary about him – meanwhile leading a balanced and positive life, way different from before.

It includes work, taking time out for surfing each day and spending quality time with his nephews and dog, Fig.

Talking about his early success, Hill stated that “It was very overnight for me” upon bagging a pretty good writing job on Brüno and hosting Saturday Night Live, all at the age of 23. But with too much success came a lot of responsibilities that Jonah did not expect would bite him later.

“I was a kid,” he continued, “I had probably too much power for a young person, and too much autonomy, and not enough life skills. I dropped out of college, and I used to not get why people would go to college. Because if you’re ambitious, why would you spend four years just idling? And then I didn’t realize until I turned 30 that what those four years gave all my friends was this wobbling period of how to be a person. I was really advanced professionally but really behind personally. All my 20s, I wasn’t really looking inward. I was just running toward success. Or trying to find success.”

And despite being at the top of the ladder, he had to “hit pause” to realize his true passion and “evolve as a person.”

His directorial debut Mid90s played a major role in that journey of self-love as it “is straight-up about self-abuse.”

That was the time around which he began seeking professional help in the form of therapy, and that made him reflect on his younger self who would bring himself down because he thought he deserved it while battling with the insecurities of being an overweight kid.

And he went off the radar for a bit, and that evolution has made him come out to be a different person altogether, as he openly flaunts his ‘Body Love’ tattoo on his Instagram post.

In the end, he said that he “thinks it’s ultimately about knowing yourself,”  and being a good person who is actively blocking all the negativity from life. And all this body and mental positivity has only made him love his work and be more creative as he stated that “work s*** comes easy to me,” and in the end, it’s all about the happiness it brings along with it.

Jonah Hill, a smoker himself, went on to describe social media in general and Instagram as “the cigarettes of this time. It is the biggest killer” when it comes to a healthy and peaceful lifestyle, but he also did not throw shade at anyone, as he is an active Instagram user himself.

“I’m not dissing anybody. I’ll post a selfie on Instagram,” he stated. And to him, it is a never-ending journey, for which he is trying his best, but for now, it is “ a work in progress to get towards happiness.”