7 Things You Didn’t Know About E.T. The Extra-Terrestrial 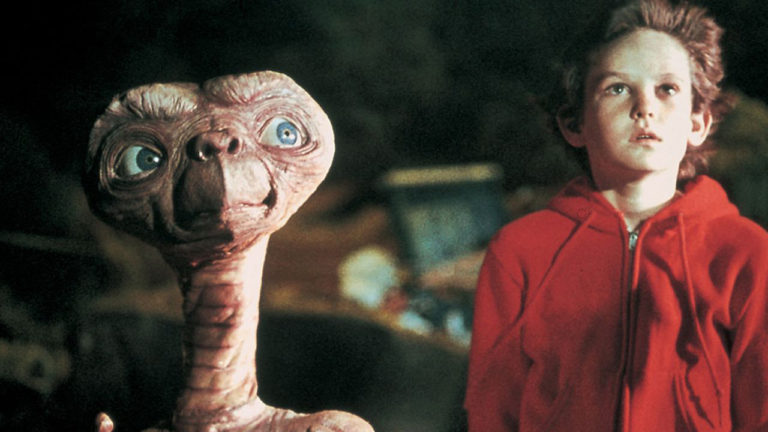 One of the most well-known films of all time is E.T. The Extra-Terrestrial, directed by Steven Spielberg. It portrays the story of a young child named Elliott, who is struggling to cope after his parents split.

E.T., Steven Spielberg’s emotional sci-fi classic, was a box office smash when it was released in 1982. It is still regarded as a classic picture that touches the hearts of adults and even new generations of moviegoers.

Not only did the picture have an emotional impact, but it also had a financial impact: E.T. was a cash cow.

In honour of this massive effort, we’ve compiled a list of trivia and behind-the-scenes details that you might not be aware of.

We hope it enhances your understanding of the depth of this amazing film.

1- It started as a darker concept

In order to bring “E.T.” to life, Spielberg merged two separate ideas he had. “Growing Up,” a slice-of-life film about childhood, was one of them.

3- It put Reese’s Pieces on the map

The makers of M&M’s, Mars Inc., were approached by Spielberg’s team with a proposal to use the candy in the film.

Chief businessmen, John and Forrest Mars, categorically refused Spielberg’s offer. The movie’s creators turned to Hershey Foods for its Reese’s Pieces, a relatively new addition to the Hershey product line, in search of the finest substitute.

Despite Spielberg’s track record, Hershey’s Vice President for New Business Development, Jack Dowd, took a significant risk when he accepted Universal Studio’s offer: he was not allowed to read the script but was told the plot; he was not allowed to see footage of the alien but was only told that it was a lovable, not a scary creature.

Dowd had made the right choice. Reese’s Pieces had only been available in the United States since 1980, and by the time E.T. was launched in June 1982, sales had slowed.

However, sales of the candy had tripled within two weeks of the film’s release date, with distributors re-ordering as many as ten times within that 14-day period.

According to Dowd, Hershey paid $1 million for a promotion that would have cost $15-$20 million. A month after the film’s premiere, Mars Inc. was visibly embarrassed by the company’s missed opportunity, even implying that they had never received an offer from Universal.

4- It played in theaters for a full year

Following that, it did something nearly never seen before: it raised its take over several weekends in a row. That meant two things: fantastic word-of-mouth and customers returning for more viewings.

Throughout the summer, the film remained at or near the top of the box office rankings. The first run of E.T. in theatres concluded a year later, in June of 1983.

You read it correctly: the film was in theatres for 52 weeks in a row, grossing more than $350 million in North America alone.

E.T. was re-released in theatres — not once, but twice — due to its enormous success. People flocked to see it again both times. In July of 1985, it was re-released for the first time and according to the website Box Office Mojo it ran for five weeks and made another $40 million.

On the 20th anniversary, it was re-released for the second time and played for 2 months and was successful to earn an additional $35 million.

5- It inspired a hit song from Neil Diamond

For decades, Neil Diamond has been a popular vocalist. He wrote a song named “Heartlight”. The song live begins when Diamond went to watch E.T. with two of his friends who were great songwriters.

The film had a significant impact on all three of them, and this sparked their creativity. They collaborated on the song “Heartlight,” which was inspired by the way E.T.’s heart glows red as he prepares to say goodbye to Elliott before leaving Earth.

6- How cigarettes brought E.T. to life

Welsh smoked two packs of cigarettes a day to give E.T.’s voice the raspy grittiness he needed. Raccoons, sea otters, and horses were among the 16 people and animals used for various components of E.T.’s voice.

When dealing with children, any good filmmaker understands the importance of customizing the filming experience.

Spielberg used a clever approach for eliciting the most genuine emotional response from the film’s young actors: he shot the picture in chronological order, allowing the kids to experience true anguish as they saw E.T. leave the planet in the final moments.

These hidden facts about the movie have made it even greater and more profound. E.T. has left a lasting impact on people’s hearts. Not only this, people love to see this movie thousands of times because of its great storyline and perfect direction of Steven Spielberg.