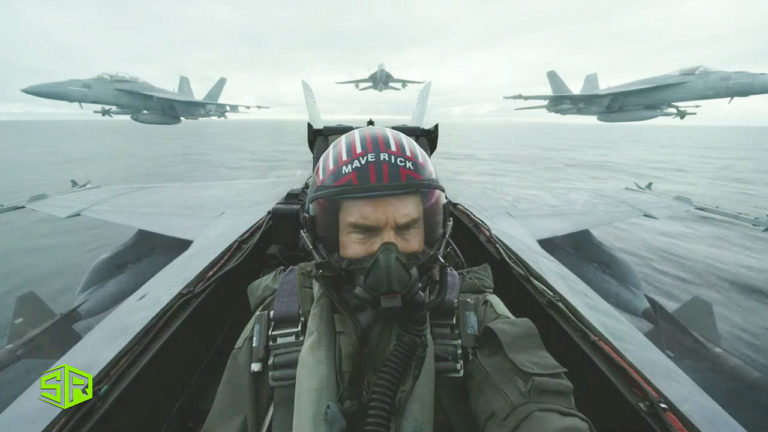 Tom Cruise is a crowd-puller and there’s no denying that. The veteran Hollywood heartthrob stole the show with his Top Gun in 1986, and now after over 30 years, Top Gun: Maverick is well on course to be labeled as one of the mega-hits of this season.

Mesmerizing aerial stunts and breathtaking maneuvers, the stunt pilot and aerial coordinator of Top Gun: Maverick, Kevin LaRosa II, elaborates while talking to PEOPLE how the cast and crew members of the film pulled off extraordinary aerial scenes without the help of VFX.

In a couple of posts on Instagram stunt pilot, Kevin LaRosa II showed some fabulous behind-the-scenes of Top Gun: Maverick.

LaRosa II wrote in the caption: “Cool behind the scenes clip from of me coordinating and talking one of our F-18’s into position for @topgunmovie. The F/A-18 in this particular sequence was flown by “Walleye”.

We really did have the best crew ever on this movie and I’m so proud to have worked with them on this historic and iconic Feature Film.”

Moreover, with the star-studded cast, growingly imposing box office stats, and the first film to get an A+ CinemaScore in 2022, Top Gun: Maverick is loaded with the wow-factor and has impressed the viewers as well as aviation experts through its amazing flight scenes, majority of which were performed and shot with nearly no VFX or CGI.

If you have watched the film you must be wondering, how did the crew even pull this feat? Were the cast members actually trained to learn to fly the fighter jets? And what type of professional cameras were utilized to record jets flying at the amazing Mach speed?

PEOPLE approached Kevin LaRosa II, the fight and flight scene coordinator of the film to dig out the answers and also to find out the requirements to become an aerial coordinator and a stunt pilot leading the creation of fictional yet realistic aerial scenes.

Here is a detailed expert description by LaRosa II, a third-generation jet pilot and second-generation film stunt pilot of helicopters and planes.

Q: Talk to us about the actual flying everyone did in the film. What kind of work are the actors doing in the planes?

LaRosa II: At this point we all know the cast is always in the backseat of these F/A-18s and that’s sort of a Top Gun rule. We always had these Top Gun: Maverick rules: We could never shoot blank sky, which is done in a lot of movies, where they shoot what’s called a plate. That wasn’t allowed. We always had to shoot another airplane so that when you and I watched the movie, it looks real. It looks real because there’s an airplane really behind the lens. If there was an aircraft that’s maybe not readily available or not flying in the world, still, not allowed to shoot blank sky. There has to be another airplane there and then VFX would do some amazing things and just re-skin it so you’re using the same textures and the same light.

And then when guys like me watch it, I can’t even tell that it’s not that airplane. And that’s because there’s a subject aircraft really flying behind the lens that may be re-skinned or re-textured, but it’s really there, so it makes a difference. And again, back to the cast in the aircraft, that’s a Top Gun: Maverick rule, an aerial rule. There always had to be performing in an aircraft. When you see them flying low over terrain, in between valleys, dog fighting, that’s really our cast. They’re really in there experiencing all that while delivering an amazing performance.

Q: Tom Cruise has talked about the flight training everyone went through. How long does it take for an average person to adjust to G-force and not feel sick? Is it something you can acclimate to?

LaRosa II: I like to attribute it to something similar to muscle memory. So it’s a tolerance that you build up. And that’s what Paramount and Tom Cruise made with this pilot training program, to acclimate them and build up the G-tolerance and build up their fatigue levels, so that once the cast were in the F/A-18s, they can experience it better. Had we not done that, I don’t think it would’ve been possible. Even me, if I don’t fly all the time, if I’m not pulling Gs or maneuvering, and I get in aircraft and just go rip around, I’ll make myself sick. But you build up to it, you become proficient, and your inner ear knows what’s going on, your brain understands it more, your body understands the physiological effects, and you can withstand it better. And that’s why the training was important. So by the time they got in that F/A-18, they were ready. 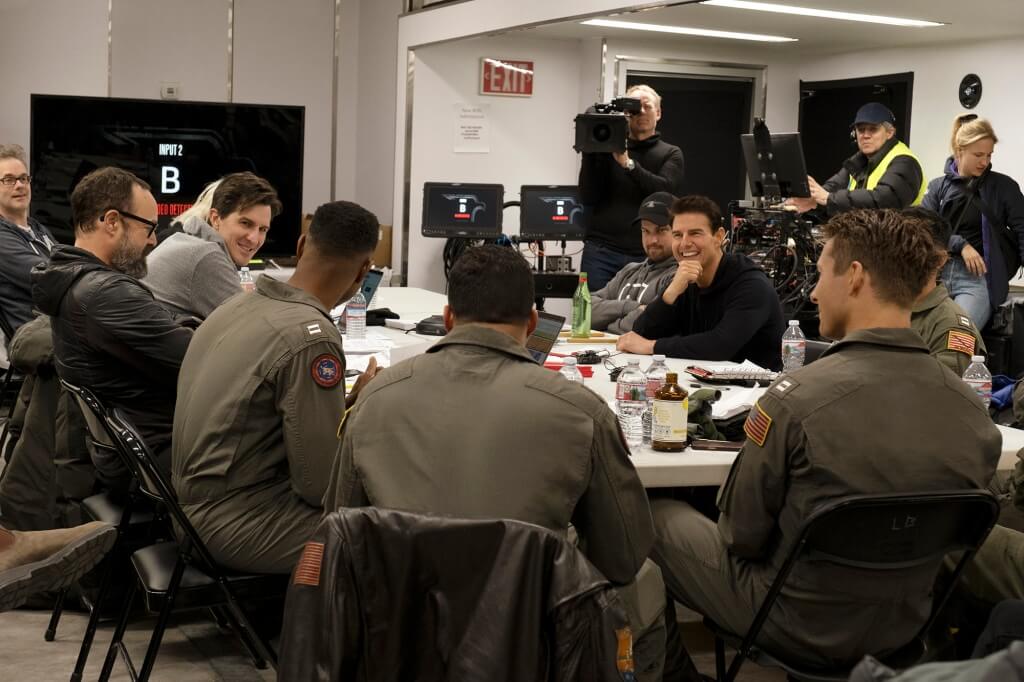 Also, It’s inevitable. What they’re doing out there was heavy duty. Somebody’s going to get sick. And people got sick. But when you’re that experienced and trained as they were, you kind of learn to power through it in a way. So I would say the average person, if you got air sick, you’re kind of done. You might be done for two days. You’re just out for the count. You feel horrible. You need to lay down, you’re washed out, you’re done. Our cast got to a level of proficiency where if they did start feeling sick, they would process it, handle it, whatever you want to say, but then they would get back into it. There’s no pulling over on the side of the road when you’re in a 50,000 pound F/A-18 doing 500 knots in a canyon. You’re in it. So I guess one of the things I’m most proud about isn’t the fact that they built up their tolerance, it’s the fact that they would muscle through and get themselves back on point. That’s no easy task for anybody and they did it when they needed to do it.

LaRosa II: A normal shooting day always starts before the sun comes up. You’re never going to sleep in in this trade, because we want that pretty light, right? [Director of photography] Claudio Miranda, you watch Top Gun: Maverick and the movie’s just very cinematic, golden, beautiful. Well, we have to wake up early to go get that. So we get up early, we go to the airport, we get our aircraft ready, all of our aircraft: the Navy aircraft, the civilian aircraft. We give everything a lot of TLC. All of our equipment is meticulously cleaned and maintained every single day. We get ourselves ready.

LaRosa II writes: “Flying the camera helicopter with @robgluckman_photography operating the @helinetaviation @shotoversystems gimbal on a past job for @sikorskyair and their beautiful S-76D. It is not difficult at all to make the elegant and powerful S-76D look good on camera. It does that all by itself. 👍”

Q: So you created the CineJet for this movie, now what? Are you using it for other projects?

LaRosa II: I actually just did another job with the CineJet last week. It was purposely built for Maverick and then after that, Glen Powell, who’s a dear friend of mine, we signed on for another aviation Navy movie called Devotion. The trailer just dropped the other day, and the CineJet did all the air-to-air flying on that as well. I never knew it would have that career after Maverick. But recently it’s been doing other work. We’ve been putting it to use in private jet shoots and some other really neat things, so it served its purpose for what it was to be built for and it’s still enjoying a nice little life of aerial cinematography.

Q: What’s been the most fun Maverick feedback you’ve received from other pilots?

LaRosa II: It’s been very fun for me. After a lot of the early screenings, I was getting blown up by a lot of pilots and a lot of Naval aviators who are thanking me. And really when they thank me, inside, internally, I thank the crew and Paramount and Joe and Tom. It’s a testament to everything we wanted to make and realistically so. And they say, “Kevin the flying sequences in this movie are everything I hoped they would be.” And a lot of them, my favorites are the ones that say, “I joined the armed forces because of the first movie. And this movie would make me do it all over again,” or that it sets the bar even higher. So that means a lot. That’s pretty resounding to me to hear things like that from those folks. 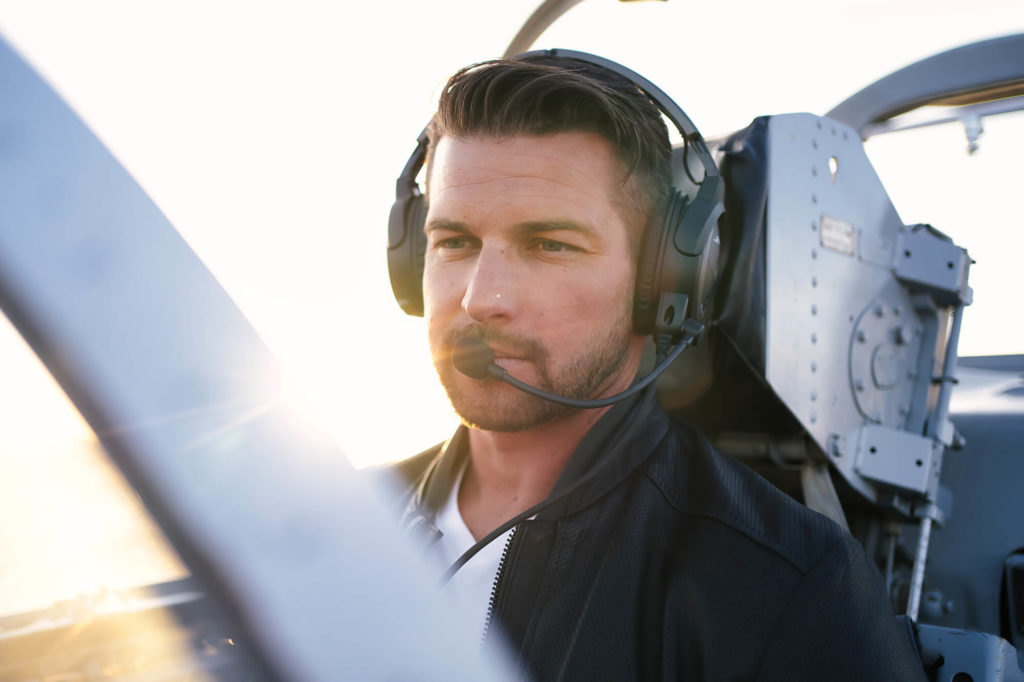 My role on the movie evolved very early on. Originally I was just the camera jet pilot. And then as the producers and Tom and everybody saw my abilities and my relationship with the Navy, my helicopter flying abilities and everything, I evolved into being the aerial coordinator of the whole movie. So it was an absolute dream come true.

Top Gun: Maverick, during its second appearance at the box office, has already turned into the highest-grossing national release of Tom Cruise’s career in the US. The spread-eagle action flick amassed a massive $86 million last weekend for a North American aggregate of $291.6 million.

The legendary movie actor’s domestic box-office success follows a week after Top Gun: Maverick debuted with a whopping $153 million and broke the record on the Memorial Day Weekend.

The super hit sequel, Top Gun: Maverick directed by Joseph Kosinski, added another $81.7 million this weekend into its international earnings for a global collective revenue of $548.6 million.

So, have you had a chance to watch this action blazing movie yet? If not, then what are you waiting for, get in line!

And if yes, then let us know your thoughts on the movie down in the comments section!