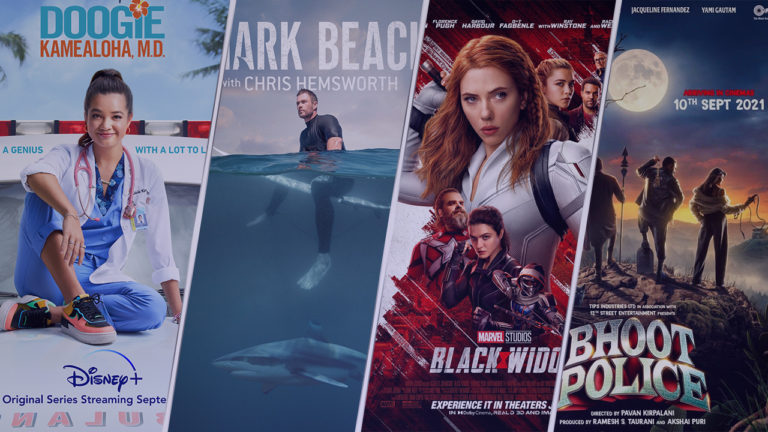 Starting Sept. 1, Hotstar US subscribers will be eligible to obtain the Disney Bundle (Disney Plus, Hulu, ESPN Plus) at no extra cost.

The Disney Bundle in the United States will include all of the Hotstar content material that will be transferred over, as well as access to everything that is currently available on Disney Plus, ESPN Plus, and Hulu — a collection of over 100,000 movie titles, TV episodes, unique shows, and sporting events.

The three-service pack is persistently priced at $13.99 per month; Hotstar costs $49.99 a year in the United States.

Customers who have already subscribed to Hotstar now have two options.

How to Cancel Disney Plus Subscription

Disney Starts to Eradicate Hotstar US

Starting September 1, Hotstar U.S. users who arent any other Disney streaming service will be eligible to receive the Disney Bundle (Disney Plus, Hulu, and ESPN Plus) for free until the end of their Hotstar annual subscription, rounded up to the end of the month.

ESPN+ just raised its monthly subscription price to $7. The basic, ad-supported tier of Hulu costs $6 per month. The Disney package, which includes Hulu, ESPN+, and Disney+, costs $14 per month with advertisements and $20 per month without ads. ESPN+, Disney+, and the Disney bundle have all had their prices increased in recent months.

WHAT’S ON HOTSTAR IN SEPTEMBER 2021

Hotstar will release all types of shows this September, including thrillers, rom-coms, action, and horror.

This month, Disney Plus Hotstar’s bag will be stuffed with original shows such as The Simpsons, Bhoot Police, Family Guy, and Dug Days. Disney has released a list of all the scheduled performances for September on their Instagram page.

Here’s a round-up of many new titles you can expect on Hotstar this September:

On the occasion of International Dog Day, Disney has published a new video for the latest season of Dug Days. It is mostly a collection of films following the funny mishaps of Dug, who is nothing more than the adorable dog from Disney and Pixar’s feature picture Up.

This film follows the story of an actress, a fashion designer, and a real estate assistant who try to become a social media influencer by purchasing false followers.

That One Word: Feyenoord

It is based on the football club, Feyenoord, which has opened its doors to allow a close look at the team’s struggle in the 2020-2021 season as a result of the pandemic.

The film provides insight into Black Widow’s past as a Russian assassin. This film also introduces Black Widow’s family, continuing the “The Relatives” trend started by F9.

Cruella, Disney’s all-new live-action feature picture, has arrived, in which Emma Stone will play cinema’s most notoriously fashionable villain. The novel is set in 1970s London and follows the journey of a young thief as she becomes Cruella de Vil.

Happier Than Ever: A Love Letter to Los Angeles

Grammy Award-winning and chart-topping artist Billie Eilish will make her Disney+ debut with “Happier than Ever: A Love Letter to Los Angeles,” a cinematic concert experience.

What We Do in The Shadows(Season 3)

It follows the lives of Nandor, Laszlo, and Nadja, three typical vampires. It illustrates the centuries-old vampire’s contact with the modern world.

It is primarily a Formula One motor racing event that takes place at Circuit Zandvoort in North Holland, Netherlands.

It’s the story of a teenage wunderkind who juggles a girl and her high school life with her fledgling medical career.

The film revolves around Gia, who finds herself in a strange scenario the night of her 21st birthday which is about some days you’re nailing it, while other days, you’re just a stack of kids hiding in a trench coat.

It is the top-level English Premier League system. In this league, we can witness several talented footballers competing.

Chris Hemsworth is on a mission to uncover the true science of shark behaviour in order to learn more about the coexistence of the top predator and mankind in this film.

It is primarily the fifth Grand Prix, which is the oldest. Since the championship’s inception in 1950, it has been run by Formula One World Championship Grand Prix each season.

Scenes From A Marriage

This film’s tale will transfer you from a 1970s Swedish original set scenario to modern-day America. In this film, Liv Ullmann and Erland Josephson, are portraying a rich married couple whose marriage has similarly become documented over the decade from collapse to reconciliation and return.

It’s a new post-apocalyptic science-fiction series. Yorick Brown and his pet Capuchin monkey Ampersand are the only guys in the world that have survived the apparent andro side.

Disney Plus: ‘Loki’ Series – Here’s How to Watch it

How to Watch Black Widow on Disney Plus

This horror-comedy is based on the story of King Veera Sethupathi, who erected this palace in 1948 as a symbol of his adored Annabelle. The King engaged eight craftsmen from various locations to create the palace, and now it’s 2021, and the palace is haunted, as seen in this film.

It is an upcoming anthology series that has used all the boldest issues of the time like jumping-off points to tell singular, character-driven tales based on the world that we have lived in today.

Arjun Kapoor and Saif Ali Khan will play the role of the ghost hunters who are not the exact character that they have seen in the trailer of this film.

The chemistry between Nabha Natesh and Nithin is sparking in the trailer. Actor Jishu Sengupta will portray both a police officer and a paramour in this film.

It’s known as the Indian Premier League. In this, we’ll see all of the cricket players that are taking part in a battle that can break down all barriers.

It’s a thriller with a lot of action. It will give you high-pressure experiences for first responders who want to put themselves in the most terrifying, surprising, and heart-stopping situations possible.

It is mainly a funny comedy series based on four Native American teenagers who have grown up on the reservation in eastern Oklahoma.

It’s about a group of doctors who work at Chastain Memorial Hospital. They’ve had to deal with personal and professional challenges on a regular basis.

It’s an anthology series that will showcase some of the best animation talents who have poured their hearts and souls into this gorgeous universe.

The story revolves around the transition of Kevin Arnold from child to adulthood. As he grows from adolescence to adulthood, he experiences along with his best friend and girlfriend, the full range of trail and traumas that are usually interesting.

The story revolves around Cobin and Gonzales’ efforts to bring all of their personal visions to life on the screen.

It tells the narrative of the Ferrari, which has continued its march to the pole position for the first time in five years, but it has also seen the two Mercedes that are looking magnificent in the grid behind them.

The first few episodes of this series will revolve around the hunted treehouse. Then other episodes will be about the tragedies of life and lastly an episode will explore the love life of Moe Szyslak

It depicts a Wacky Rhode Island city, a story of a dysfunctional family that has strived to cope with everyday life.

It is an animated adventure series of a single father and also his weird Alaskan family.

A Galaxy of Sounds

Disney + Hotstar is set to release this show in the last week of September. It is expected that this will attract the eye of the viewers.

This was the complete list of the movies, shows, and sports events that are going to be released on Hotstar in September. The great starring cast and the storyline of these movies will surely make this September a fun one!