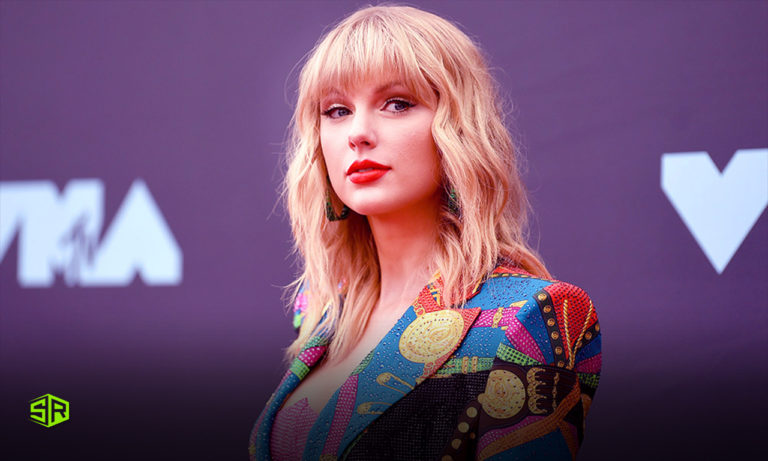 Taylor Swift topped the list of private jet polluters as she used her private plate to take 170 trips this year.

The “All Too Well” singer has been accused of racking up such a huge number of airline miles on her private jet as a result of which several environmental advocates have criticized her.

Yard acquired the data from the CelebJets Twitter account and alleged that Taylor Swift’s private jet had taken 170 flights since January, consisting of 22,923 minutes in the air. CelebJets is known for tracking celebrity jets and their flight plans.

Ever since the numbers became public, Taylor Swift has been receiving quite some flak from environmentalists. However, a spokesperson spoke on her behalf and addressed the accusations.

Taylor’s jet is loaned out regularly to other individuals. To attribute most or all of these trips to her is blatantly incorrect.

Just a few hours earlier on Saturday, CelebJets reported Taylor Swift’s plane arrived in Nashville after a two-hour flight. According to them, the flight used approximately 8 tons of carbon dioxide emissions and 752 gallons of fuel.

On the same day, the same jet landed in Albany, New York, after a flight of 4 hours and 17 minutes. Taylor’s Falcon 7X covered nearly 2500 miles while flying from Burbank to Albany and following are the details in terms of the jet’s fuel consumption and carbon emissions:

However, it had no effect on the backlash whatsoever as people continued to call out the singer for contributing to the destruction of the environment.

@ladiedbird sarcastically loved the “humanitarian spin” Taylor’s team cooked up while defending her against the allegations, the tweet garnered over 48.9k likes and 3.5k retweets:

Andrew Strauss made fun of the planes owned by Taylor Swift by sharing what “Taylor Swift’s driveway” looks like. His tweet blew up with more than 100.3K likes and nearly 4.2 retweets:

@tytacobell also joined in by letting everyone know how Taylor Swift goes to her fridge “for a midnight snack”, racking up to 16.8k likes and more than 1.6k retweets:

Taylor Swift on her way to the fridge for a midnight snack pic.twitter.com/KeqT7rqxl2

@ImgivingupMama tweeted their point of view of how Taylor visits her corner store to get “hot Cheetos and Arizona tea” and received over 119.3k likes and 8k retweets:

Josh (@joshieonfilm) mocked how Taylor’s songs are about “living the rest of her life surrounded by nature”, meanwhile, she’s responsible for racking up such an unbelievable amount of mileage, causing CO2 emissions:

Boxer Floyd Mayweather ranked second on the list for emitting 7076.8 tons of CO2 through 177 flights. Followed by Jay-Z, who took 136 flights, resulting in 6981.3 tons of CO2 emissions.

This is just them moving planes to whatever airport they are being stored at for anyone who was interested in the logistics. Nobody takes that flight.

Taylor Swift’s definitely under fire for polluting the environment when the world’s trying its best to fight against the decaying land. At the beginning of the year, Rihanna donated $15 million to the war against climate change. Not only that, but Bill Gates also donated billions to battle numerous global challenges, including climate change and poverty.

In the past, Mackenzie Scott also played her role in making the earth a habitable place to live by donating more than 1200 billion to over 1200 various organizations.