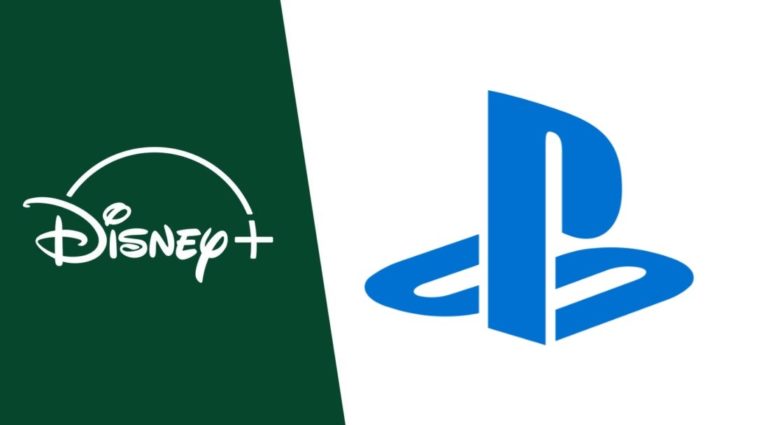 Disney Plus is a paid, over-the-top streaming platform available in the United States. The Walt Disney Company owned it, and was initially designed for American citizens. However, it is steadily expanding its global network, although it has not yet launched in many areas.

Movies and TV shows from National Geographic, Marvel, Disney, and Pixar are available on Disney+, which has an incredible selection. On the collection of this streaming service, you may find programs like Big Mouth Kdrama, She-Hulk: Attorney at Law, Spidey and His Amazing Friends Season 2, and In the Soop: Friendscation.

You can stream everything on Disney Plus. Whether you’re a die-hard Marvel Cinematic Universe fan or prefer to explore the real world with National Geographic, Disney Plus is a veritable goldmine of content.

How to Watch Disney Plus on PS4 [Easy Steps]

Now that you have a new DNS IP address, you can set up the DNS servers on your PS4 to watch Disney+.

Following the steps above, you can easily get Disney+ in the Philippines and access Disney+ in Malaysia on your PS4.

With Smart DNS, you will be able to watch other libraries of Disney Plus, just like Disney Plus in Singapore.

How do I update Disney+ on Playstation 4?

As follows, you can upgrade Disney+ on your PS4: Locate Disney+ on the home page. Using your controller, select Disney+, then click the Options button. Choose Check for Update from the menu on the right side.

How much is Disney Plus on PS4

The monthly plan of Disney Plus costs $7.99 per month. If you want to subscribe to their yearly plan, you can get it at $79.99 per year (Save $13.89 on the annual payment plan). Disney+also offers a special bundle that comes with Disney Plus with ESPN+ and Hulu for a total of $13.99/month.

You may select the package that suits your requirements. Once you have purchased the Disney+ subscription, you can then enter your login credentials to enjoy streaming Disney+ on your PS4 or PS4 Pro. You can cancel Disney Plus immediately if you don’t like the service.

Can You Watch Disney Plus in 4K on PS4?

Yes, you can watch Disney Plus in 4K on PS4, but you will have to pay a few extra charges to do so.

However, there is one major caveat for PlayStation 4 users: to stream in 4K resolution, you must have a PS4 Pro. Unfortunately, the standard/original PS4 and PS4 Slim do not support the 4K streaming of Disney Plus.

What can I watch on Disney Plus with PS4?

Thinking about what can you watch on Disney Plus? You can watch all Disney Plus titles available in your region on PS4.

You can enjoy some cool new flicks, including Pinocchio 2022, a hugely popular new TV show that is sure to please all the fans, and you can also watch all of the Star Wars films and the critically acclaimed Star Wars: Andor.

Meanwhile, anyone looking for TV nostalgia can watch The Muppet Show’s first five seasons and every episode of The Simpsons ever made. Then there are the family favorites, like Run Ricky Run, and Disney classics like The Lion King, The Jungle Book, and Finding Dory.

What to watch on Disney Plus on PlayStation

You can watch all your favorite movies and TV shows on Disney Plus on PlayStation from a collection of over 7500 TV show episodes and 500 movies. In our next section, we have compiled a list of the Best Movies and Best TV shows on Disney+ on PS4.

You can enjoy the following list of popular TV Shows on Disney+, and if you face any issues while streaming these shows, you can read our guide on why Disney Plus is not working:

Disney+ lets you access the following popular Disney Plus movies in its library, and you can easily change language on Disney Plus if you want to watch the movies in another language:

What other devices does Disney+ support?

You can access Disney+ on the following devices, including Disney Plus on Roku:

Are PlayStation Models Compatible with Disney Plus?

The following models are compatible with Disney Plus:

How Can I Watch Disney+ on PS5?

You can easily watch Disney+ on a PS5. The PS5 version of Disney Plus is just as simple to download as it is for the PS4. Just carry out these steps.

What are the Other Streaming Services Supported by PS4?

The days of considering gaming systems like the PS4 just for video games are long gone. Currently, you can use your PS4 to stream a number of your preferred TV series or films thanks to a variety of providers; a few of these streaming services are listed below:

Is Disney Plus available on PS4?

If you have a PlayStation 4, you’ll be happy to know that you can watch Disney Plus. Regrettably, if you have a PS3, Disney Plus is not currently available on your console, and it is unlikely that this will change. Fortunately for PS4 Disney Plus owners, the installation process is fairly simple. So, even if you’re a parent who wants to surprise your children with a Disney Plus subscription but isn’t familiar with using a PS4, you won’t have any trouble.

Why is my Disney Plus lagging on PS4?

If your Disney Plus is lagging on PS4, then you may try launching the app without the cache. While launching the app, you can do this by holding the L1 and R1 buttons on your controller. Also, ensure that you are using a stable and fast internet connection.

Why won't my Disney Plus work on my PS4?

If Disney Plus PS4 isn’t working, it may be because your ISP’s DNS service isn’t functioning properly and preventing your console from efficiently communicating with the Disney Plus servers. Changing your DNS settings to utilize different DNS servers will be helpful if this is the root of the problem.

How do I clear Disney Plus cache on PS4?

Why does Disney Plus freeze on PS4?

When watching a movie or television show on Disney Plus, if the video continues stopping, it’s possible that your network connection is struggling to keep up with the app’s bandwidth demands. Change your playback preferences to lessen the burden on your network as a possible solution.

Why is Disney Plus so quiet PS4?

Depending on the episode or movie you’re watching or the device you’re using, Disney+’s low volume may have a variety of causes. But generally speaking, the Dolby Atmos audio that the streaming service uses in its original series is the reason why programs like Moon Knight and The Book of Boba Fett seem quiet.

How to cancel Disney Plus on PS4?

You can cancel your Disney Plus subscription on PS4 by following the steps below on how to delete Disney Plus on PS4:

You now know how to access Disney Plus on PS4. Even if Disney Plus is unavailable in your country, you can still access it with the help of a VPN like ExpressVPN and enjoy its streaming experience on your PlayStation.