Depp vs. Heard: $50 Million Defamation Trial to End with Heard’s Testimony on 27 May 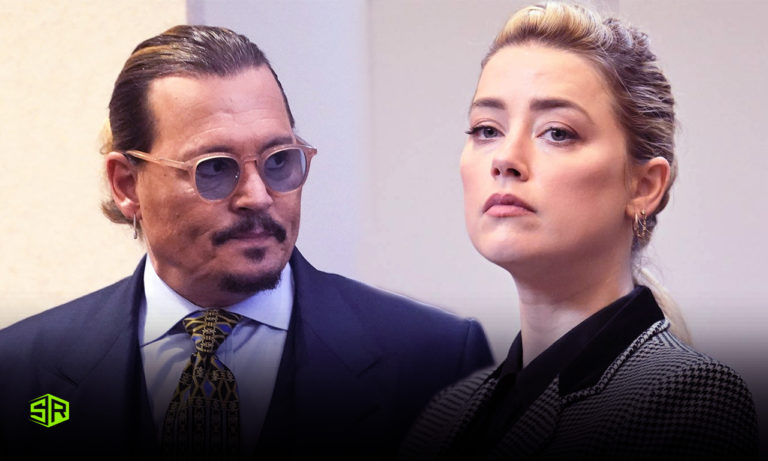 In Johnny Depp’s $50 million defamation trial, Amber Heard gets to say the last words on May 27th. The actor is suing his ex-wife for an op-ed published in The Washington Post in 2018, insinuating Depp physically and sexually abused her during their marriage.

The Aquaman star is expected to take the stand once more on Thursday in the Fairfax County Courthouse. However, there’s one more rebuttal witness left from Depp’s side, and is expected to take almost an hour or so as the trial kicks off in the morning.

If the trial proceeds as it is, Heard’s will be the last witness testimony of the six-week-long trial that started on April 11th. The defendant’s case has just an hour of time left. A week ago, Heard was on the stand, and before the trial ends for good, she’ll be presenting her closing arguments early in the morning on May 27th.

On Wednesday, Johnny took the stand in court as the trial against Amber proceeds towards its end. He accused Heard of treating her own sister “like a punching bag.”

The accusations made by Depp came just after Heard’s sister, Whitney Henriquez, testified against him in the trial by claiming that she was a witness to Depp hitting her sister.

Although in his latest testimony, Depp denied the said allegations and told in detail about his relationship with Whitney. He recalled that he “took to her very quickly” initially.

“She was a very sweet kid, she was wonderful,” Depp said, adding that she “got the dirty end of the stick” by sister Heard, who treated her “both as a trusted sister and friend” or a “lackey or punching bag or dartboard.”

Depp went on to say that he witnessed Heard throwing wine in Whitney’s face at one point. He stated: “She would have wine thrown in her face. Whitney was trying to please her sister. Trying to be up to snuff.”

Depp talks about the relationship between #AmberHeard and her sister Whitney. He said Whitney was either the punching bag or the dartboard….."or whe would have wine thrown in her face"#JohnnyDepp @LawCrimeNetwork pic.twitter.com/S0Z7DSy0JG

“It just seemed like she got shot down … I’ve certainly seen Miss Heard grab Whitney, push her around,” he further said.

He also said that after the two got into a fight, Heard and Whitney, the latter was told by the former to ‘get out!’ of his and Heard’s Los Angeles apartment.

Depp: Whitney moved out of penthouse 4 long before the marriage. And it was due to an argument that Miss Heard and Whitney had had, which had to do with Whitney working at the Art of Elysium with Jennifer Howell … Amber asked her to leave, get out. #JohnnyDeppVsAmberHeard pic.twitter.com/lpOeSR6NtX

Supermodel Kate Moss: “No, he never pushed me, kicked me, or threw me down any stairs”

On Wednesday, supermodel Kate Moss also presented herself as a witness on behalf of Depp with whom she was in a romantic relationship between the years 1994 to 1998. She stated in clear-cut tones that during the course of their relationship she has never ever been pushed or assaulted by Depp in any way.

Heard, in her testimony, referenced Moss by adding fuel to the fire of a rumor that Depp was the one who pushed her down a set of stairs when they were dating.

While serving as a rebuttal witness, Moss can be clearly heard saying that Depp never assaulted her, and he was the first one to rush to her aid when she slipped down a flight of stairs at a Jamaican resort after a rainstorm.

Her testimony lasted less than 5 minutes, and Heard’s team thought it better not to cross-examine her.

During his own testimony, Depp stated that the incident happened just as Moss said. According to him, he had recounted the story to Heard years ago, and she twisted it around by saying:

“Ms. Heard took the story and turned it into a very ugly incident, all in her mind.”

WATCH: Kate Moss describes the "stairs" incident.
She says here had been a rainstorm and she slid down the stairs. She screamed. #JohnnyDepp ran back to help her and carried her to her room, got her medical attention. #AmberHeard @LawCrimeNetwork pic.twitter.com/yFd8PJYqwE

Previously, Depp’s psychologist, Dr. Shannon Curry has stated that after studying Heard’s behaviors, she has diagnosed her with two personality disorders. So, we can assume Heard’s treatment of Whitney doesn’t come as surprising.

On Wednesday, another testimony was presented by an ex-employee of TMZ who testified at the defamation trial and revealed what it’s like for some stars to work with the paparazzi.

Tremaine said he was the one who was assigned to photograph Heard when her divorce process was ongoing on three occasions. He stated on August 6th, 2016, he was told to dispatch paparazzi to a parking lot adjacent to a law office where Heard was to make an appearance for a disposition.

“Do you typically send paparazzi to parking lots of law offices?”

“No, not at all,” Tremaine replied.

“Did you get the shot of Ms. Heard?” Vasquez asked

He further stated that on August 12th, 2016, TMZ received a “video depicting Johnny Depp slamming some cabinets that was captured by Ms. Heard.” According to him, “The video was sent in through our email tip line.”, to which TMZ owns the copyright.

Vasquez then asked him, “How does TMZ obtain copyright over images and videos?”

“The only way to obtain copyright over media would be if we shot it ourselves, if it was sent to the tip line and the source verified it was from the original copyright owner and then either purchased from that person or given to us and then the third option would be if it was directly given to us by the copyright holder like a direct source.”

He also said that TMZ got to verify the source so quickly that they had the video up and running in 15 minutes. He also told the jury the video they posted was edited.

“It was much shorter than the video that’s been played in this trial,” Tremaine testified. “There was a bit at the beginning that was played here in which Ms. Heard is seemingly sort of setting up the camera and getting into position. And then, there’s a bit at the end where she’s seemingly snickering and looks at the camera. That part was not present in what we received.”

He was asked if TMZ was the one who edited the video, he replied:

Here’s a clip from Tremaine’s testimony:

Tremaine testifes the video of #JohnnyDepp slamming the kitchen cabinets TMZ recd was shorter than the one played in trial. He said the beginning where #AmberHeard sets up the camera and the end where "she seemingly snickering and looks at the camera" was not in the one we recd. pic.twitter.com/PcnZW5KYxw

While cross-examining Tremaine, Heard’s lawyer accused him of seeking “15-minutes of fame.” to which the ex-employee rebutted with:

“I stand to gain nothing from this. I’m actually putting myself kind of in the target of TMZ, a very litigious organization. And I’m not seeking any 15-minutes here. I could say the same thing about taking Amber Heard as a client, for you.”

Meanwhile, Depp and his lawyer had a hard time holding back their laughs at Tremaine’s subtle roast of Elaine, Heard’s lawyer.

Cross-exam:
Bredehodt: "This gets you your 15 minutes of fame, doesn't it?"

Tremaine: "I could say the same thing about taking #AmberHeard as a client, for you."#JohnnyDepp pic.twitter.com/OaCXIwJwWR

In March 2019, Depp sued Heard over a Washington Post op-ed in which the actress claimed that she was “a public figure representing domestic abuse.” Although the article never mentioned Depp, it was insinuated that he’s the one who abused her. Depp stated that he was “devastated” about his already waning career.

However, the actor turned the tables when he revealed he was the one who was being abused in the relationship.

After Heard’s legal team failed to get the case dismissed or moved out of Virginia, she countersued Depp in 2020 for $100 million. The actor claimed that Heard and her team should be sanctioned for getting the case dismissed.


The countersuit came just a few months prior to Depp’s losing his libel case against The Sun tabloid, which called him a “wife-beater.” in November 2020. Depp’s lawyers were bewildered at the outcome; while appealing to the court stated that their client did not get a fair trial.

The entire world watches as the celebrity couple battle it out for the win. Although it’s pretty clear that the losing side will be aiming to appeal nonetheless and continue their take-no-prisoners stance throughout.

Let us know if you’re keeping tabs on the defamation trial in the comment section below and how Depp will bag this one.